This year, new research showed that there’s still a long way to go before there is gender parity in the crypto and blockchain space. WEF’s April Global Gender Gap Report 2021 found that it will take close to 135.6 years to close the gender gap due to the COVID-19 pandemic.However, that hasn’t stopped these women who used blockchain technology and cryptocurrency to tackle a whole range of social issues ranging from girls’ education in developing countries to the wealth gap in black communities in the United States. In no particular order, these 10 women are changing the world using crypto one block at a time. 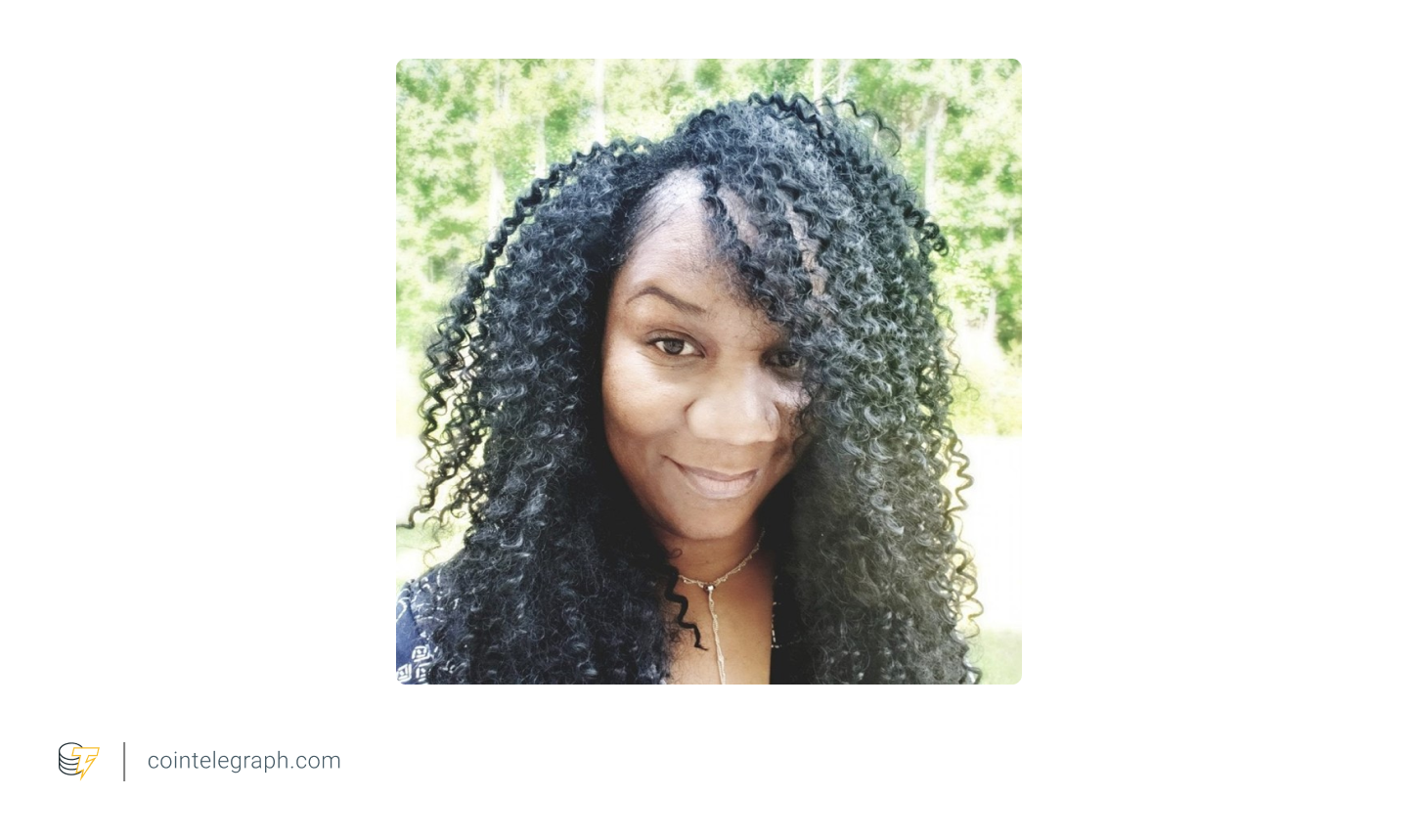 Tavonia Evans is the founder and lead engineer of GUAP Coin, which she created to help close the wealth gap and support black-owned businesses in the United States. Despite being hospitalized with COVID-19 and facing sweeping funding cuts, Evans says that her company accomplished more this year than ever before.“We’ve onboarded hundreds of women of color into the Masternode space, an area of crypto that is largely male-dominated,” she told Cointelegraph. 70% of GUAP nodes are owned by women of color.This year, the company onboarded its first brick-and-mortar merchants. It also launched the xGUAP wrapper on Binance Smart Chain. 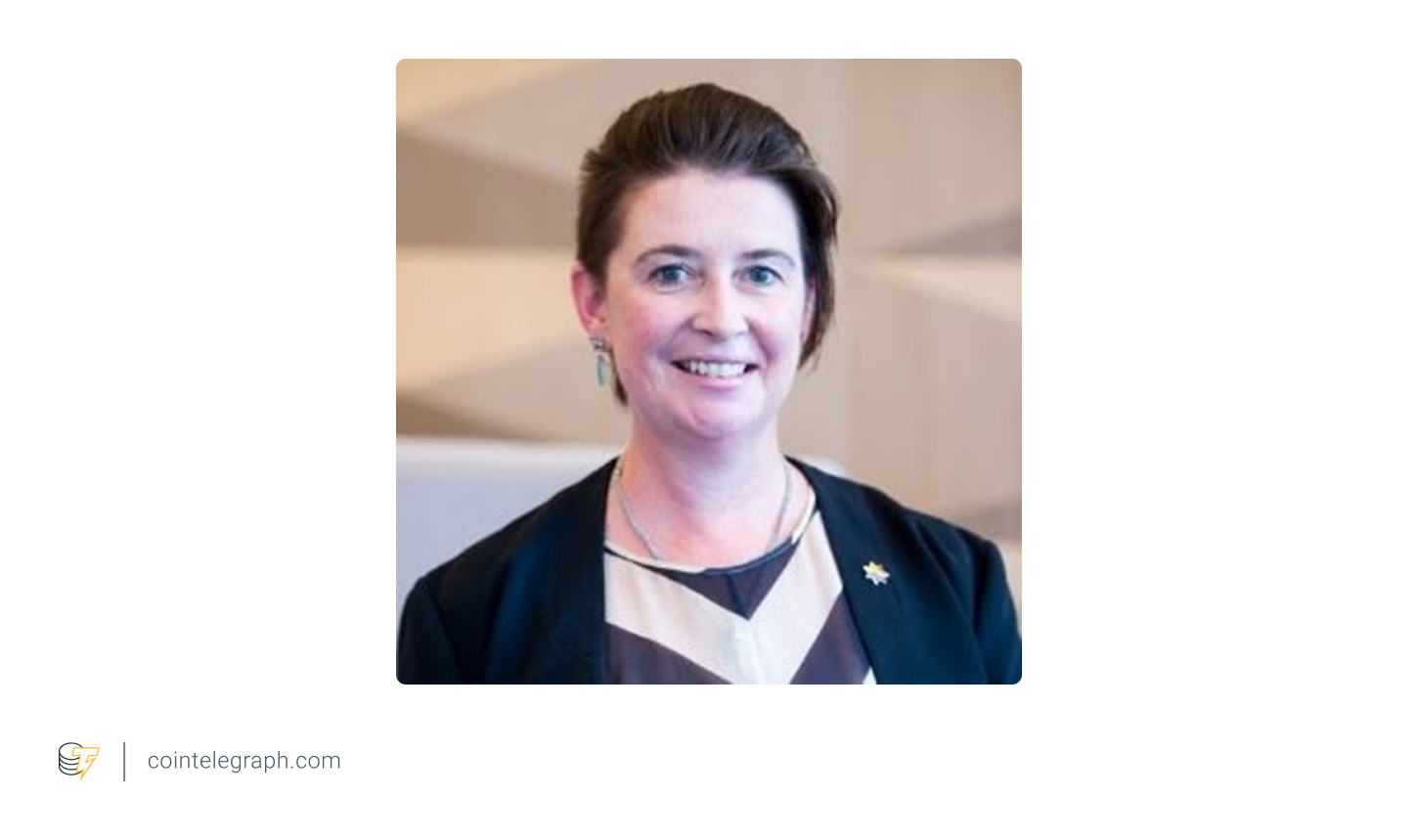 Lisa Wade was the 2021 recipient of Blockchain Australia’s Gender and Diversity Leader of the Year award, which recognized her work advocating for women and LGBTIQ+ people in the blockchain industry.She is the founder of NEOMI, an investing ecosystem that connects charity entrepreneurs looking to raise capital with investors looking for authentic impact investments. Wade explained to Cointelegraph:Wade is also the chair of NAB Pride and pioneered the Australian bank’s “Rainbow Women” initiative, which gives LGBTIQ+ women a space to speak about issues that are holding them back on career development in the finance sector.She also continued her work in environmental activism, co-creating a blockchain initiative called Project Carbon which tokenizes voluntary carbon credits. 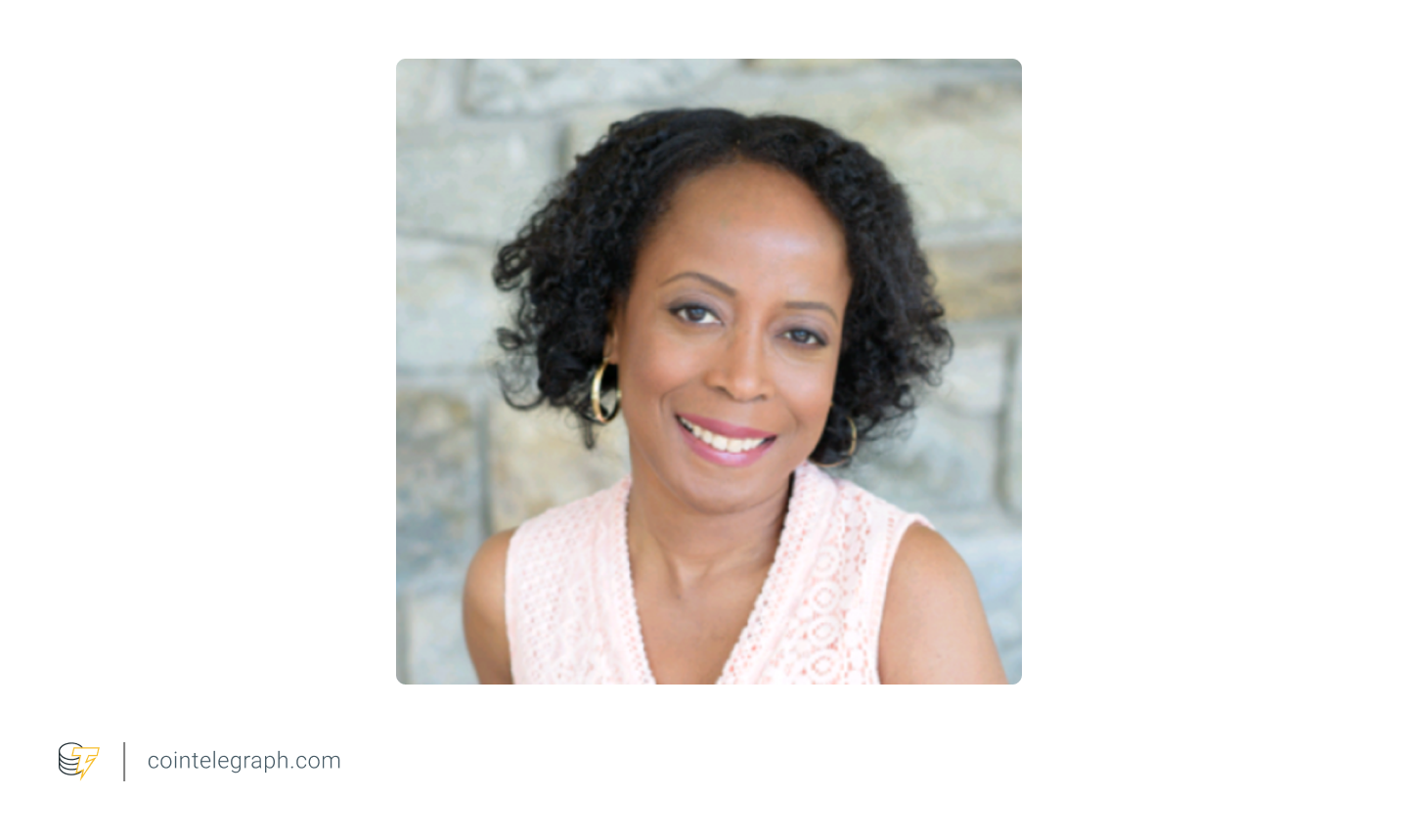 Olayinka Odeniran is the founder and Chairwoman of Black Women Blockchain Council (BWBC), which is working toward increasing the number of black female blockchain developers to half a million by 2030. Over the past year, the BWBC partnered with blockchain software company Consensys to help African people throughout the globe get involved in crypto. She also launched a room on social audio app Clubhouse called “What The Hell is Blockchain” and a community site where members can network and learn about everything from nonfungible tokens (NFTs) to decentralized autonomous organizations (DAOs).In case this wasn’t keeping her busy enough, she also released a social impact NFT collection CyberMermaid through ocean conservation nonprofit The Dope Sea.In 2022, Odeniran plans to host a month-long event for Women’s History Month in March and release a new program to teach African women about NFTs and blockchain. 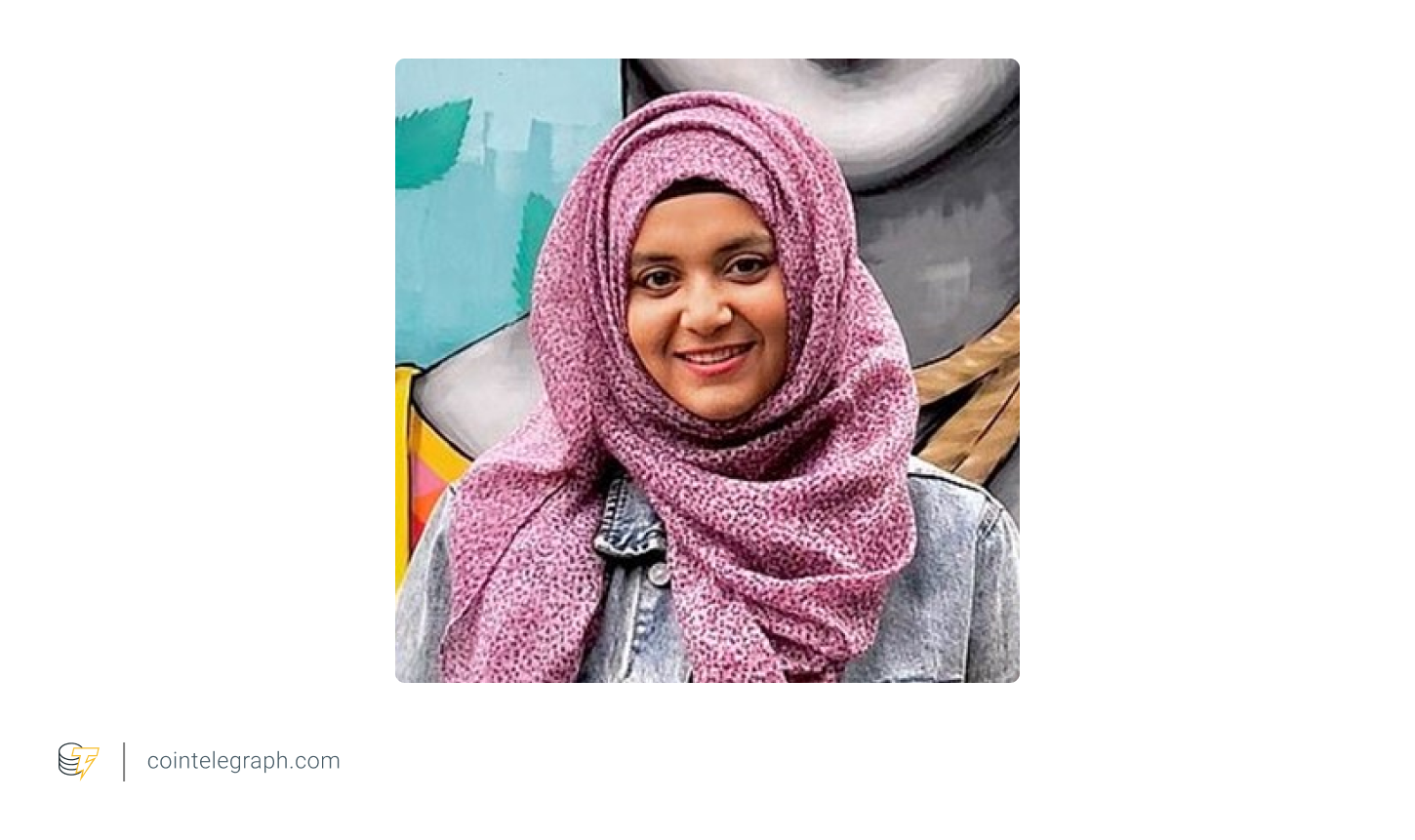 Maliha Abidi is a Pakistani-American author and internationally acclaimed visual artist. She founded ‘Women Rise NFTs’ this year. The collection of 10,000 NFTs represent diverse women from around the world including activists, artists, scientists and coders. The collection has been featured on the front page of Rarible and at DCentral Miami. Abidi also had an artist residency during Art Basel in Miami. According to Abidi, so far, 2,350 NFTs from the collection amounting to over 150 Ether (ETH), around $591,000, have been sold to 1,200 unique buyers including some big names like Randi Zuckerberg and Gary Vee. 10% of the total profits from the project will be donated to charities supporting women and children.Abidi’s major project for next year will be the creation of the world’s first metaverse school for marginalized children from around the world. 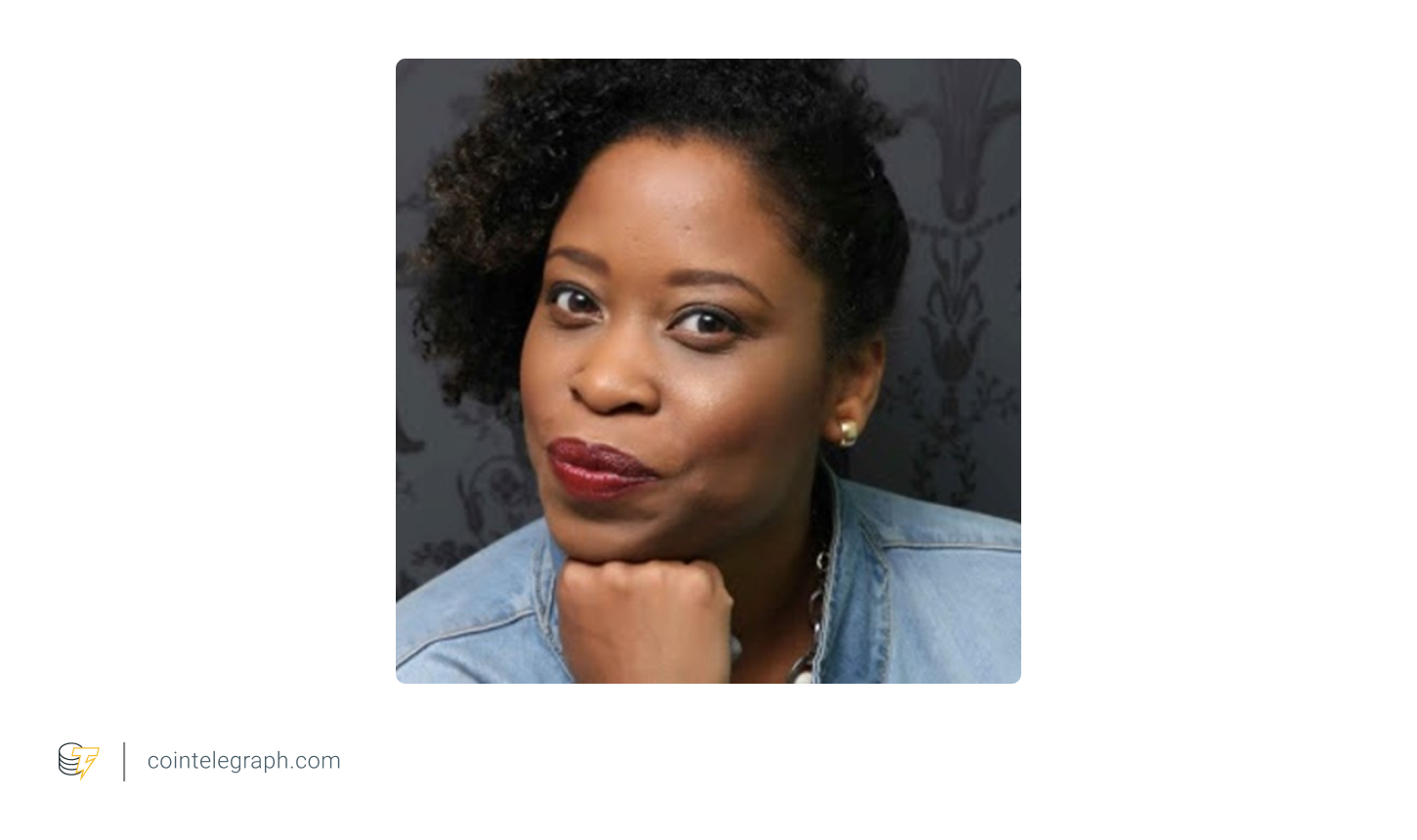 Lavinia Osbourne is the founder and host of Women in Blockchain Talks (WiBT), which is a female-led educational platform in the United Kingdom where women can network and learn about blockchain. She told Cointelegraph:This year, WiBT launched the 50k women into Blockchain by 2023 campaign, which Osbourne explained to Cointelegraph will “show that blockchain is for everyone as well as highlight the different pathways” to get involved in the space.Osbourne also founded the upcoming female-centric Crypto Kweens NFT Marketplace, which is currently being built on the Rarible protocol. WiBT introduced a Middle East ambassador to expand their international reach to women and marginalized groups wanting to learn about blockchain technology with translated versions of their educational material. 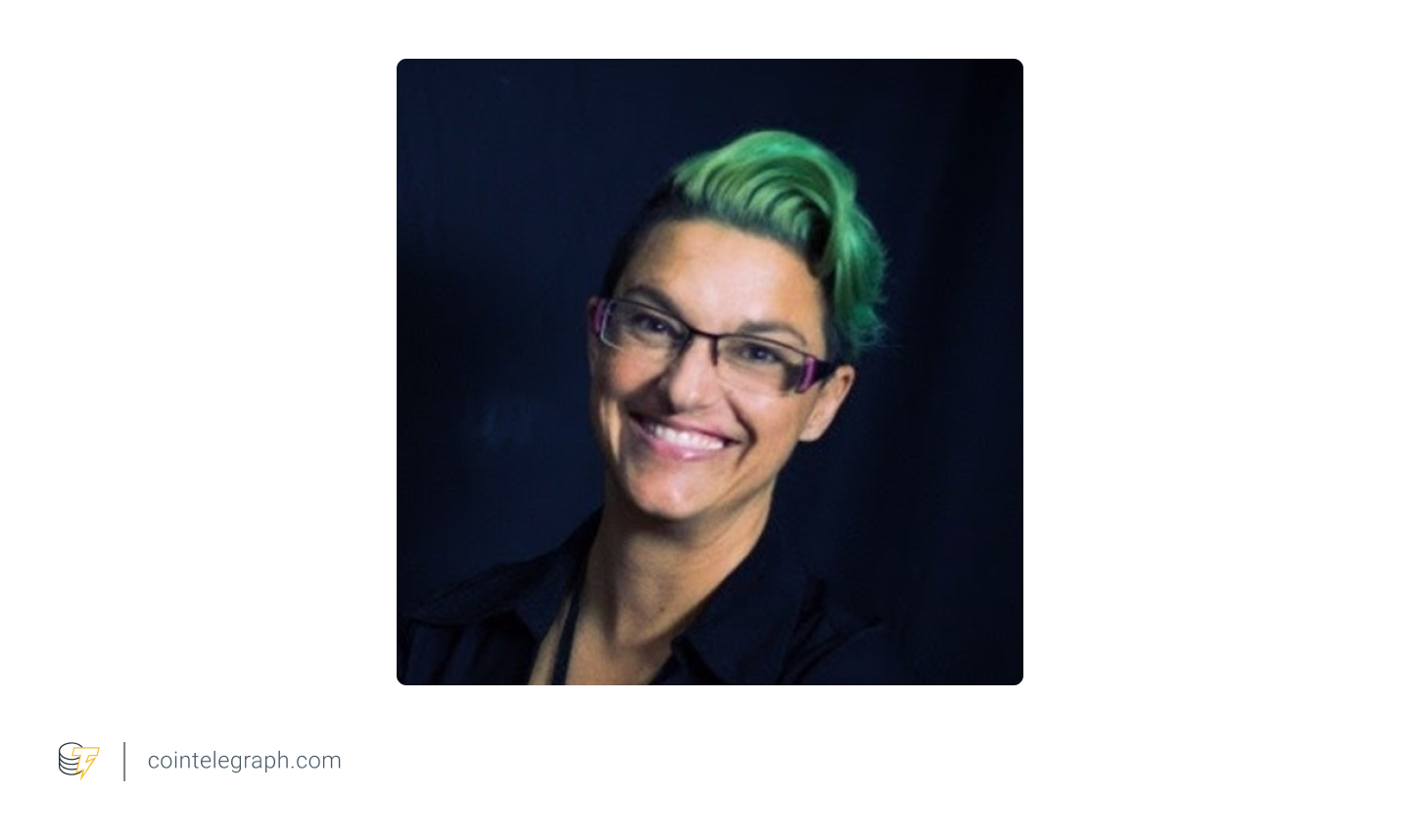 Jen Greyson is a Utah-based advocate of women’s empowerment through cryptocurrency and a board member for Kerala Blockchain Academy (KBA) in India. KBA trains women in STEM and blockchain to become leaders in the space. In 2021, it introduced several new blockchain courses, including two free foundation programs. The Academy trained close to 7,000 students this year, with over 6,000 students enrolling into the foundation programs in less than four months. She told Cointelegraph: “The blockchain training program aimed to equip start-ups and individuals with the requisite knowledge, skills and attitude” needed to crack into the sector. Greyson added further:This year, the Academy’s vaccine traceability solution Immunochain was selected for a government health program in Kerala. KBA also developed a blockchain-powered multi-party document signing and verification system called Sign-A-Doc.In 2022, Greyson will be launching an NFT podcast and an academy “focused on bringing more crypto education to the feminine.” 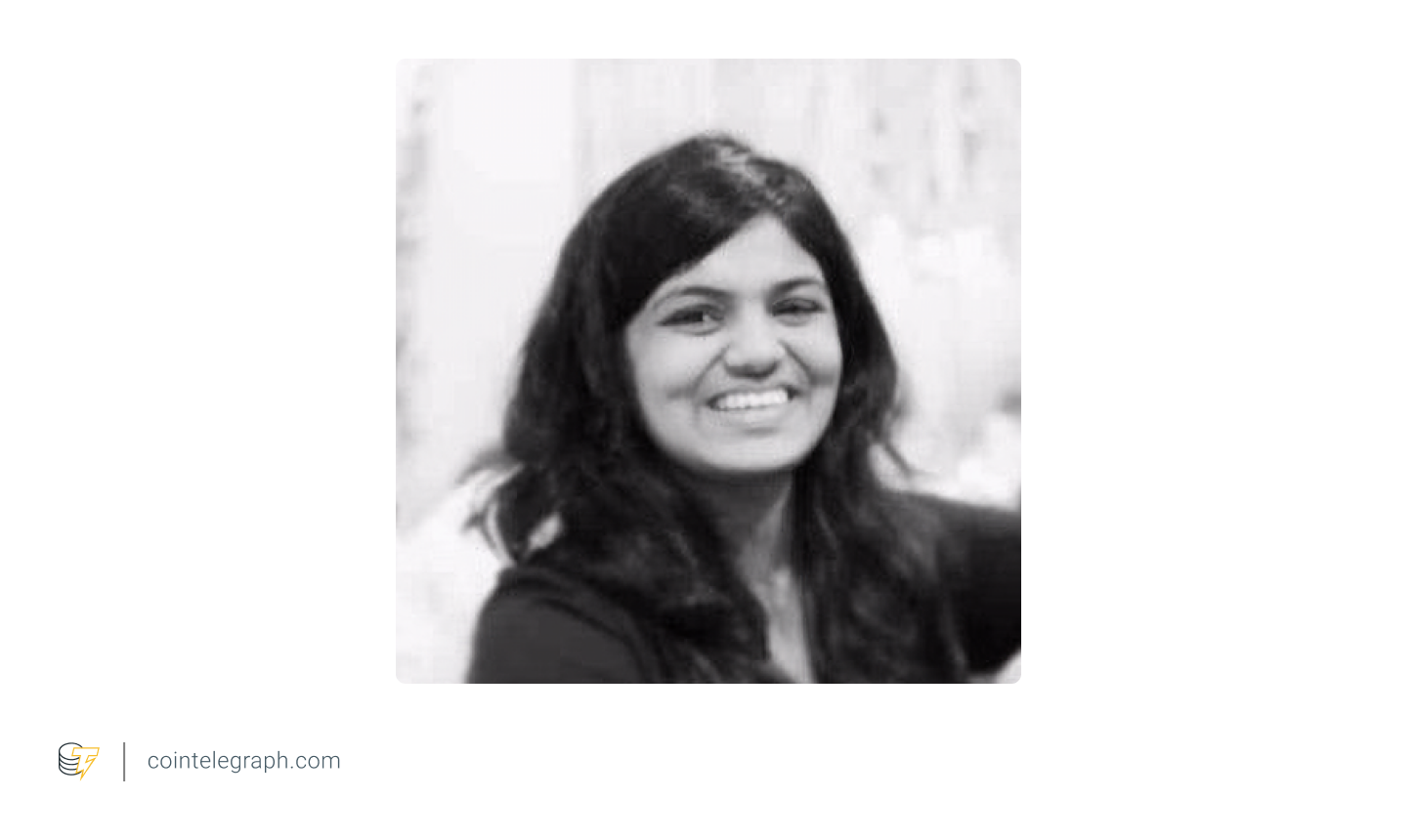 In May this year, Manasia Vora co-founded the Komorebi Collective on Syndicate, becoming the first investment DAO focused on funding female and non-binary crypto founders.She is also the founder of the non-profit Women in Blockchain (WIB), which aims to provide a space for women to mentor each other about blockchain and crypto. “We aim to connect women to thought leaders in this space to inspire, collaborate and encourage others,” she said in a LinkedIn post. On Dec. 15, WIB tweeted: 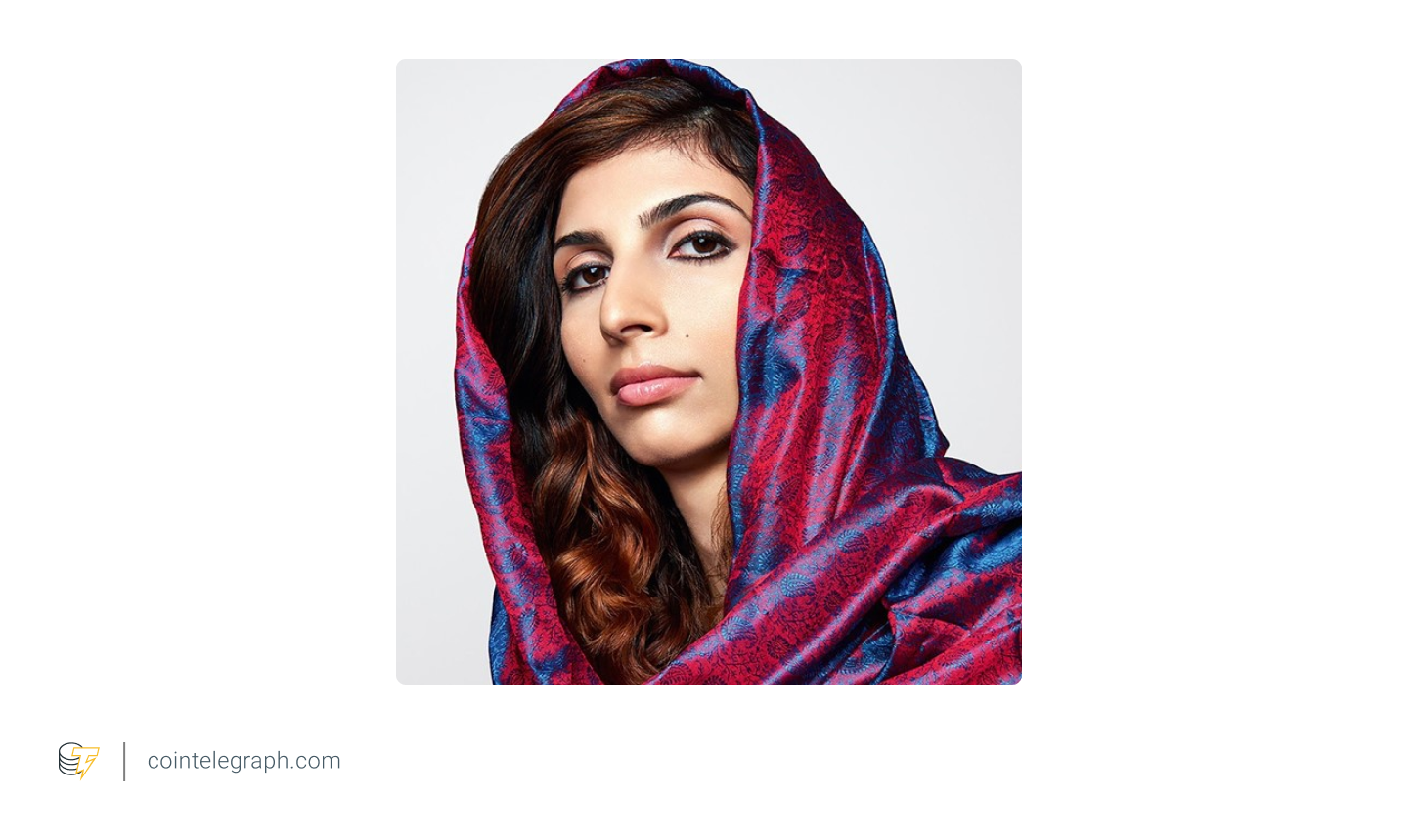 Roya Mahboob is not only an internationally-recognized activist but was also one of very few female tech CEOs in Afghanistan before being forced to flee in September this year when the Taliban took over control of the country.She is the founder and CEO of Afghan Citadel Software Company (ACSC), where over half the employees are women. Because many Afghan women are unable to access a traditional bank account, she pays her employees in Bitcoin. In an August interview with CoinDesk, she said:She is also a board member and president of the Digital Citizen Fund (DCF), a non-profit aiming to educate girls and women from developing countries about technology and finance. Mahboob also sits on the advisery board of Ashford University’s Forbes School of Business & Technology and recently created EdyEdy, a platform that helps young people from developing countries learn practical digital literacy skills. 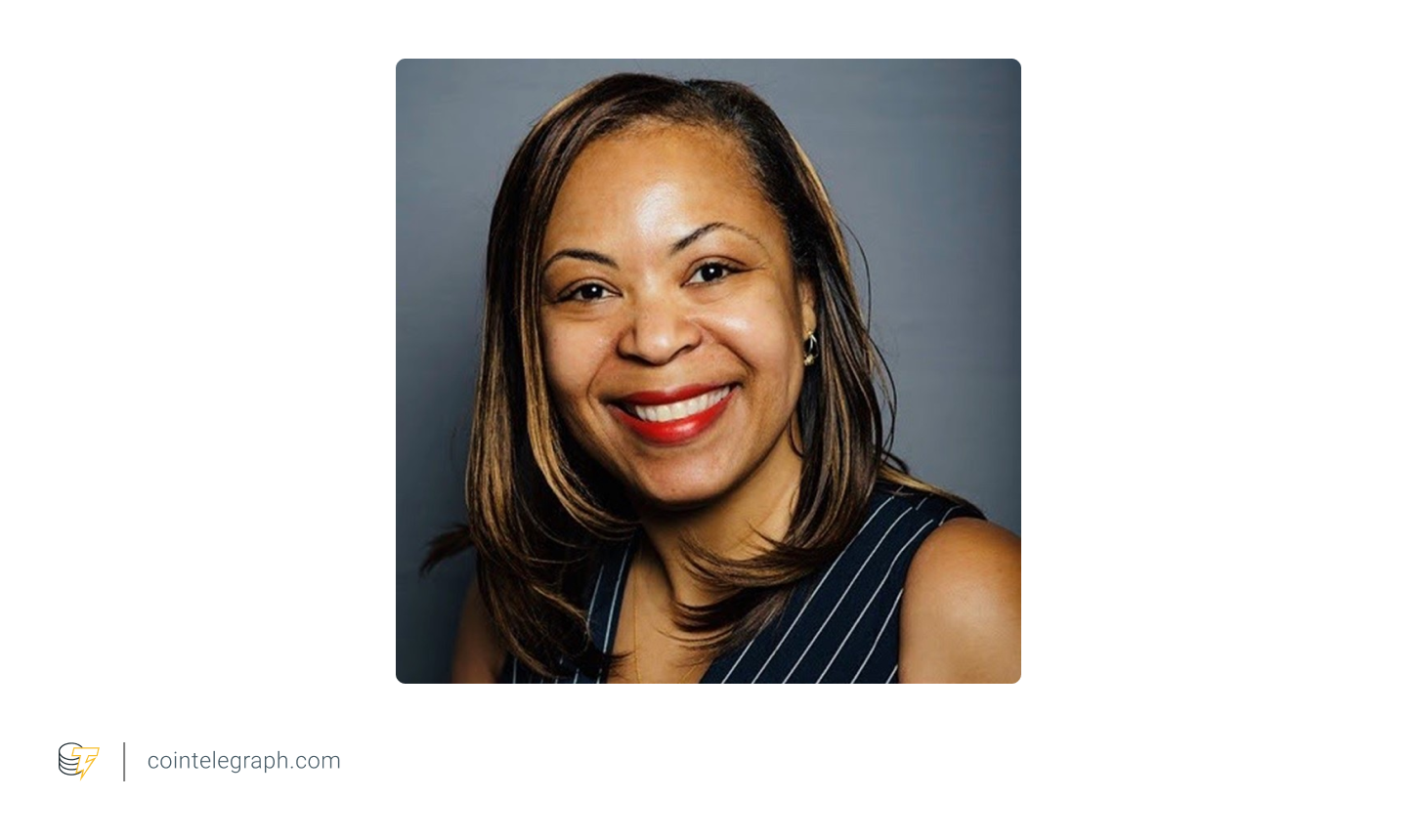 Cleve Mesidor is the author of My Quest for Justice in Politics & Crypto, and a former appointee of the Obama administration.She was appointed as public policy adviser at Blockchain Association in March this year and is a Mayoral Appointee for the DC Innovations and Technology Inclusion Council. She is also the founder of the National Policy Network of Women of Color in Blockchain, and LOGOS, a social platform on the blockchain for activists. 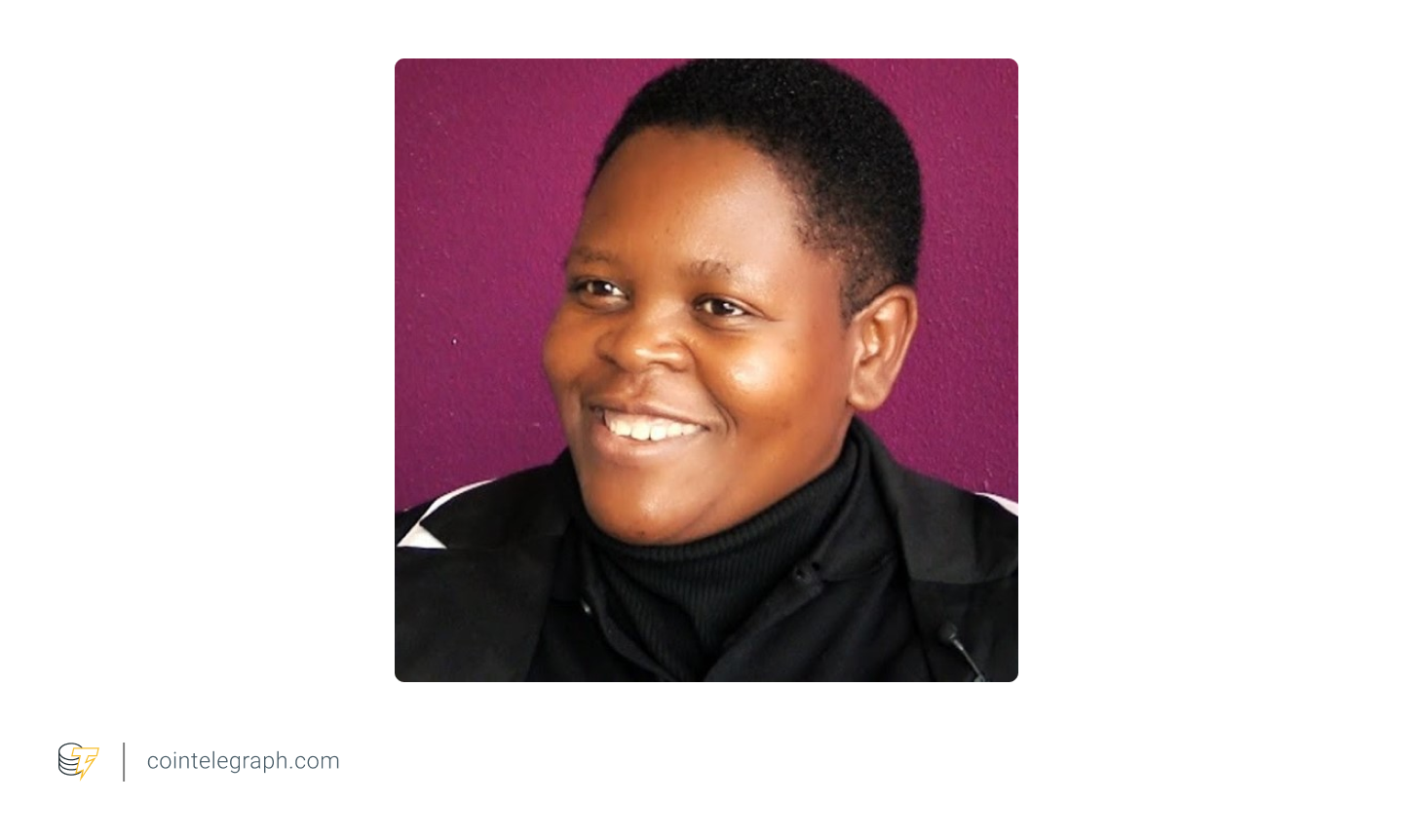 The Botswanan “Bitcoin Lady” Alakanani Itireleng is the CEO of the Satoshi Centre, which educates members of her community on how they can make money from crypto and blockchain technology.The self-funded center is in the process of developing an incubator where startups will be able to network with potential sponsors or mentors. She has campaigned for the Bank of Botswana to regulate and legitimize Bitcoin as a legal currency and is also developing a local crypto wallet that will be able to directly connect to regular ATMs. In a July interview with Forbes, Itireleng said, “I was feeling that there’s something about Bitcoin that is unique, that is different from normal fiat money.” She added further: “I always call it a currency of love.”

The future is Bitcoin, according to South Park creators