Crypto markets tanked again after Bitcoin (BTC) price slipped to $47,500 on Dec. 9, but most analysts agree that the price is destined to remain in the $40,000 to $55,000 range until the holiday season has passed. 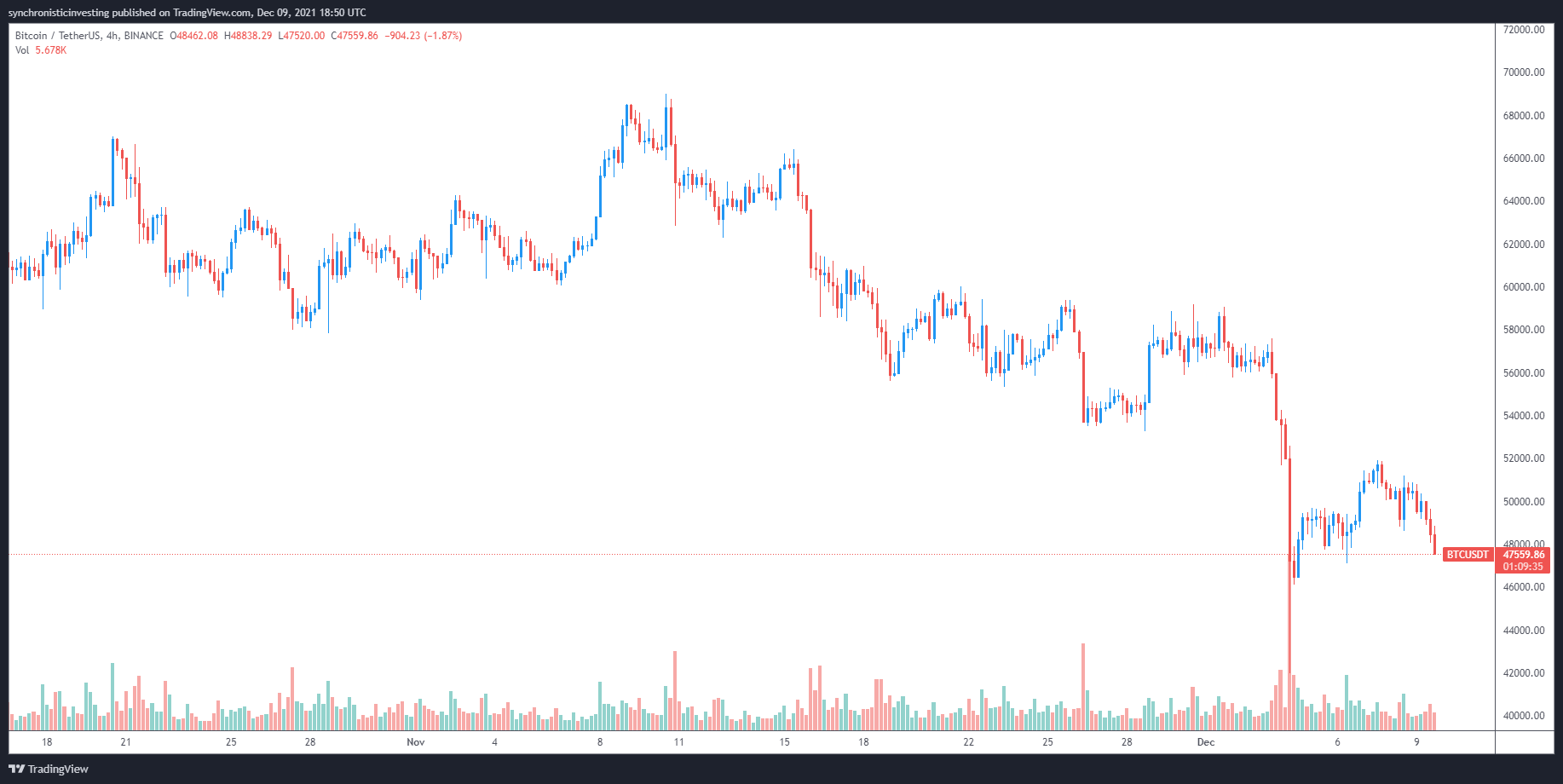 Data from Cointelegraph Markets Pro and TradingView shows that the early morning defense of the $50,000 support level was overwhelmed by sellers and according to independent market analyst Ben Lilly, bids at underlying support levels are not inspiring much confidence from bulls.Low bid pressure, return to neutral funding. This is starting to feel reminiscent of the price action we saw earlier this year as price bled to sub $30k.Here’s a look at what analysts and traders are saying about the recent price action and whether BTC’s current downside is a signal that a bear market is in the making.

Insight into the weekly price action was provided by analyst and pseudonymous Twitter user Rekt Capital, who posted the following chart, which outlines the levels of support and resistance that are currently relevant to the price action for BTC. 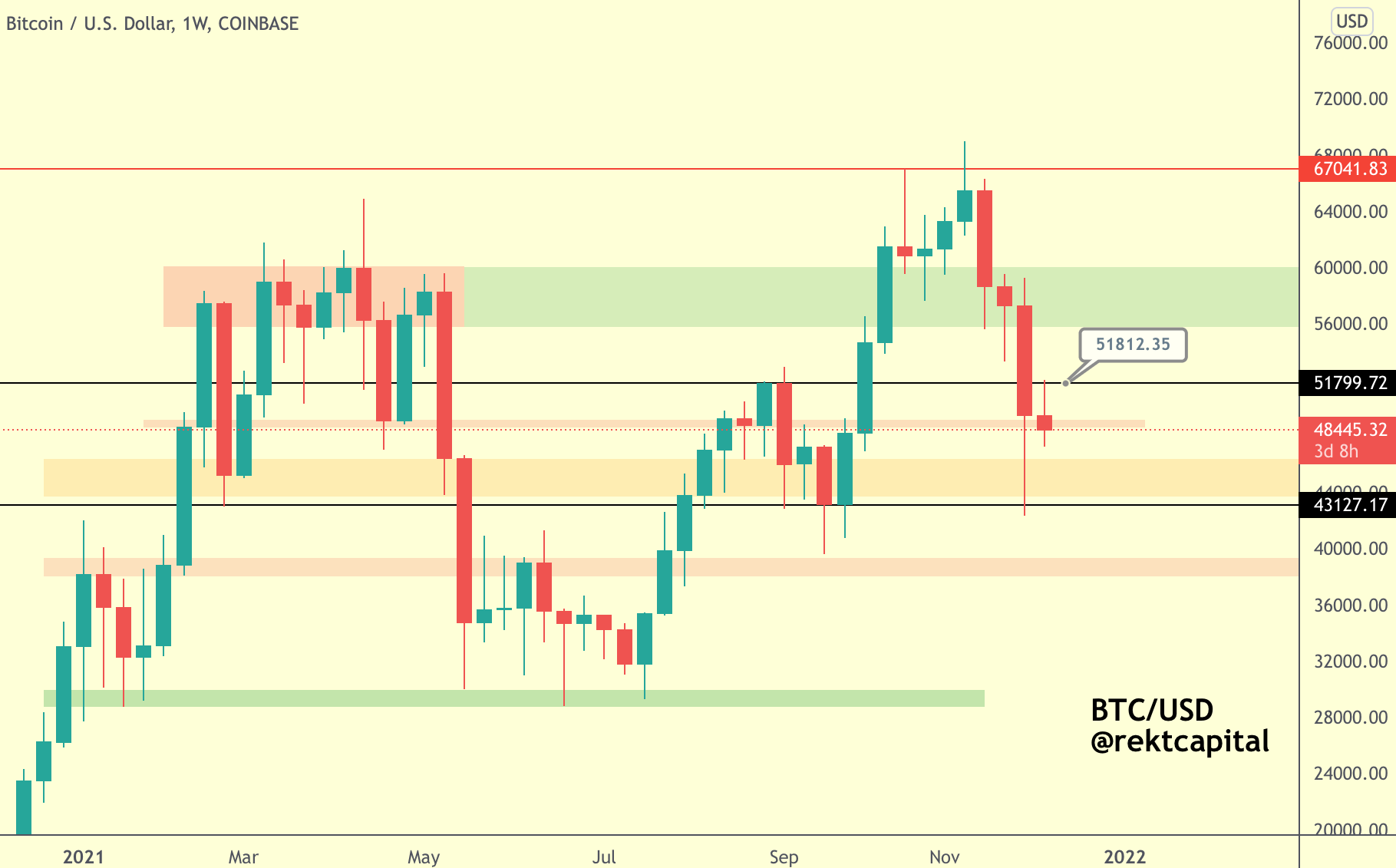 Rekt Capital said, Full-time trader and Cointelegraph contributor Michaël van de Poppe is also keeping an eye on the price action around these important support levels and posted the following chart outlining the “make it or break it” support level in the low $40,000s.

Further analysis of the weekly price action for BTC was provided by analyst and pseudonymous Twitter user TechDev, who posted the following tweet outlining the formation of pennants, which have proven to be followed by bullish breakouts in the past, on the Bitcoin chart.Still watching this #BTC weekly pennant action.

The most bullish moves often come from testing invalidation points.

Nobody said it was easy. pic.twitter.com/AtYfYr8OjbAs expressed by TechDev at the end of his tweet, nobody ever said that making money and holding firm on the long-term outlook for BTC was easy, and the biggest rewards are reserved for those that can persevere during times of struggle like that which the market is currently facing.

A final bit of insight was offered by the crypto trader and pseudonymous Twitter user Nunya Bizniz, who posted the following chart comparing the price action for BTC during the 2017 bull market cycle to the current chart and hinted at a possible breakout approaching for Bitcoin in the near future.

Nunya Bizniz said, While what happens with Bitcoin price in the near future remains to be seen, it’s looking as if the handful of $100,000 predictions by the end of 2021 will fall short and possibly not occur until sometime in 2022, if at all. The overall cryptocurrency market cap now stands at $2.25 trillion and Bitcoin’s dominance rate is 40.1%.The views and opinions expressed here are solely those of the author and do not necessarily reflect the views of Cointelegraph.com. Every investment and trading move involves risk, you should conduct your own research when making a decision.