Avalanche (AVAX) has rebounded strongly five days after testing a key inflection area as its support. Now, the AVAX/USD pair faces the possibility of continuing its upside retracement move further into Q2.

Additionally, the lower trendline of the AVAX’s prevailing descending channel pattern (possibly a “bull flag”) served as support. That raised the Avalanche token’s potential to extend its rebound move towards the channel’s upper trendline near $90, up almost 35% from May 5’s price.

AVAX’s price rally also coincided with similar upside moves elsewhere in the crypto market, partially due to Federal Reserve’s announcement on May 4 to hike interest rates by 0.5% against the widely-anticipated 0.75%.AVAX is up by about 20% when measured from its May 4’s lows near $59. Interestingly, its gains turned out to be higher than its top rivaling assets, including Bitcoin (BTC), Ethereum (ETH) and Polkadot (DOT). That could be due to Valkyrie.The Tennessee-based crypto investment firm announced on May 4 that it is launching an Avalanche Trust (VAVAX) for accredited investors. It set the minimum investment at $25,000 and, according to sources, has already attracted $25 million to its vaults.We’re excited to partner with @avalancheavax to launch the Valkyrie Avalanche Trust today! Gain secure access to $AVAX within the ease of a trust vehicle.
Learn more below pic.twitter.com/UvpnDId0lnThe launch comes after Avalanche saw uptrends in key metrics, including usage and revenue generation. In detail, the network’s average daily transactions nearly doubled in Q1/2022 (+82.8%) compared to the previous quarter, while its total income grew by 72.7% in the same timeframe, reports Messari researcher James Trautman. 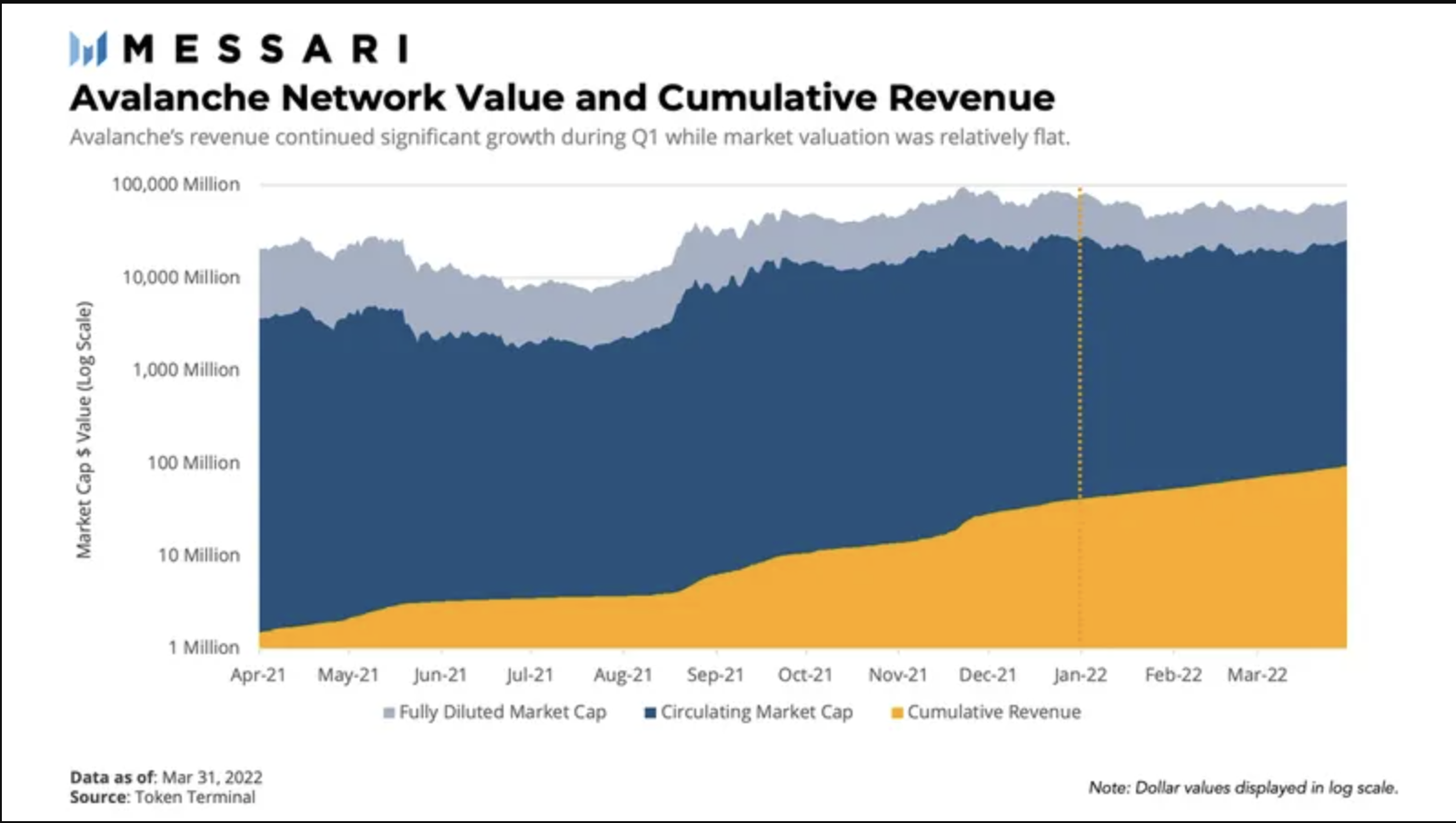 The analyst further highlighted that Avalanche’s revenue growth could put “upward pressures” on AVAX’s market value, given its proof-of-stake network burns 100% of fees (derived in AVAX), and thus lowers the total supply in circulation. Related: The birth of ‘Ethereum killers’: Can they take Ethereum’s throne?”This drives value to all token holders through increased scarcity rather than compounding the balances of validators and delegators,” Trautman wrote, adding:The views and opinions expressed here are solely those of the author and do not necessarily reflect the views of Cointelegraph.com. Every investment and trading move involves risk, you should conduct your own research when making a decision.