Bitcoin (BTC) lost almost $1,000 in the first hour of Wall Street trading on May 5 as a brief rally ended in disappointment. 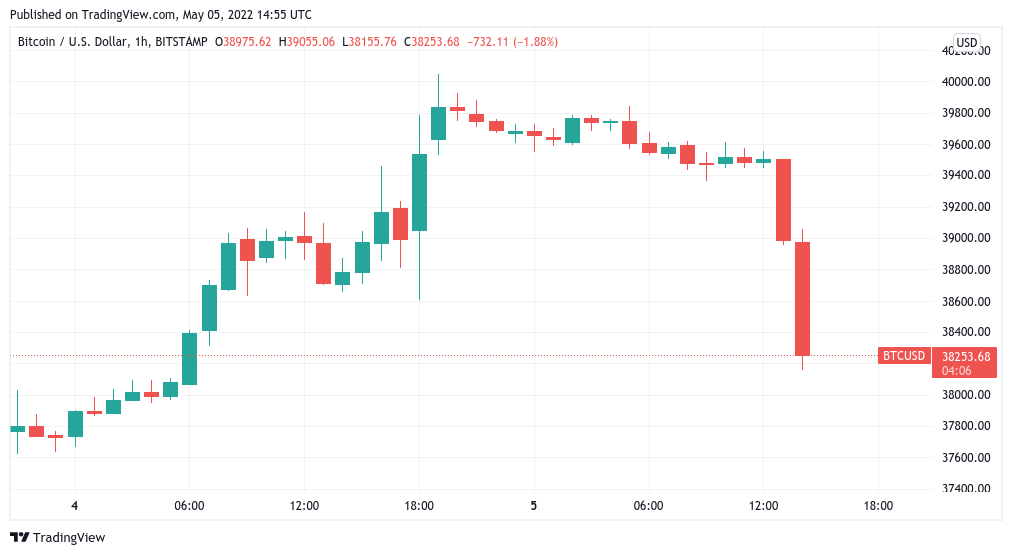 Data from Cointelegraph Markets Pro and TradingView followed BTC/USD as it returned to $38,130 on Bitstamp almost 24 hours after reaching weekly highs of $40,050.The move came courtesy of highly correlated United States stock markets, which opened with volatility after posting their own short-lived gains following comments from the Federal Reserve on May 4.At the time of writing, the S&P 500 traded down 3%, while the Nasdaq 100 was down 4.1%, all within the first hour of trading.Ah, stocks dumping after one day reactionary rally.

Tale as old as time.Traders were broadly unfazed by the cross-market price action. Focusing on Bitcoin, Cointelegraph contributor Michaël van de Poppe argued that there was room for a retest of $38,000 without unsettling sentiment.“Bitcoin looking at a HL in which I’d preferably looking at a potential long,” he told Twitter followers, referring to a higher low, or HL, possibly being printed on the daily chart.Meanwhile, fellow trader Cheds highlighted $37,500 as the level to hold to avoid deeper weakness next.“If we break 37.5k $BTC today watch out below,” he warned.That area has marked the lows for the month of May so far, having received two retests. 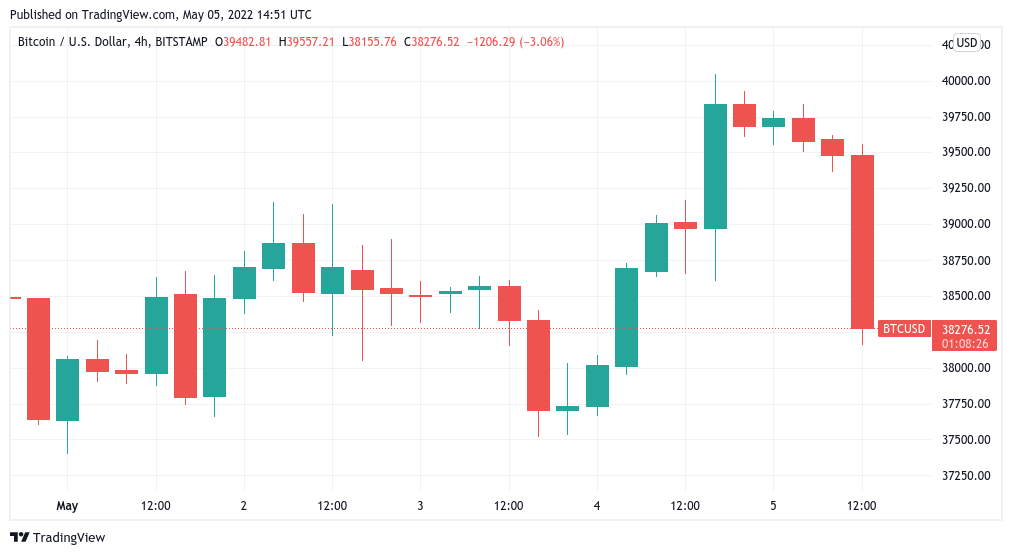 Investor behavior and data provided a refreshing contrast to concerns that Bitcoin whales were not ready to buy at current price levels.Related: GBTC premium nears 2022 high as SEC faces call to approve Bitcoin ETFAnalyzing inflows to the world’s first spot-based Bitcoin exchange-traded fund, the Purpose Bitcoin ETF, analyst Jan Wuestenfeld noted that a new record was set on May 4.On that day, 2,900 BTC entered the Bitcoin investment vehicle, hinting at the increasing scale of demand for BTC exposure among institutional investors.“It might have been Powell’s comment yesterday that they are not considering 75bps hikes, which has caused people to jump back in,” Wuestenfeld suggested, also sharing a chart from on-chain analytics firm Glassnode. He added that Purpose’s assets under management were just 2,000 BTC away from their all-time highs. 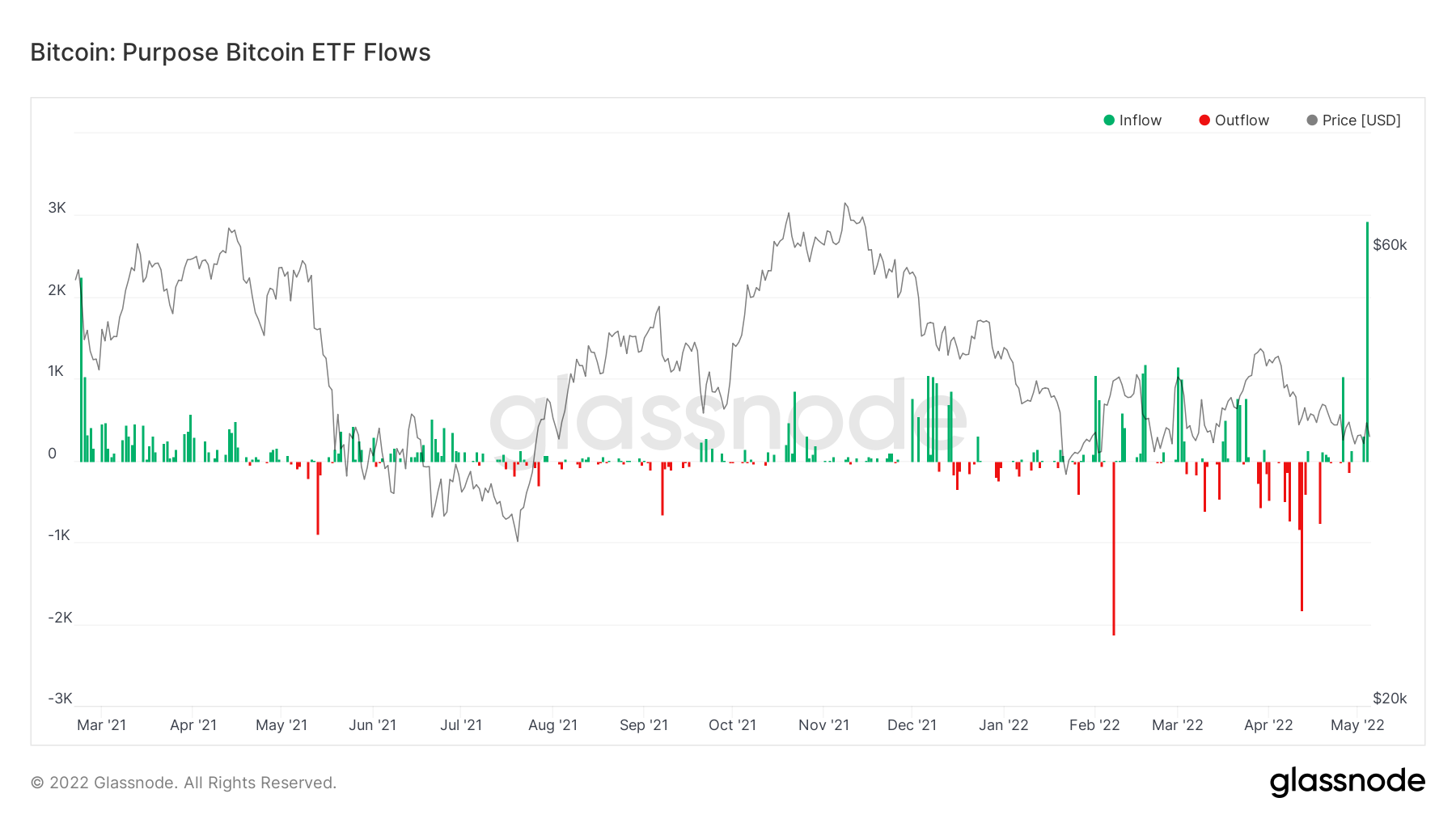