Bitcoin (BTC) fell further on the May 6 Wall Street open amid a warning that the U.S. equities sell-off was “not over.” 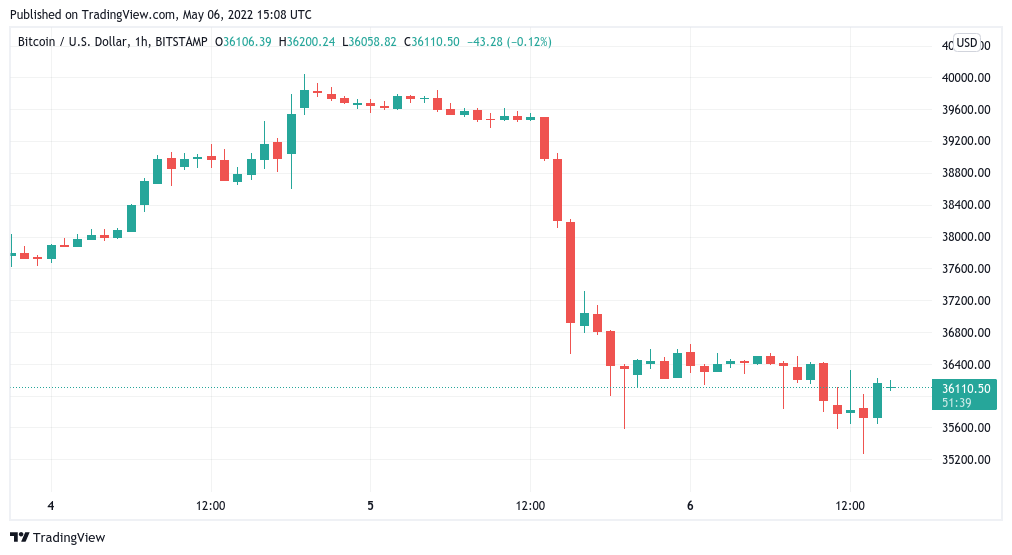 Novogratz: “We are not going to get a soft landing”

Data from Cointelegraph Markets Pro and TradingView showed BTC/USD hitting $35,268 on Bitstamp, bringing three-day losses alone to 11.9%.U.S. stocks, which had a seen a bloody May 5, were in no mood for a relief rally as the S&P 500 and Nasdaq 100 fell another 1% and 0.85%, respectively.”The Nasdaq sell-off isn’t over,” Mike Novogratz, CEO of cryptocurrency merchant bank Galaxy Digital, told CNBC.Commenting on the Federal Reserve’s plans for a “soft landing” when it came to bringing inflation down to target, Novogratz warned that such a scenario would not happen.On Bitcoin, meanwhile, comparisons were emerging between spot price action now and the same time last year.”Looks like BTC has flipped the ~$38,000 level into new resistance,” popular trader and analyst Rekt Capital told Twitter followers. A further tweet flagged BTC/USD approaching a long-term support range, one which functioned as the second of two important weekly chart supports along with a now-lost higher low. #BTC has lost one out of the two crucial Bull Market support levels:

This Range Low is what is supports a “Macro Re-Accumulation Range” thesis for #Bitcoin#Crypto https://t.co/3WmnTsCixL pic.twitter.com/6SMjrHziYg 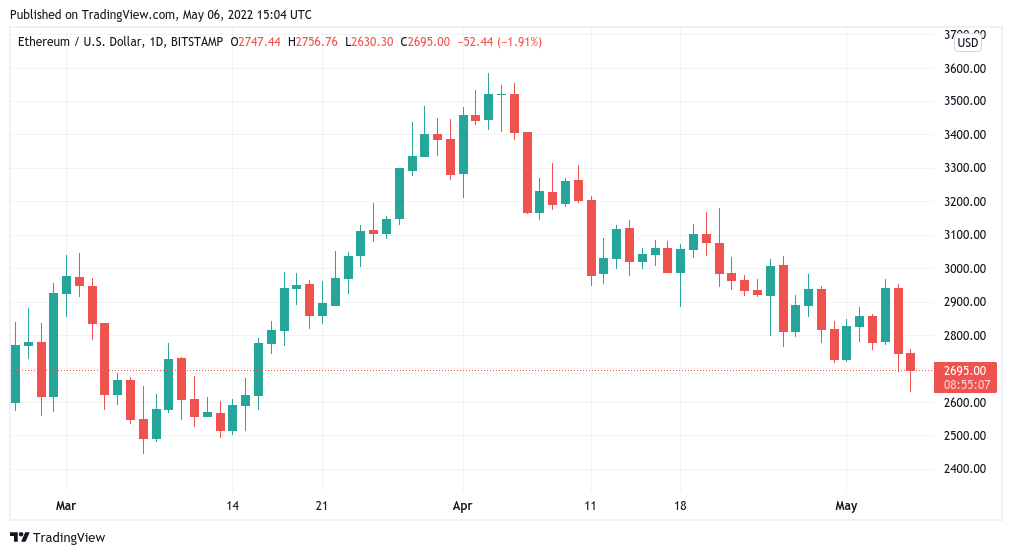 The overall cryptocurrency market cap, Bitcoin excluded, nonetheless approached major support on May 6.Altcoins index is about to break the main support. Next support is 50% lower.

Real capitulation below this level. pic.twitter.com/wtXHPUkiI9Bitcoin price targets, meanwhile, remained focused on $30,000 and under this week.The views and opinions expressed here are solely those of the author and do not necessarily reflect the views of Cointelegraph.com. Every investment and trading move involves risk, you should conduct your own research when making a decision.