Bitcoin (BTC) lost momentum at $51,500 on Dec. 24 as traders weighed the odds of a “Santa rally” coming true for Christmas. 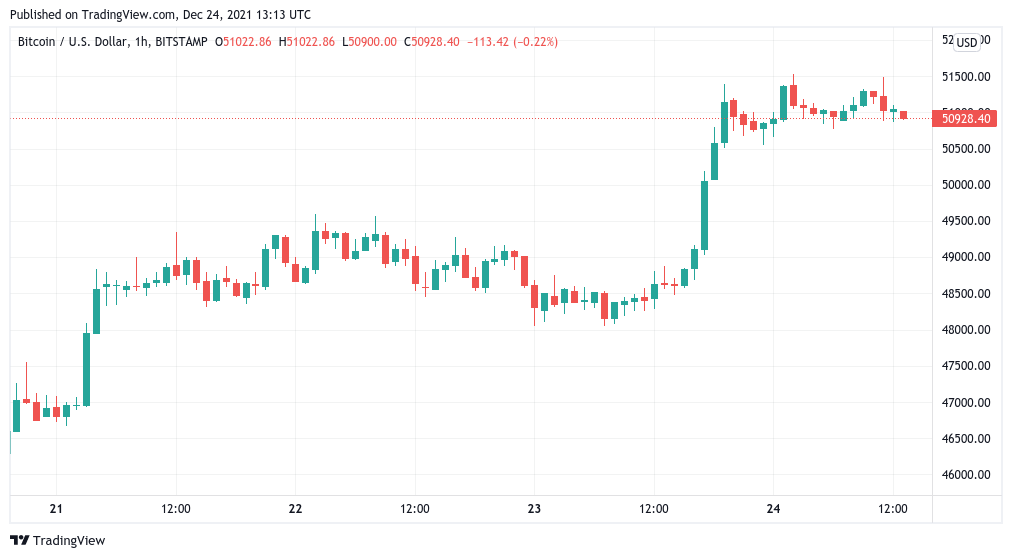 Data from Cointelegraph Markets Pro and TradingView saw BTC/USD preserve its gains from Dec. 23, these totaling 6% with resistance most recently kicking in at just above $51,500.Opinions were mixed among weary traders about the strength of the rally and whether it could endure for long.Still in its familiar range despite the overnight uptick, Bitcoin needed to show its muscle on longer timeframes, Cointelegraph reported analysis as saying earlier.For filbfilb, co-founder of trading platform Decentrader, a combination of low funding rates and top traders turning long at the expense of more bearish retail among other triggers served as reason to be more hopeful.Bitcoin;

Happy Christmas. pic.twitter.com/LvRSAN8iTNTrader analyst Rekt Capital meanwhile noted that the reversal currently meant that Bitcoin had “successfully retested” the top of a falling wedge structure in place for much of 2021. BTC/USD had originally broken out of the wedge at the end of September.#BTC has successfully retested the top of the macro Flagging Structure as support$BTC #Crypto #Bitcoin https://t.co/oWwwzblc90 pic.twitter.com/brm5rVDyfdData from the research arm of derivatives exchange Deribit added that funds were getting more bullish about a Bitcoin price in the mid-$50,000s in January.”Additional funds jumping into the NewYear play,” the firm tweeted on Dec. 24. At press time, BTC/USD stood at just under $51,000.

Bitcoin managed to post stronger daily gains than Ether (ETH) on the day as the largest altcoin nonetheless returned above $4,000.Related: Bitcoin needs to clear $51K to reduce the chance of new sell-off from BTC whalesThe top ten cryptocurrencies by market cap were firmly in the green, led by ongoing success for Terra’s LUNA token.The exception was a flat Ripple (XRP), which had nonetheless staged its own rally earlier in the week. 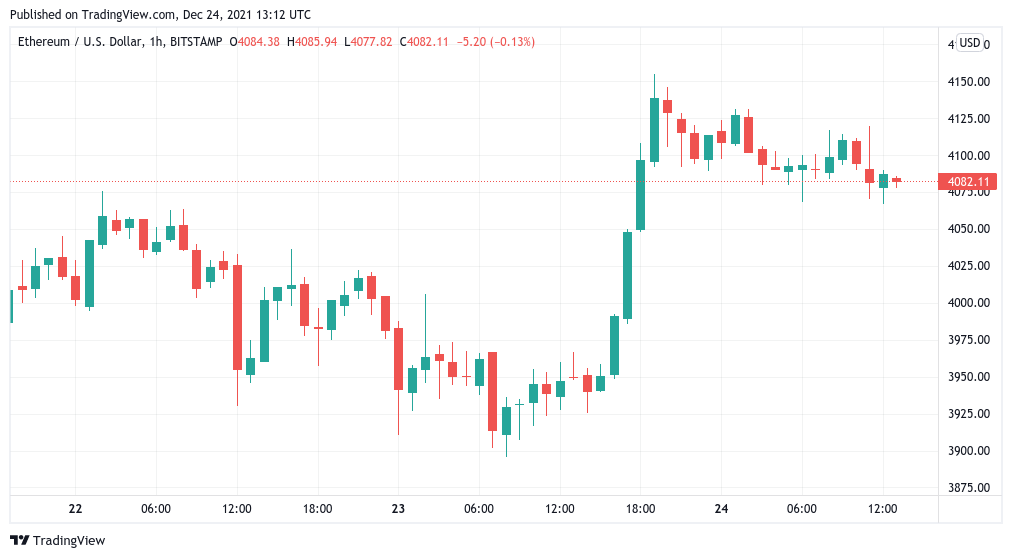