Bitcoin (BTC) traded above a key zone into the weekly close on Nov. 13 after the successful activation of the Taproot soft fork. 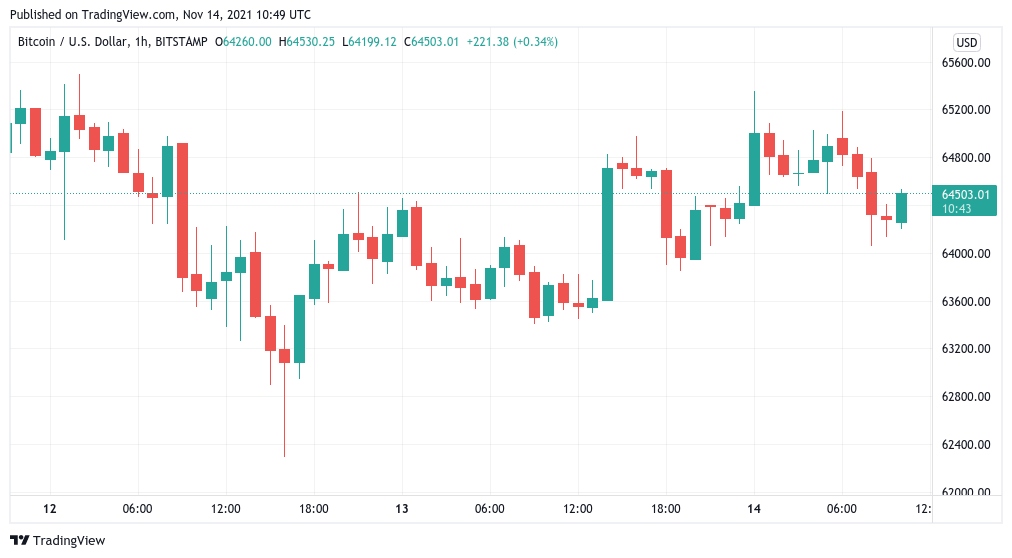 Data from Cointelegraph Markets Pro and TradingView showed BTC/USD holding above $64,000 at 10 am UTC Sunday.The pair had gained in the latter part of Saturday after briefly acting below $63,000 thanks to U.S. regulators rejecting what would have been the first spot-based exchange-traded fund (ETF).Seemingly unfazed by the move, however, Bitcoin then returned to form, seeing local highs of $65,350 on Bitstamp before consolidating.Far from lamenting the ETF news, Sunday was all about positive steps for Bitcoin, with market participants celebrating Taproot’s launch.The biggest upgrade to the Bitcoin protocol since 2017, Taproot provides a host of benefits impacting everything from security to Lightning Network efficiency. It was first proposed seven years ago by developer Greg Maxwell and has now finally become reality.“The real work will be in building wallets/protocols that build on top of it to make use of its advantages,” Bitcoin core developer Pieter Wuille said as part of comments Sunday. As Cointelegraph reported, soft forks have historically preceded bullish BTC price periods.

Can Bitcoin “save” the weekly close?

Sunday’s weekly close meanwhile sets up a challenge for bulls looking for a clean break above a six-month resistance level.Related: Price analysis 11/12: BTC, ETH, BNB, ADA, SOL, XRP, DOT, DOGE, SHIB, LUNAWith Bitcoin characteristically putting in weaker price moves on Sundays and recovering on Mondays in recent weeks, the market stayed in the dark as the weekend came to a close.Can the weekly be saved for #Bitcoin?“Looking for price to hold prev ath from April and this to be a higher low,” trader Pentoshi added analyzing daily timeframes. 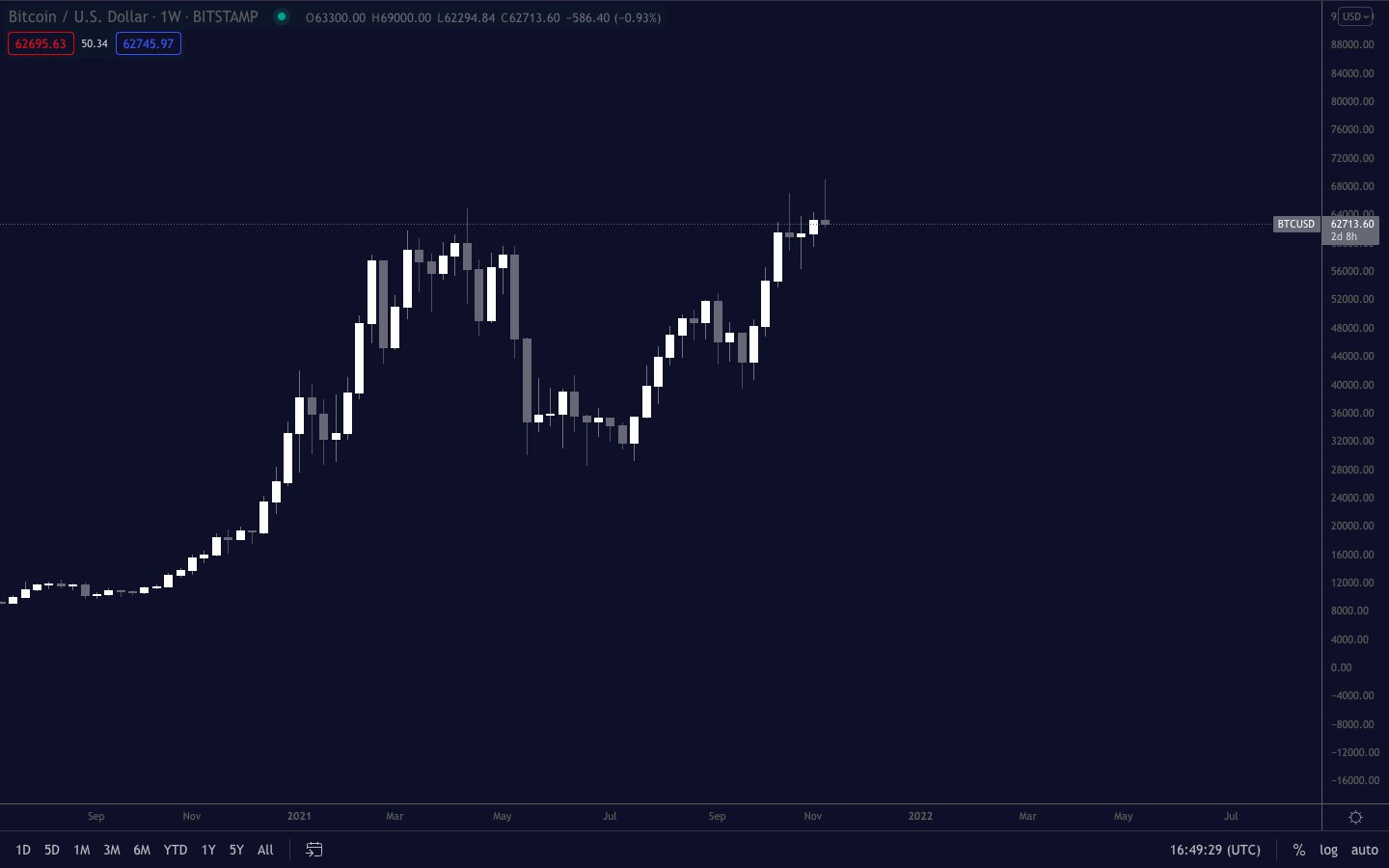