Bitcoin (BTC) staged an impressive recovery after dropping to its three-month low of $42,333 on Dec. 4, rising to as high as $51,000 since. The BTC price retracement primarily surfaced due to increased buying activity among addresses that hold less than 1 BTC. In contrast, the Bitcoin wallets with balances between 1,000 BTC and 10,000 BTC did little in supporting the upside move, data collected by Ecoinometrics showed.“Bitcoin is still stuck in a situation where small addresses are willing to stack sats [the smallest unit of account of Bitcoin], while the whale addresses aren’t really accumulating,” the crypto-focused newsletter noted after assessing the change in Bitcoin amounts across small and rich wallet groups, as shown in the graph below. 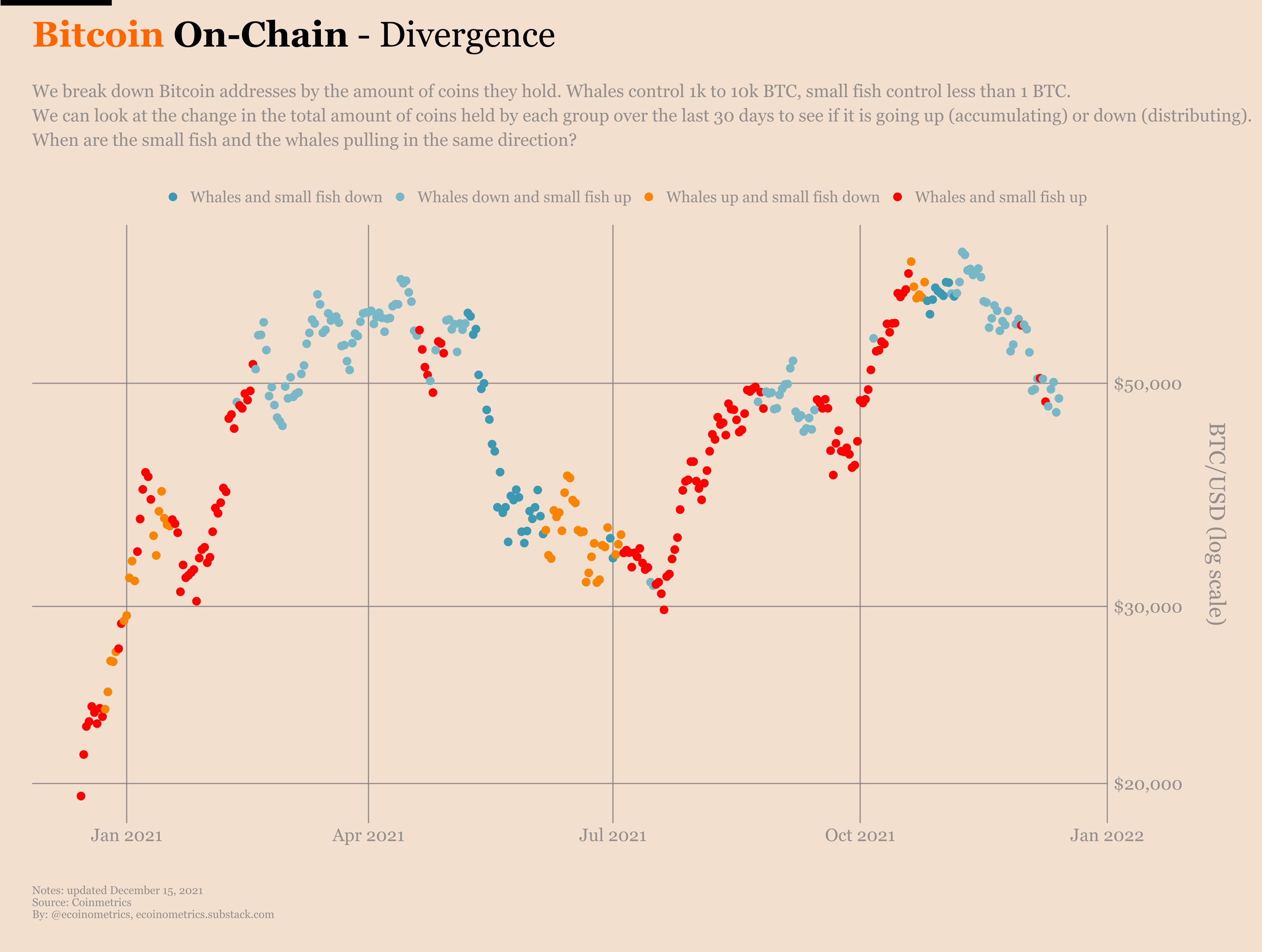 Ecoinometrics further asserted that the situation for Bitcoin is “not ideal,” suggesting that BTC’s price may end up resuming its decline in the absence of influential buyers.

Ecoinometrics’ bearish outlook appeared as Bitcoin grappled with the United States Federal Reserve’s policy decision on Wednesday to reduce its bond purchases by $30 billion every month to unwind them down by April next year entirely.The $120-billion-a-month stimulus program was instrumental in sending BTC’s price from below $4,000 in March 2020 to $69,000 in November 2021. And now that the liquidity threatens to go away, with lending to become costlier as the Fed prepares for three rate hikes next year, many fear that it would hurt investors’ appetite for risk assets like Bitcoin.Bitcoin price briefly popped above $49,000 after the Fed FOMC meeting confirmed at least three interest rate hikes and some adjustments to the current market supporting practices in 2022. https://t.co/TpTX7tGmYL pic.twitter.com/lXw47icZmBMike Novogratz, CEO of Galaxy Digital Holdings, admitted that Bitcoin might feel “pain ahead” but anticipates that its price would not fall anywhere beyond the $42,000 support.“$42,000 is at a pretty important level, and low 40s should hold,” the crypto billionaire told Bloomberg TV in an interview Tuesday, adding: 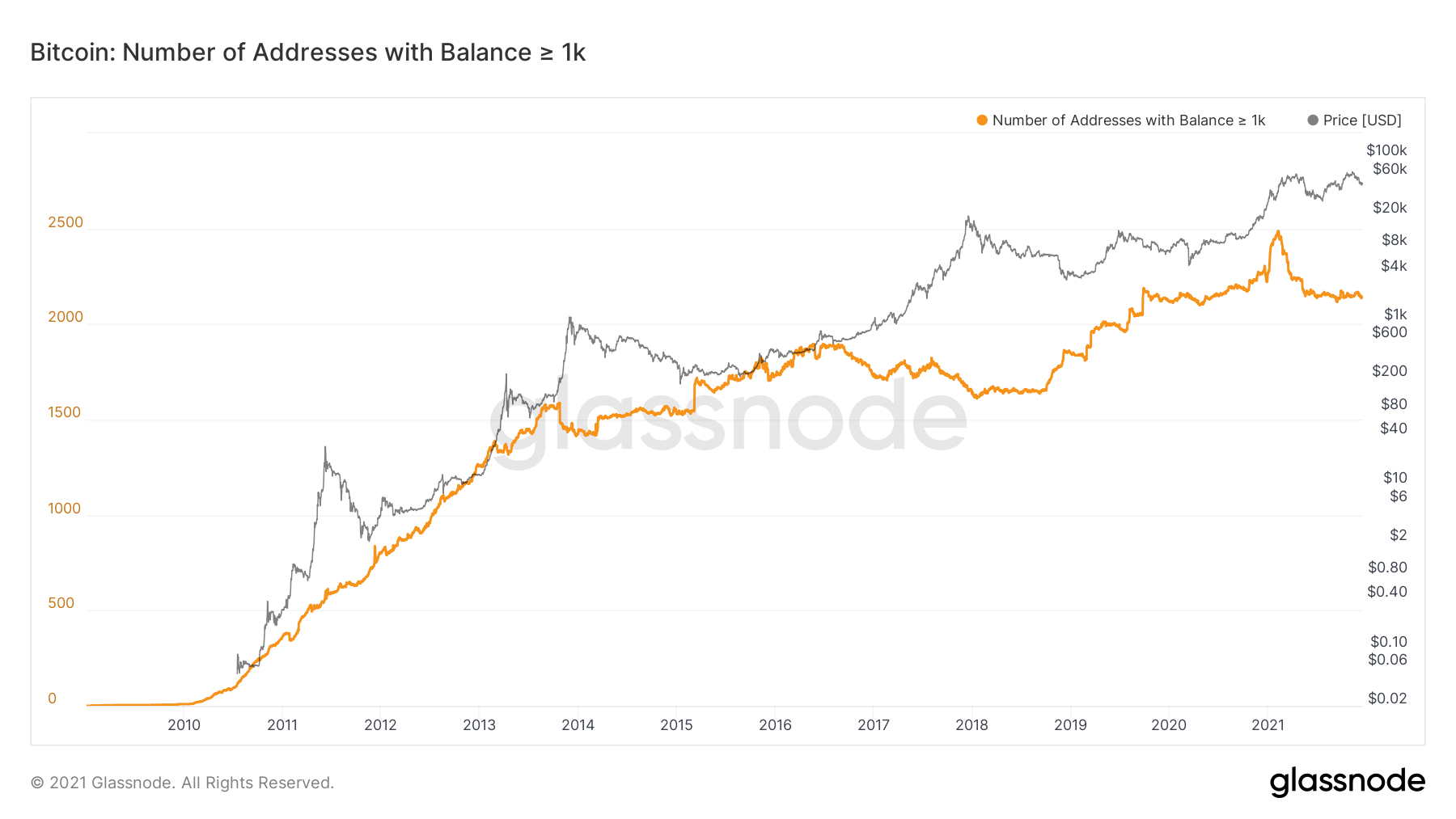 One more piece of evidence showing that retail investors have been bullish on Bitcoin has came from addresses that hold at least 1 BTC. Related: Analysts expect Bitcoin trend change after Fed lays out its 2022 roadmapThese wallets decreased in quantity in the first half of 2021 as the BTC market grappled with the China ban and other negative news but started increasing in the second half as El Salvador adopted Bitcoin as a legal tender. 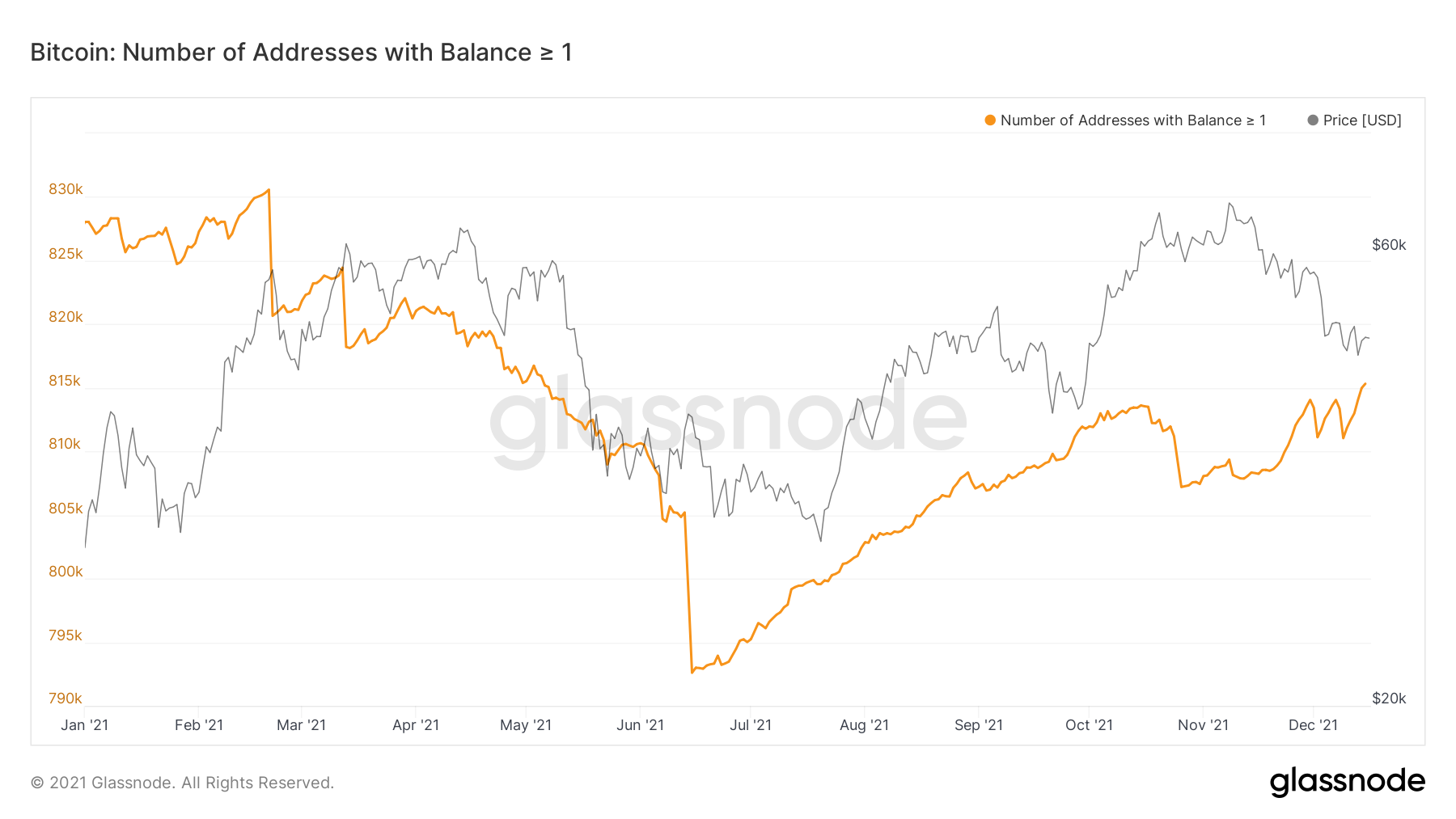 The number of Bitcoin wallets with at least 1 BTC also kept rising during the BTC price correction from $69,000 to $42,333 in the November–December session, signaling accumulation. It reached a seven-month high on Wednesday just as Bitcoin underwent a rebound to $50,000 from its weekly low near $46,000.On-chain analyst Willy Woo also spotted retail accumulation rising to levels seen after the March 2020 crash, which led to Bitcoin’s two-year-long bull run. 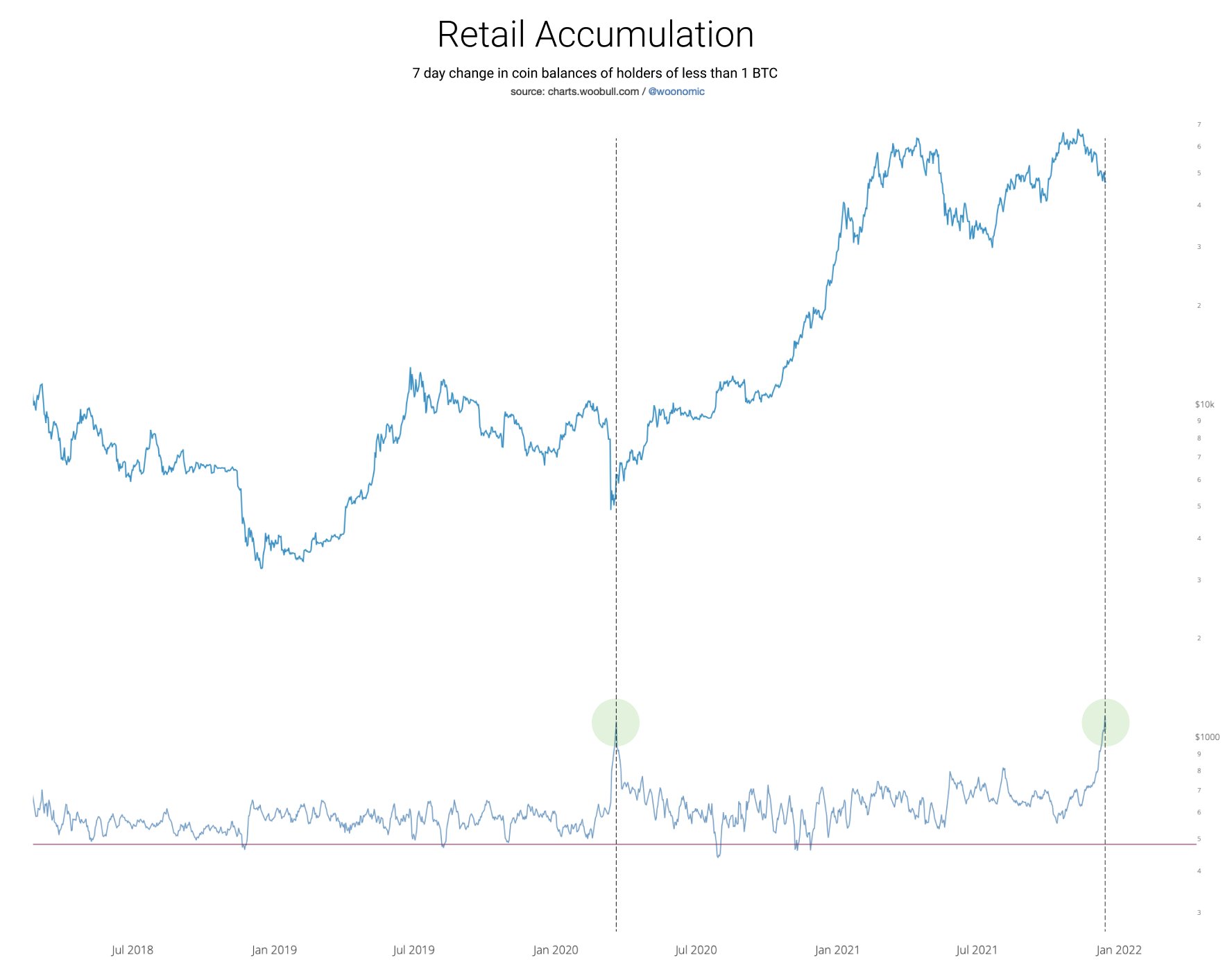 Additionally, Bitcoin’s momentum indicator that preceded its price breakout to $69,000 earlier this year is also hinting at a potential BTC price breakout ahead.The views and opinions expressed here are solely those of the author and do not necessarily reflect the views of Cointelegraph.com. Every investment and trading move involves risk, you should conduct your own research when making a decision.