Inflation concerns and a general sense of trepidation about the future of the global economy continue to put a damper on Bitcoin (BTC) and altcoin prices, and currently, the Crypto Fear & Greed Index is solidly in the “fear” zone where it has been parked since the beginning of December.

Despite the brief bump in prices seen across the markets following the recent Federal Open Market Committee meeting where Fed Chair Jerome Powell indicated that interest rates would remain low for the time being, the overall sentiment in the crypto market continues to wane, signaling that 2021 could end on a bearish note.

BTC’s price could dampen due to macro concerns

In a recent report from Delphi Digital, analysts noted that the price of Bitcoin has been seen to closely track changes in sentiment during market downturns, and it can often take some time for the trend to reverse.

Delphi Digital went on to say that the current technical setup for BTC “leaves much to be desired,” especially after the price fell back under the 200-day exponential moving average and is in the process of testing its 200-day simple moving average. A similar setup was seen following the major market pullback in May 2021, and it was another two months before BTC was able to find a local bottom.

Coinciding with the market pullback in May and the recent weakness and volatile market conditions is an increase in the volume of stablecoins transacted. The volume transacted on Dec. 14 spiked to $57 billion, whereas the daily average had been consistently between $10 billion and $20 billion.

A similar spike in stablecoin volume was observed during the pullback in May, leading Delphi Digital to warn that both BTC and Ether (ETH) could see their prices oscillate for the remainder of the year. Delphi Digital said:

A similar expectation of choppy markets was expressed by the crypto analytics firm Jarvis Labs, which also pointed to some early “bottoming” signals according to a wide array of data. 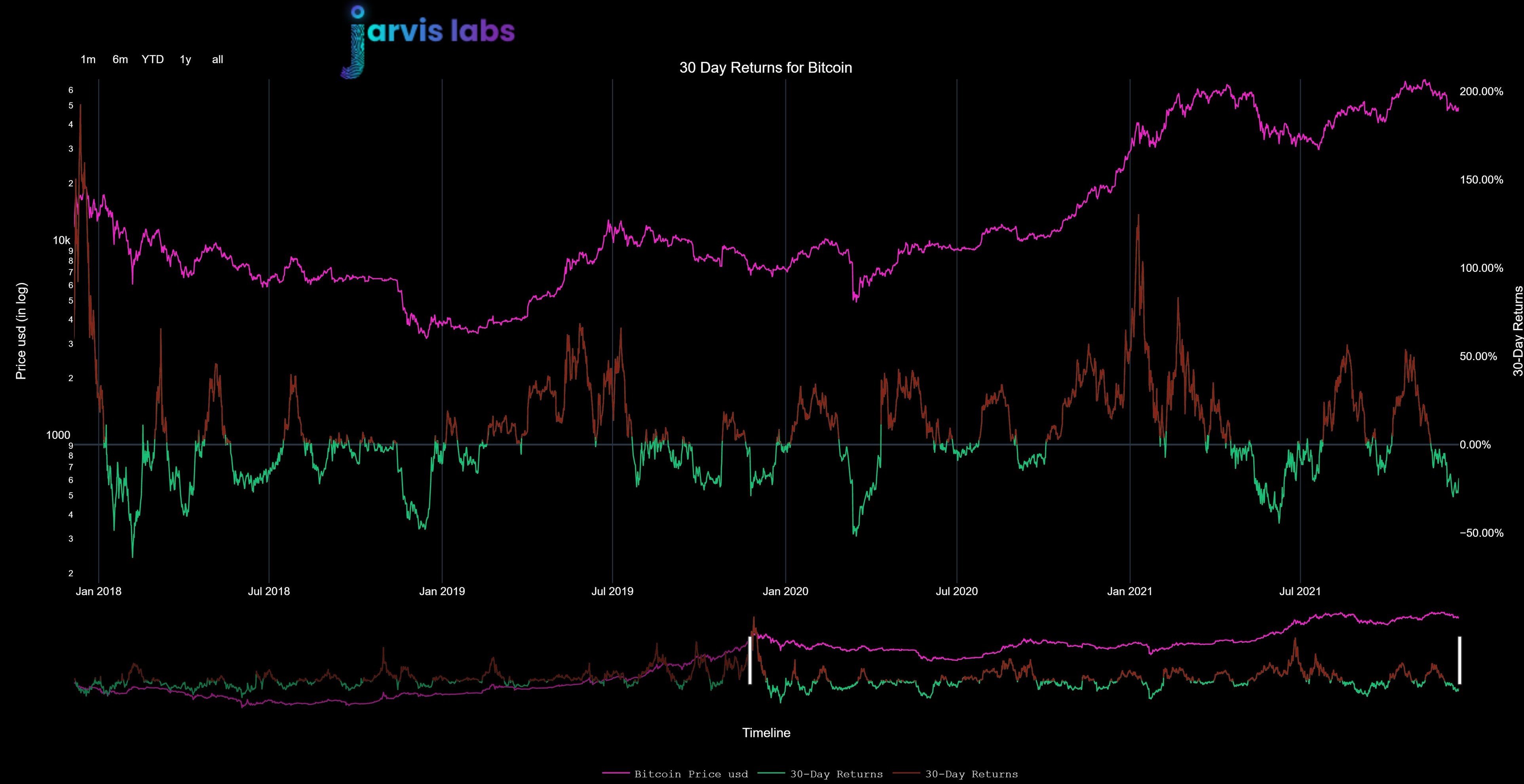 Jarvis Labs highlighted evidence that shows retail traders buying the recent dip and other signs that point to whales accumulating in the current range, but the analysts also noted that the short-term holder realized price is $53,000 and recommended caution for traders “until this level is flipped.” In summary, Jarvis Labs stated that $42,000 is now the local bottom for BTC but warned that it needs to recover $53,000 soon.

The overall cryptocurrency market capitalization now stands at $2.233 trillion, and Bitcoin’s dominance rate is 40.6%.The views and opinions expressed here are solely those of the author and do not necessarily reflect the views of Cointelegraph.com. Every investment and trading move involves risk, you should conduct your own research when making a decision.