Prominent crypto entrepreneurs and supporters, who shared memes on Twitter about doing odd jobs amid an ongoing market crash, were joined by global fast-food giant McDonalds — the brand infamously linked with temporary Bitcoin (BTC) market crashes. BTC’s price has seen a steady downfall ever since breaching an all-time high of $69,000 back in November 2022. Eventually, as Bitcoin started trading below the $40,000 mark, crypto millionaires and investors on Twitter started sharing memes about getting jobs at fast-food restaurants. 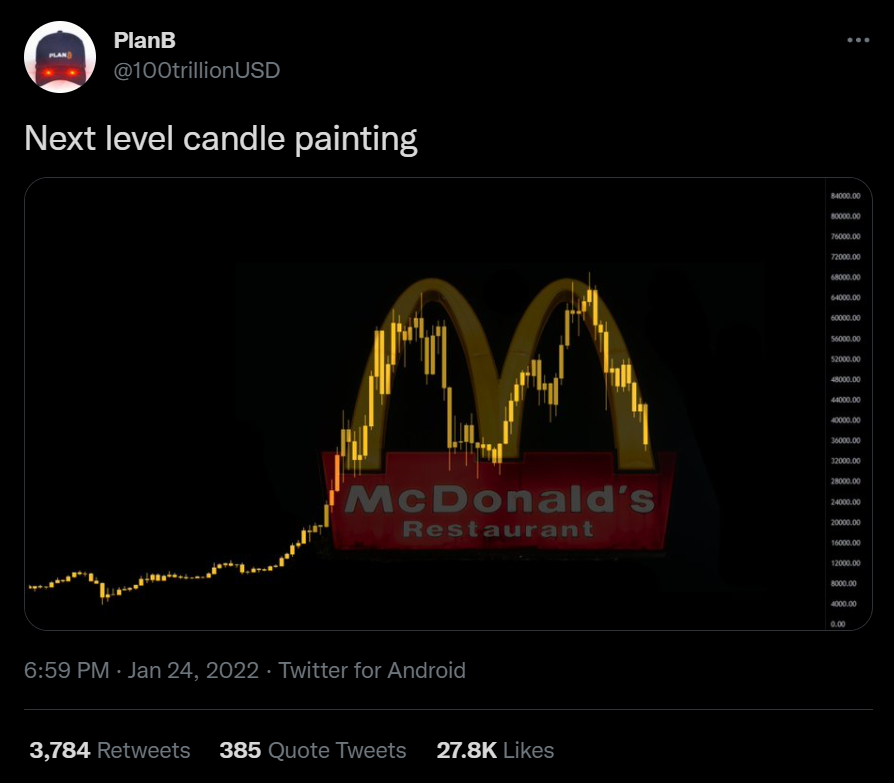 Salvadoran President Nayib Bukele, too, embraced the meme culture and uploaded a new profile picture that shows him at one of his speeches sporting a badly photoshopped McDonald’s branded cap and T-shirt.#NewProfilePic pic.twitter.com/YVDlBoA2CqJoining in on the fun with numerous others, McDonald’s acknowledged the ongoing developments within Crypto Twitter by following influential members of the community such as Cardano founder Charles Hoskinson and Altcoin Daily. The account drew more attention as it tweeted:how are you doing people who run crypto twitter accountsWhile Binance responded to the question with a picture of a crying face hidden behind a smiling mask, McDonald’s consoled the world’s biggest crypto exchange with a “wagmi,” short for “we are gonna make it.”wagmi friendBukele, however, seems to have bigger plans in mind. 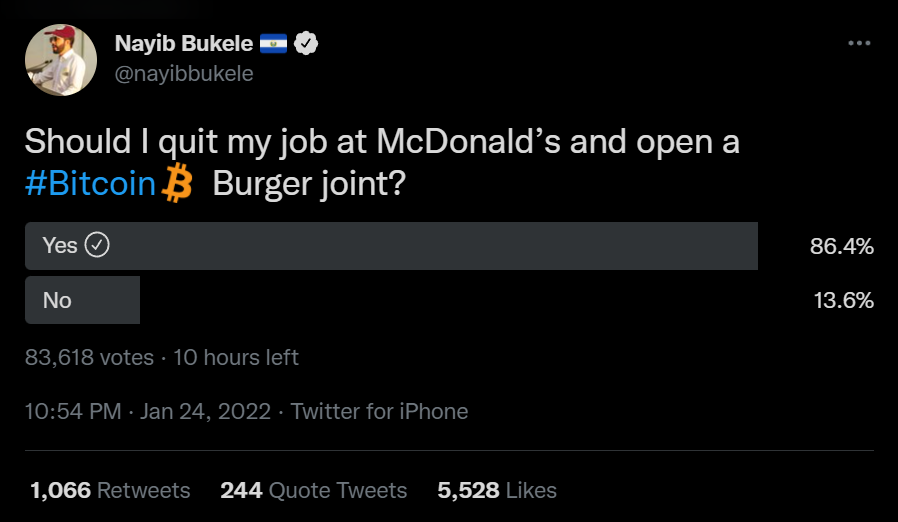 Is the bottom in? Data shows Bitcoin derivatives entering the ‘capitulation’ zone