Shares of MicroStrategy (MSTR) plunged anew on Tuesday, extending an early week slump on the back of a highly volatile cryptocurrency market that saw Bitcoin (BTC) briefly pierce below $30,000.MSTR touched an intraday low of $513.02 through the early morning session, capping off a 12% decline. Shares of the business intelligence firm collapsed 16.7% on Monday, erasing much of last week’s rally. 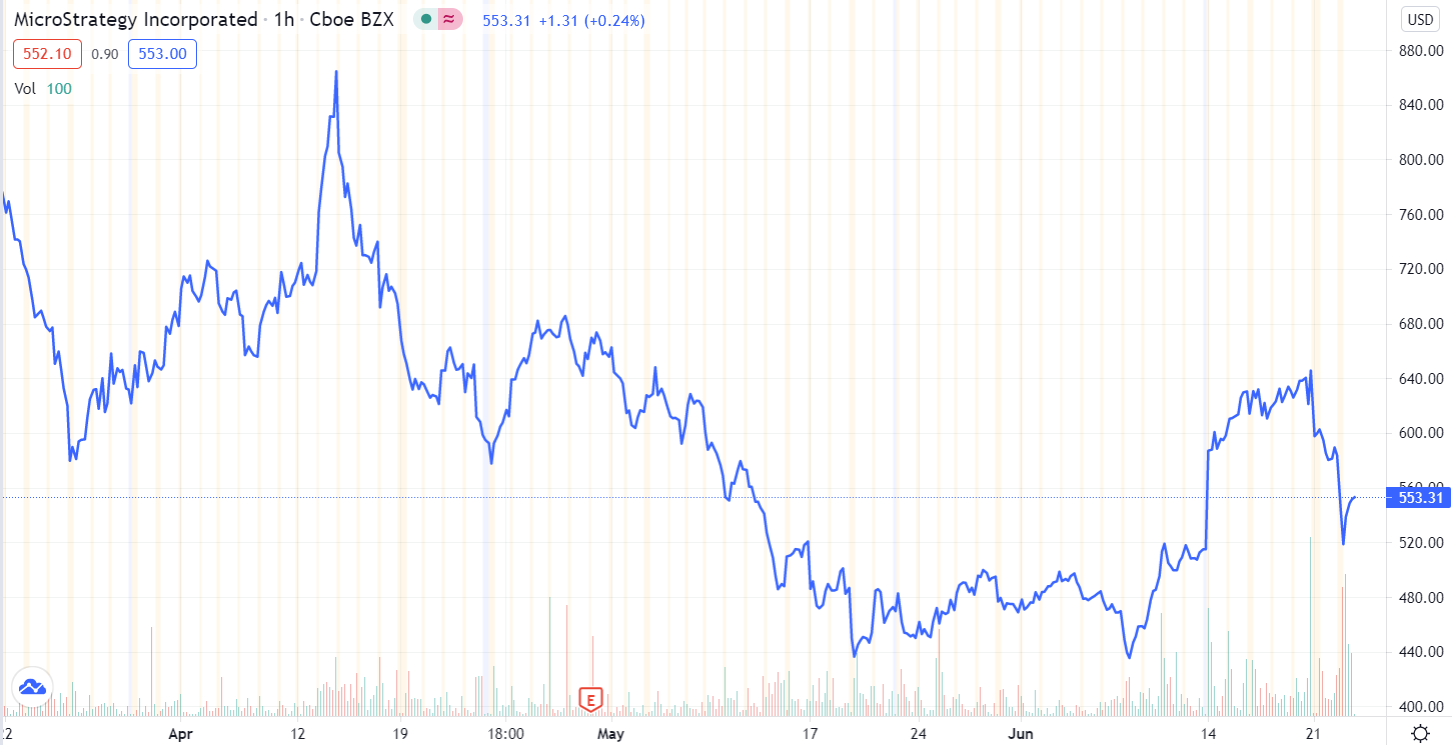 By comparison, the broad S&P 500 Index of large-cap stocks rose 1.4% on Monday and the technology-heavy Nasdaq Composite Index climbed 0.8%. Both indices were on track to close higher on Tuesday. MSTR has played out like a crypto proxy stock ever since CEO Michael Saylor first announced his company’s exposure to Bitcoin. Saylor’s Bitcoin gambit shined a positive spotlight on the crypto industry and contributed to the market’s eye-watering rally between October 2020 and May 2021. As a result, MicroStrategy’s share price peaked at $1,315.00 in February before correcting sharply lower over the next three months. Saylor and entities under his direct control now manage roughly 111,000 BTC. Saylor’s new Bitcoin holding company, MacroStrategy LLC, holds 105,084 BTC for a total value of roughly $3.4 billion. The cryptocurrency market was nursing heavy losses on Tuesday. With a total market capitalization of $1.3 trillion, cryptos are down more than half from their peak last month.

Why Ethereum's Price Is Built on Firmer Ground Than Bitcoin

Bullish all the way? MicroStrategy doubles down on its Bitcoin bet