Bitcoin (BTC) may not crash below $30,000 and instead jump to $100,000 before sweeping its lows.That was the opinion of popular trader Credible Crypto, who, on May 2, shared an updated view of how BTC price action might unfold.

Trader prepares for lows to be “left untapped”

As more and more voices call for a major drawdown in BTC/USD, bullish perspectives remain confined to the long term due mainly to macro factors.For Credible Crypto, however, the pair could equally surprise the market but continue on its bull run to new all-time highs and even six figures.The reason lies in historical context. In previous years, such as in 2019, Bitcoin succeeded in returning to the upside when the market expected a capitulation event. It only swept the expected lows much later such as in March 2020 after seeing a macro top, and as such, there is every reason to believe that this time could be similar.In a video using Elliott Waves, Credible Crypto thus mapped out a move to a new macro top of between $100,000 and $200,000 for BTC/USD before a drawdown which could take liquidity at $30,000 or under.“These lows that have built up — we don’t have to take them now; we could very well continue up for the fifth wave,” he explained.He added that there was “nothing wrong” with expecting a sweep of the lows after November 2021’s all-time highs. 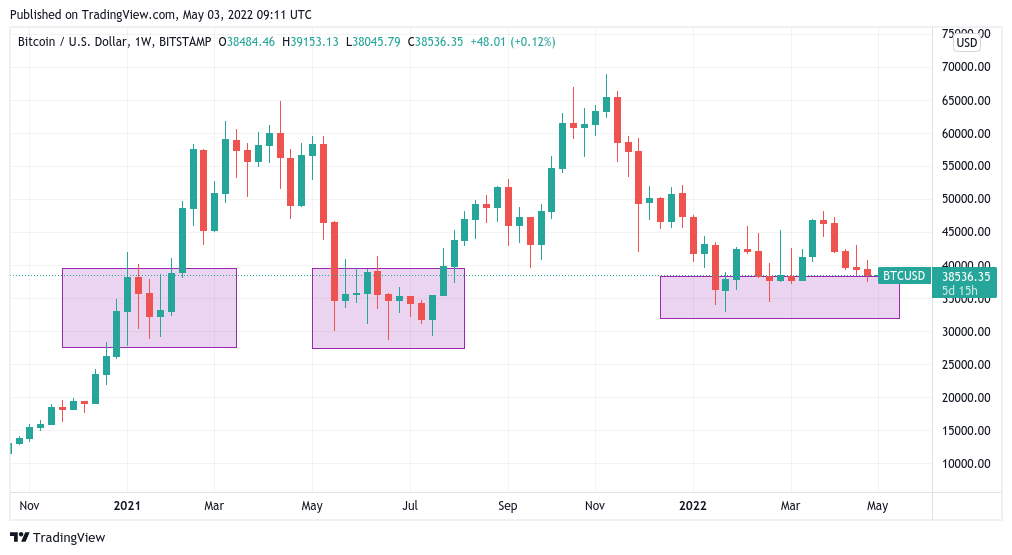 Capitulation “may not occur”

That same conclusion formed the basis of research by on-chain analytics platform CryptoQuant on May 3.Related: $27K ‘max pain’ Bitcoin price is ultimate buy-the-dip opportunity, says researchAnalyzing decreasing inflows to exchanges, one contributor to CryptoQuant’s Quicktake series argued that traders were not readying themselves for a “capitulation” and wave of selling.Inflows “dropped sharply” after January this year, while outflows continued an increasing trend.“Therefore, if the market continues to trend as severely as the media forecasts in general, and no terrible events are happening unexpectedly (unpredictable), the crab can be repeated, but the capitulation may not occur,” the contributor summarized. 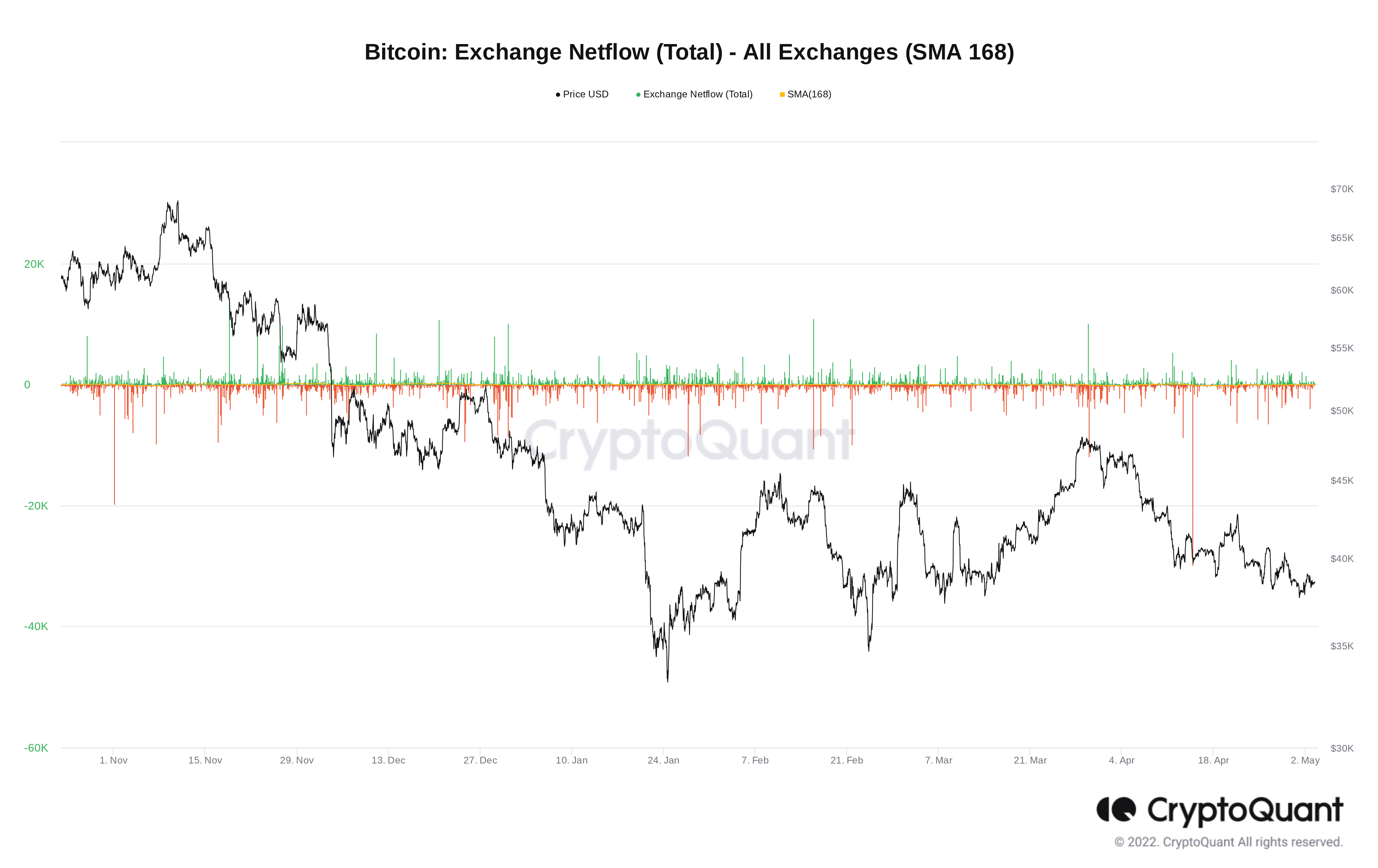