Surging Ethereum rival, Solana (SOL), has shed 15% of its value over the past 24 hours after suffering a denial-of-service disruption.On Tuesday at 12:38 pm UTC, Twitter account Solana Status announced that Solana’s mainnet beta had been suffering intermittent instability over a 45-minute period.Six hours after announcing the incident, Solana Status explained that a large increase in transaction load to 400,000 per second had overwhelmed the network, created a denial-of-service, and caused the network to start forking.1/ Solana Mainnet Beta encountered a large increase in transaction load which peaked at 400,000 TPS. These transactions flooded the transaction processing queue, and lack of prioritization of network-critical messaging caused the network to start forking.With Solana’s engineers unable to stabilize the network, its validator community opted to coordinate a restart of the network. Solana’s community is currently preparing a new release, with further information expected to be released soon.The incident has knocked confidence in Solana, with prices falling by 15% in 12 hours. While SOL had already retraced from its all-time high of $215 on Thursday to trade below $175 prior to the incident, news of the outage quickly saw prices slide down to $145. 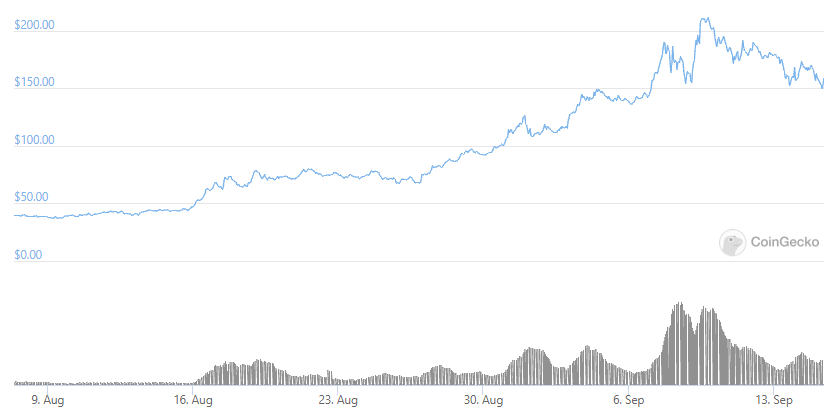 Solana is not the only high-profile crypto network to have suffered downtime on Tuesday, with Ethereum layer-two rollup network Arbitrum One reporting its sequencer had gone offline for roughly 45 minutes.While Arbitrum One emphasized that user funds “were never at risk,” new transactions could not be submitted during the period. Offchain Labs, the team building Arbitrum One, also highlighted that its network is still in beta and warned that “further outages are possible in these early days.”Lol, WTF is going on today? $sol goes offline for a few hours#arbitrum goes down for almost an hour#ethereum got attacked (unsuccessfully)The team attributes the downtime to a “bug causing the sequencer to get stuck” after a very large batch of transactions were submitted to the Arbitrum sequencer over a short period of time.And if that wasn’t enough drama for one day, an unknown entity also unsuccessfully sought to attack Ethereum, with developer Marius van der Wijden flagging the failed incident on Twitter.According to the developer, only a small number of Nethermind nodes were tricked into switching to the invalid chain, with all other clients having “rejected the long sidechain as invalid.” All affected nodes have since reorganized back to the correct chain.

Blockchain will transform government services, and that’s just the beginning