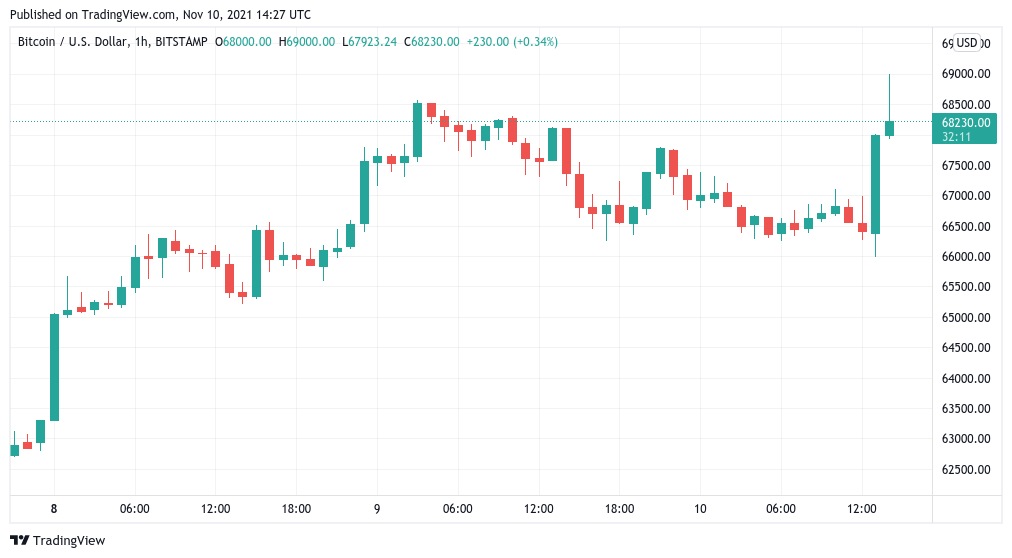 Data from Cointelegraph Markets Pro and TradingView captured a snap change of direction for BTC/USD, which gained $2,000 in just 45 minutes.In step with various similar moves in recent weeks, Bitcoin not only reversed its previous short-term downtrend but eclipsed its previous record high of $68,564.New #Bitcoin all-time high!At the time of writing, the volatility was not done, as $69,000 came into view and with it the prospect of the psychologically significant $70,000 mark.As Cointelegraph reported, that level was firmly on the radar of traders, who believed that any correction in the meantime would still end with fresh upside.”Relentlessly up,” popular trader Pentoshi reacted. An accompanying chart described the that $40,000 zone as a possible “last dip ever” with Bitcoin now in price discovery mode. 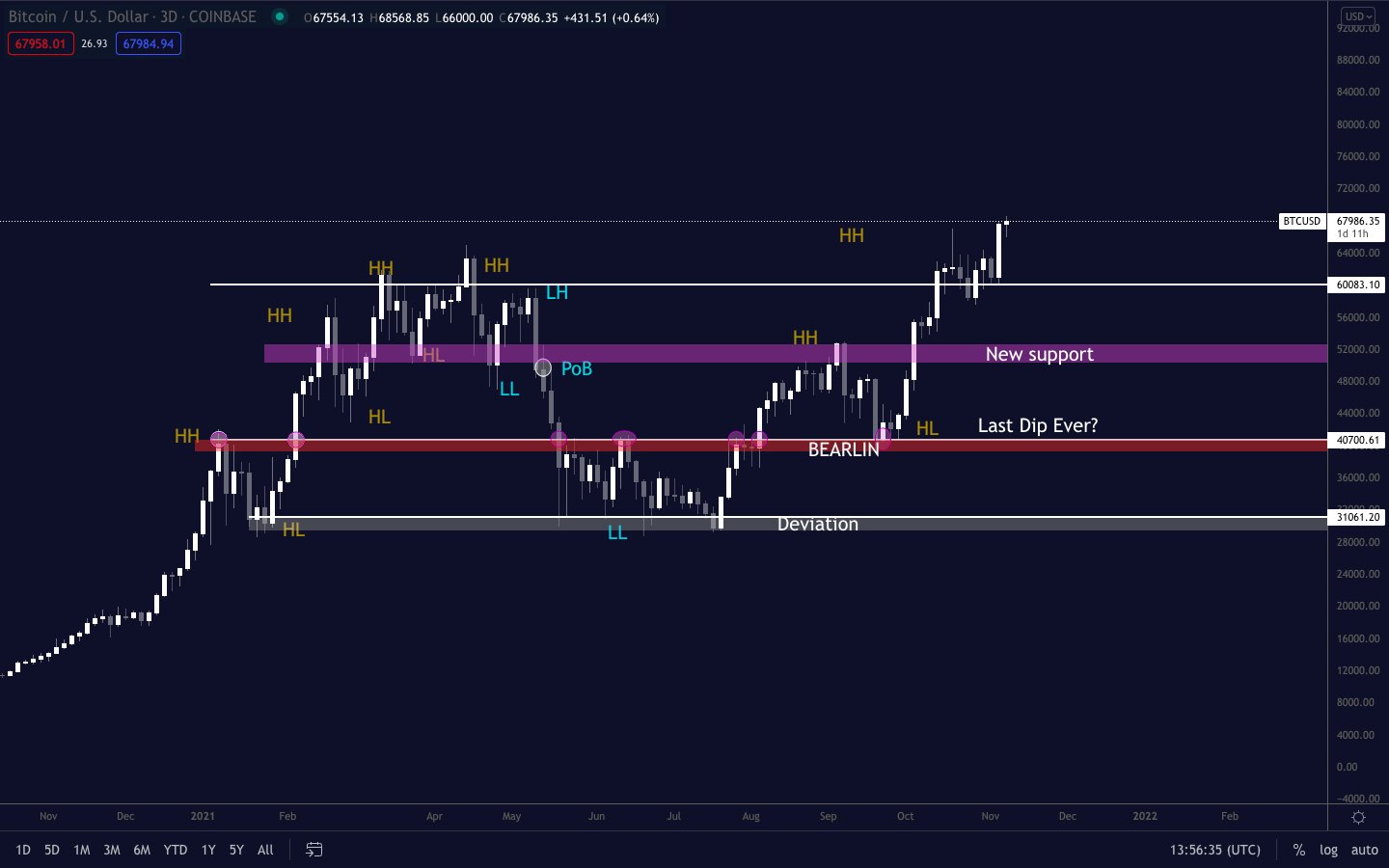 Ether (ETH), Binance Coin (BNB) and XRP likewise reversed their downward-sloping stance as the mood swiftly changed on the day.Related: Bitcoin to hit $250K in January 2022 but ‘invalidate’ S2FX BTC price model — New predictionETH/USD followed Bitcoin to hit new all-time highs of its own of $4,868 — getting ever closer to the $5,000 mark. 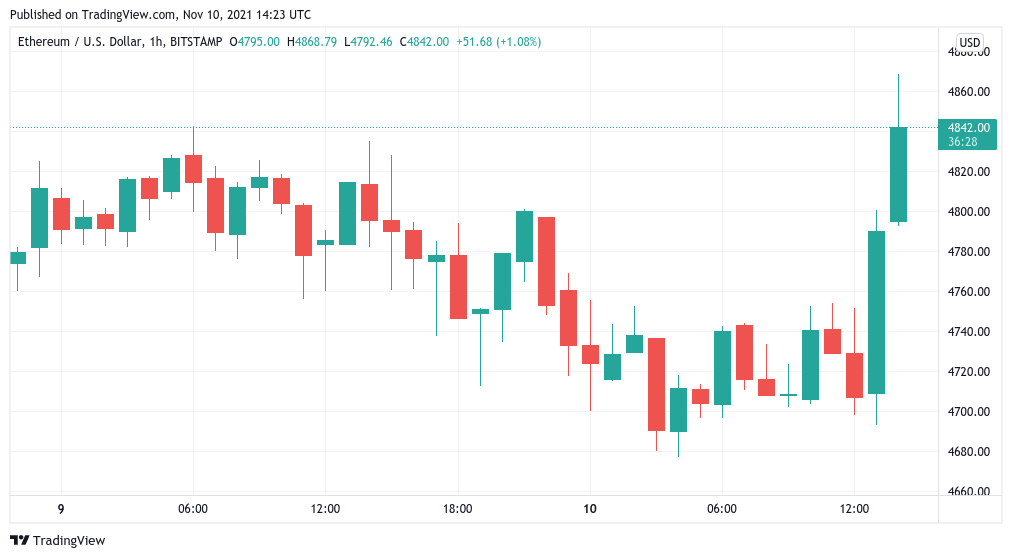 U.S. markets were still to open at the time of writing, with traders eyeing Tesla (TSLA) after its sell-off Tuesday sparked a knock-on impact across crypto markets.