Stablecoins are the cornerstone of the digital asset marketplace with a market cap of over $100 billion. Governments are already putting considerable resources in being up to speed with the trends. A November 2021 report published by the United States President’s Working Group on Financial Markets details the various measures to ensure stablecoin regulation is implemented within government guidelines. A global central bank survey by the Bank for International Settlements (BIS) shows 86% of central banks are now actively engaged in some way with central bank digital currencies (CBDCs), a government-backed form of a stablecoin. Of this cohort of central banks, seven have now officially launched CBDCs, while 17 more are in the pilot phase, according to the Atlantic Council CBDC tracker.Like all cryptocurrencies, stablecoins rely on blockchain technology to support peer-to-peer (P2P) digital transactions, giving them the bearer-instrument and final-settlement properties of cash. This underlying decentralized infrastructure holds promises such as faster transactions, lower settlement costs, enhanced transparency and increased control for end-users.Multiple different market actors, both public and private, have developed multiple fragmented blockchain networks. To achieve their full utility, stablecoins must operate across many of them. Today, developers of innovative stablecoins like Dai (DAI), TerraUSD (UST) and USD Coin (USDC) face undue costs and security risks in building one-off bridges to make this happen. For the market to grow and innovate further, a universal interoperability network that securely connects all blockchain networks is needed. These universal interoperability solutions will also help CBDC and stablecoin developers overcome the costs and security risks associated with one-off builds. 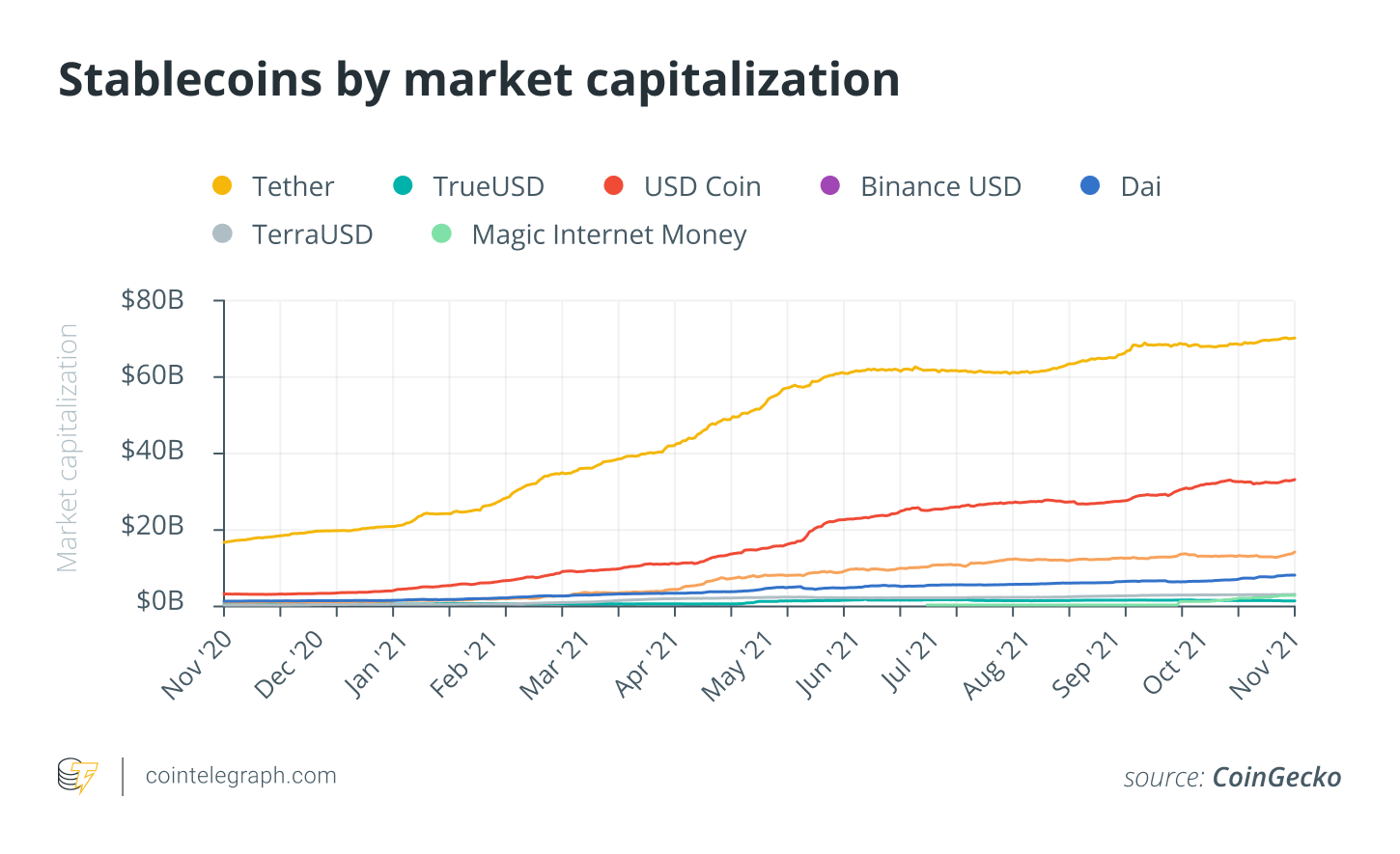 The need for blockchain interoperability

Digital assets can’t reach their potential by operating on siloed networks and stablecoins are no different. Interoperable design solutions will allow stable assets to play a critical role in the economic transformation of many countries by improving the costs, time and administration associated with cross-border transactions, remittances and even supply chain management. Interoperability solutions can facilitate the deployment of digital assets, both across blockchain networks and between specific CBDCs.USDC, one of the most dominant stablecoins in the market, gives us a good example of the need for interoperability across blockchains. After USDC was initially deployed on Ethereum, the Centre consortium, the developers of USDC, had to rebuild the USDC stack on other blockchain networks such as Solana and Algorand, among others to respond to the rising market demand for applications on these networks. In building these stacks, USDC developers were addressing real problems and shortcomings: Different technology stacks fragment the liquidity of their stablecoin.A single network of interoperability between different blockchains could make these decentralized applications (DApps) and assets available to the entire blockchain ecosystem without redeploying software stacks on each new blockchain network. This would help to reduce the demand pressure on developer resources at protocol and application levels.Blockchain interoperability would mean stablecoin transactions including payment transfers and staking could be executed between stablecoin issuers and holders of different blockchain networks. This kind of solution would greatly boost liquidity and ensure greater composability within the $100-billion-plus stablecoin market. It would also negate the need for stablecoin issuers to go through the cumbersome processes of listing their stablecoin separately on each blockchain network, as they currently do. CBDCs also require interoperability. A July 2021 BIS report highlights both the need for multilateral collaboration and the necessity of network interoperability between CBDCs. Although some governments will want to exert protectionist policies, interoperability will benefit those that take a more open approach, facilitating international transactions involving CBDCs including cross-border trade flows, international remittances and cross-border transactions. These benefits are perhaps part of the reason why the Banque de France partnered with Banque Centrale de Tunisie for France’s seventh CBDC experiment. Upon the launch of Nigeria’s eNaira digital currency, the Nigerian Central Bank Governor espoused the benefits of its newly launched digital currency working within an interoperable framework. 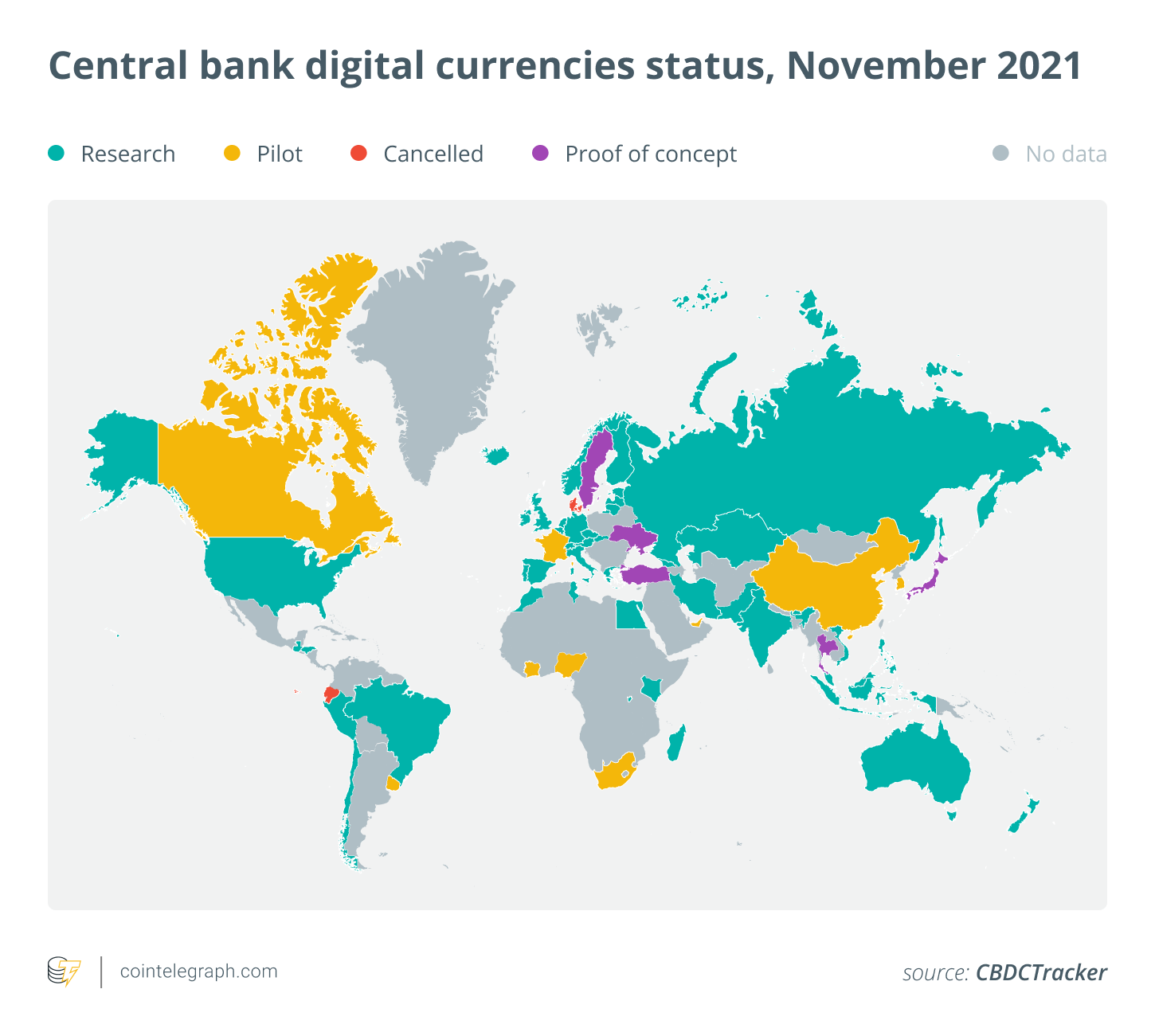 The efforts of developers, outlined above, on the largest stablecoins in the world illustrate the need for interoperability. They also underscore the risks and costs of building ad-hoc solutions in a world that has yet to have a universal interoperability protocol. Due to the complex requirements of connecting different blockchain networks, cross-chain interoperability adds additional security considerations. Being exposed to multiple blockchains opens up these networks up to more potential attack vectors. The world witnessed a devastating example of this in August when an attacker drained cryptocurrency valued at more than $600 million from Poly Network, an interoperability bridge used in decentralized finance (DeFi) applications.Any blockchain network aiming to deploy interoperability solutions should be built to ensure the highest safety standards in the industry, but at the same time not compromise its liveness, efficiency, or decentralization. Multi-party cryptography and decentralized consensus are the key components that allow developers to build robust and scalable interoperable systems. Combining these primitives allows building decentralized interoperability protocols that can safely guard cross-chain transactions and remain secure in the presence of multiple malicious participants.

As the roll-out of CBDC pilot projects gathers pace and the growth in stablecoins continues, world-trade bodies, technologists, blockchain developers and payment providers will be tracking the development and success of these CBDC programs and stablecoin projects. They are looking for ways these innovations can introduce new processes into the domestic and international payments landscape. The benefits of a universal interoperability framework for stablecoins will increase scalability for international payment transactions between countries, thereby facilitating more efficient and improved cross-border trade flows, faster settlement for international remittances and more financial inclusion through digital devices such as smartphones. The digital economic developments derived from such a system will thereby help boost economic GDP in many countries.For societies and economies to reap the full benefits of CBDCs, universal interoperability will be needed to underpin integration and function over the international payments system. Similarly, stablecoins issued on different blockchain networks can only successfully facilitate digital payments if they can universally be accepted across various blockchain networks. A universal interoperability network over which CBDCs and stablecoins can effectively operate will open up more economic and trade benefits to end-users, businesses and governments alike.This article was co-authored by Sergey Gorbunov and Tai Panich.This article does not contain investment advice or recommendations. Every investment and trading move involves risk, and readers should conduct their own research when making a decision.The views, thoughts and opinions expressed here are the authors’ alone and do not necessarily reflect or represent the views and opinions of Cointelegraph.

Mogo to Almost Double Stake in Coinsquare Crypto Exchange for up to $48.6M