Ever since the launch of the inter-blockchain communications, or IBC, protocol in March, which enabled the communication and transfer of digital assets across different blockchains, development activity seems to have picked up pace on the Cosmos (ATOM) network.Transaction volumes, the creation of decentralized applications, and the number of chains connected via IBC have all been trending upwards in recent months. Speakers at the Cosmoverse Conference, which took place last week, presented many of the latest technologies under development on the blockchain. Its biggest-ever hackathon will also take place in Lisbon tomorrow. #HackAtomVI is trending in the dev community!

1000+ Developers Have Already Registered to the Biggest HackAtom in Cosmos History!

Don’t miss your chance to win $1M+ in Prize Pool and start your journey in the Internet of Blockchains with a Bang!https://t.co/TqAedC16jn pic.twitter.com/w1hasCxyQoTendermint is the core developer behind the Cosmos blockchain and serves as its gateway to the ecosystem. On Wednesday morning, Peng Zhong, the company’s CEO, joined Cointelegraph in an exclusive interview to discuss the future of the Cosmos network.Cointelegraph: What are some of the development highlights surrounding the Cosmos blockchain in terms of the decentralized finance, or DeFi, ecosystem?Peng Zhong: I think the biggest highlight was early this year when IBC [Inter-Blockchain Communications] launched on the Cosmos hub for the first time. Not much happened after that. People were like, okay, IBC is live, now what do I do? But now, we are seeing 22 blockchains that support IBC. They have all been able to connect to various DEXs [Decentralized exchanges] available in the Cosmos ecosystem, such as Osmosis, Gravity DEX. So there’s been a lot of cross-chain activity, much more than anyone expected. And we are seeing a very positive growth cycle with IBC enabled. 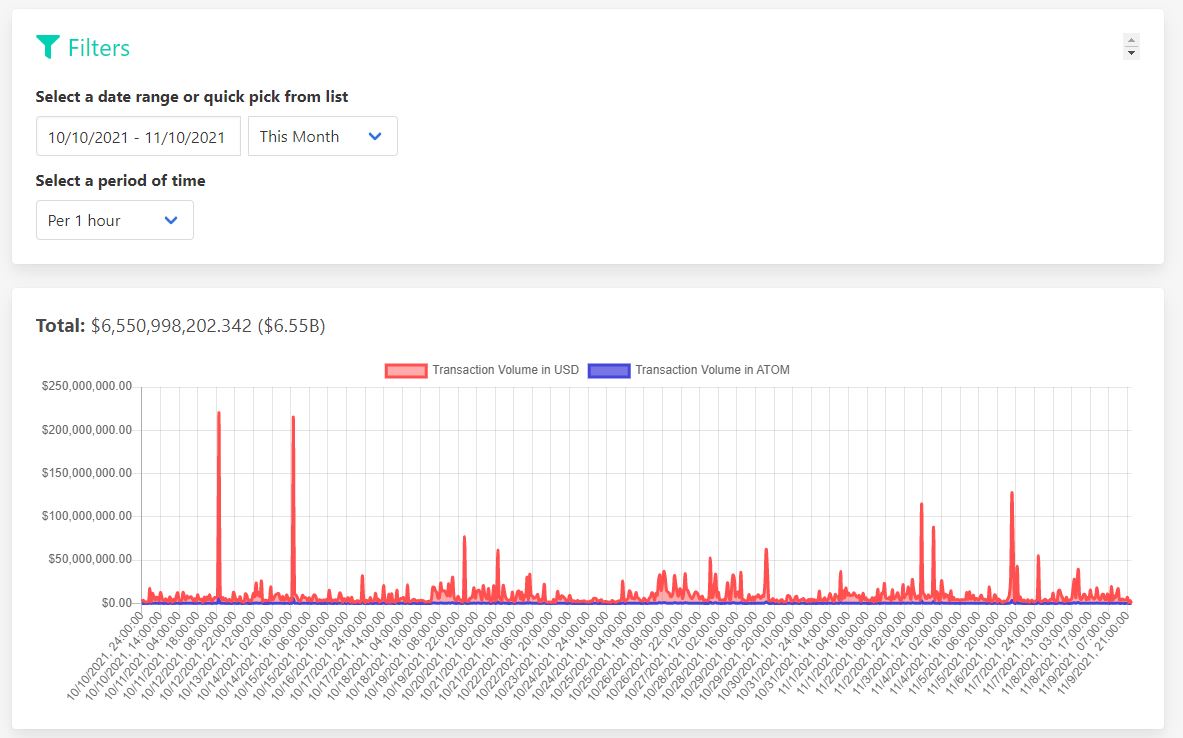 • Prioritized Mempool
• Peer-to-peer Network Makeover
• StateSync Improvements
• Go API Internalization and Stability
…and additional Great Features to discover https://t.co/zXP4t6EBiF pic.twitter.com/zQtV6paZgmCT: Is Tendermint taking any steps to introduce Cosmos into the Metaverse?PZ: Yeah, so I think the Metaverse is quite undefined right now. It’s everyone building things as Web 3.0. Of course, Facebook can take a claim that they’re building the Metaverse, but it’s only going to be Facebook’s wall garden Metaverse. There’s going to be Google’s wall garden Metaverse and Apple’s version of that. I would assume Steam and Epic Games have their own version. But the version that most of us want today is open-ended and permissionless.CT: What are some of the highlights of the upcoming hackathon?PZ: So it’s the biggest Cosmos hackathon. And I think Cosmos is the second largest crypto ecosystem in the world, with over $170 billion [of assets] built on the Cosmos infrastructure. It’s a very significant event for the world at large. Zooming out a little bit and looking at what happened last year, which was on a much smaller scale. That was when this proof of concept DEX project called Osmosis won the biggest prize. And today, Osmosis is a live blockchain with over $700 million in TVL [Total value locked]. Maybe it’s a fluke, but I’m hoping to see projects of this caliber this year. This time around, we have far more prize categories; I believe it’s seven, each with over $200,000 worth of prizes. This wide array of prizes is our way of making sure people are solving a diverse set of problems. There’s so much unbuilt infrastructure, and it doesn’t make sense to award only one prize. 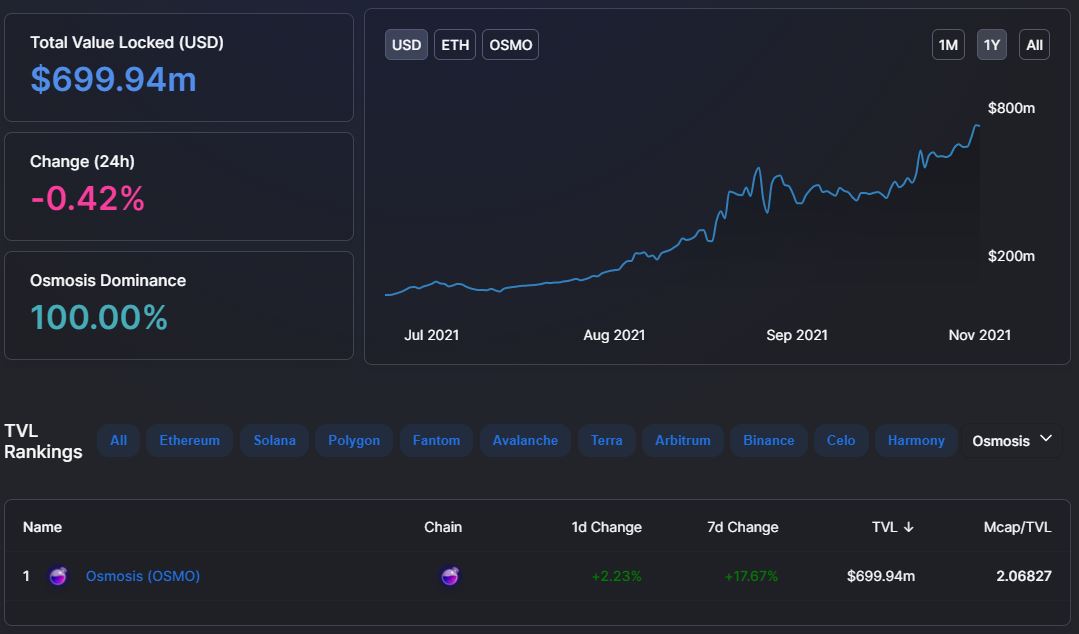 Growth of TVL on the Osmosis DEX. | Source: DeFi LlamaCT: Would you like to share any other comments or visions regarding Tendermint and the Cosmos blockchain?PZ: Yes, I believe that Cosmos is the only ecosystem that tries to democratize access to finance, more so than any other ecosystem. Because in Cosmos, you don’t need to buy a token to get involved in the ecosystem. When you build on Cosmos, you don’t have to buy anything; you don’t have to pay for gas, and that I believe is something very valuable in economies where you can’t really afford expensive transactions, and when you don’t really have the capital to really experiment with these hybrid ecosystems, like Polkadot or Avalanche or Polkadot or Ethereum, and appealing to people with time. Young people with time but no capital are out of Web 1.0 today, and Cosmos will win Web 3.0. And that’s really the core mission of Tendermint, to bring newcomers, make it as easy as possible to build things, and we welcome everyone.