Experienced analysts and media outlets including Cointelegraph recently highlighted some indicators suggesting that the Bitcoin (BTC) price rally could be overextended. Those bearish views include one from Bollinger bands creator John Bollinger, suggesting traders use a trailing stop, as signs of a “top” were building up.However, it is worth noting that Bollinger Bands and the Fear and Greed indicator are backward-looking metrics. Therefore, those will usually flash overbought levels whenever there’s a 30% weekly rally, such as the most recent one.As crypto analyst TechDev_52 correctly questioned, there’s no way to know whether we’re entering a large potential correction or a rally continuation.Now you know why they call it a bear “trap”. It’s damn convincing.

How do you know the “trap” from the “peak”? One’s round the other’s pointy.

Which does this look like to you? $BTC pic.twitter.com/aumWqaMsutFor example, popular YouTuber and trader Nebraskangooner shows that the recent $56,000 top could have been the upper range of a bullish channel that has guided Bitcoin since late July. #Bitcoin

OBV perking up but still hasn’t quite broken out yet.

Hitting the top of the channel.

“Greed” mode can last for weeks or months

Going back to the Fear and Greed indicator, below are some examples that such a metric can sustain overbought levels for longer than three or four weeks. 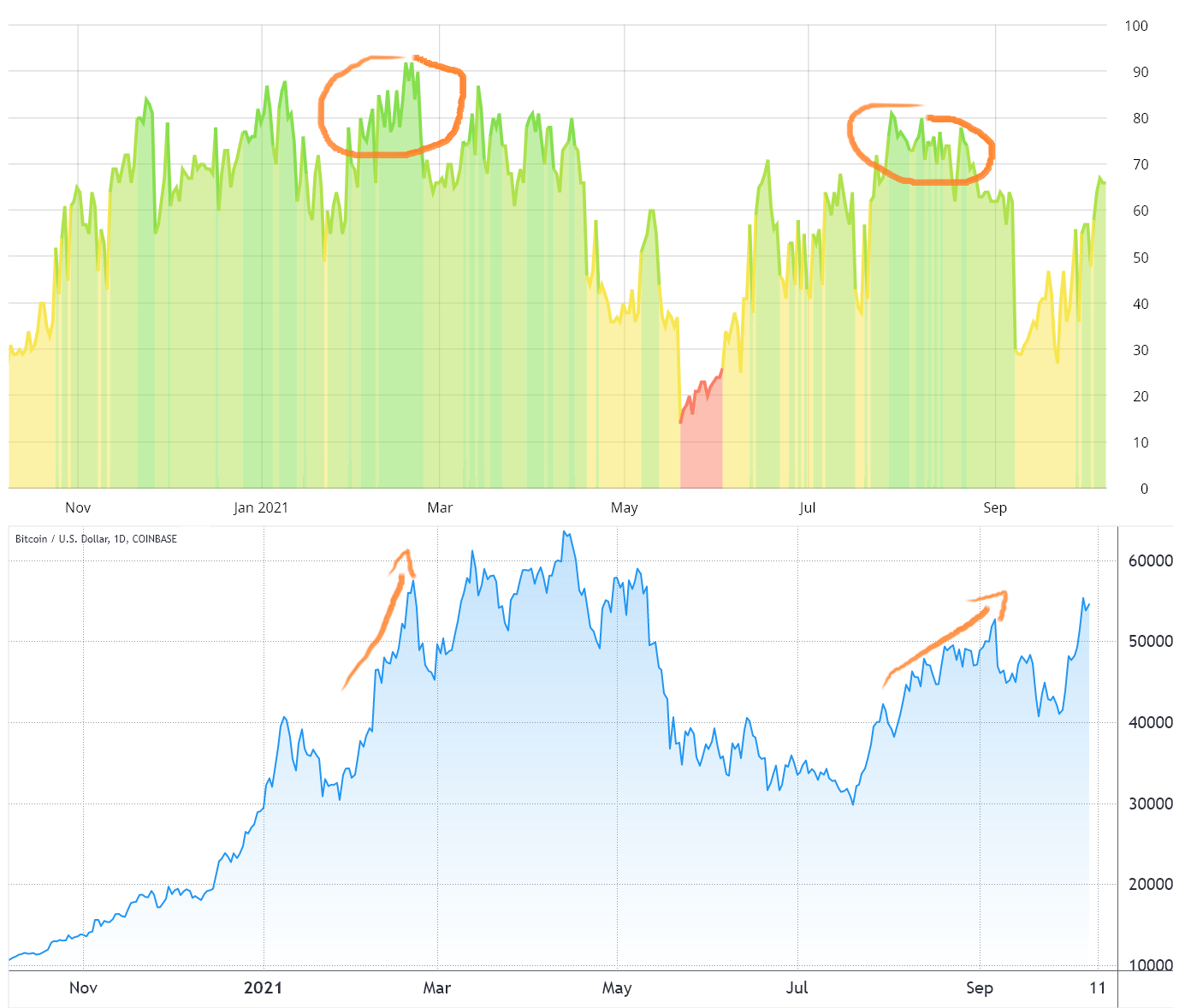 Notice how between Jan. 29 to Feb. 26, the Bitcoin Fear and Greed indicator remained above 65, indicating that traders were overconfident. The metric uses trading volume, futures open interest, social metrics and search data to calculate how hyped the market is. Thus, it took four weeks before a significant Bitcoin price correction took place after the warning sign popped up. Whoever sold in the initial days after the indicator flashes missed the 70% rally that followed.A similar pattern happened between July 23 and Aug. 25, while the Bitcoin price continued to rally. Yes, a correction will always come at some point, but how many weeks or months later?

John Bollinger is an experienced and well-respected trader, but his indicator is the moving average plus some deviation based on the current volatility. In short, a 30% weekly move will be outside this range most of the time, considering Bitcoin’s usual 4.5% daily volatility.

Certainly, a minor correction tends to follow through when Bitcoin breaks the upper Bollinger band, but that has absolutely zero correlation to the price some two to four weeks ahead.

The funding rate has been neutral

Lastly, one should analyze the funding rate, a fee charged by derivatives’ exchanges to balance the risk between longs (buyers) and shorts (sellers) as their leverage varies. Sure enough, when a buying spree takes place, the indicator goes up. 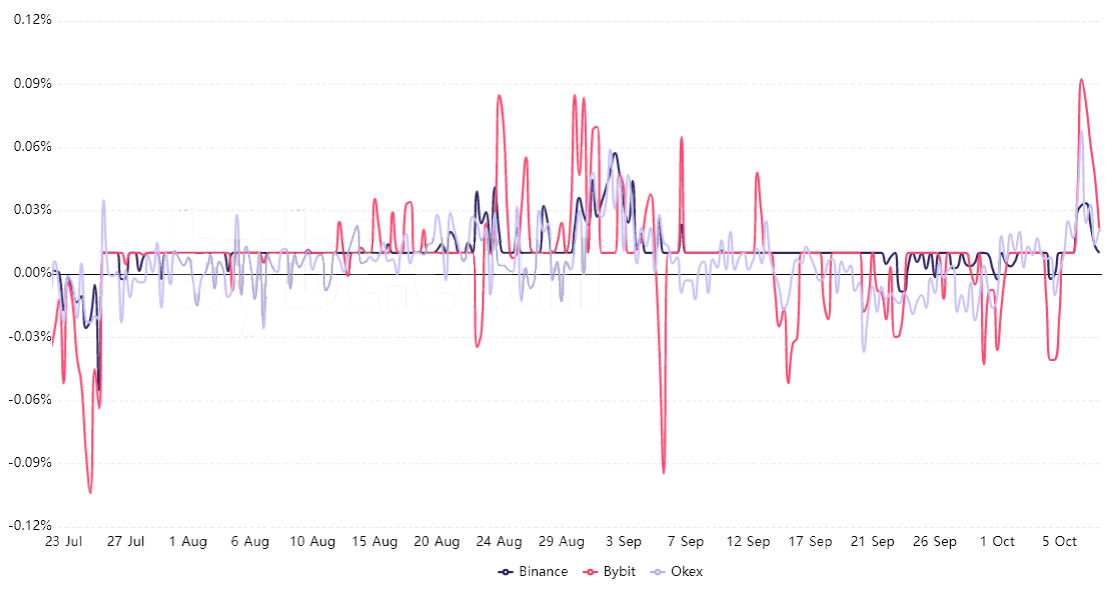 The current 0.04% average rate per eight-hour, or 0.8% per week, is nothing out of the ordinary. Back in December 2020, for example, it stayed above 1.5% per week for a whole month, and then again in February 2021. Similar to the Fear and Greed indicator, this metric shows that buyers are getting overconfident as it surpasses 0.10% per eight-hour, but not necessarily an alarming level.As long as buyers are confident that the rally will continue, paying a 1.5% or even 3% weekly fee won’t force them to close the leverage longs. For example, if a Bitcoin supply shortage on exchanges has caused the recent rally to $56,000 as holders accumulate, there might be room to $80,000 or higher.However, a crash can be expected if some bearish events occur in the near future, such as exchange-traded fund requests being denied or some draconian United States ban on stablecoins. In such an event, Bitcoin will not breach the all-time high, and those backward-looking metrics will finally “work.”The views and opinions expressed here are solely those of the author and do not necessarily reflect the views of Cointelegraph. Every investment and trading move involves risk. You should conduct your own research when making a decision.

Bitcoin price dips are being ‘bought up strongly,’ but a $50K close remains key

One currency to rule them all: Facebook’s Diem has global ambitions