Development within the Polkadot (DOT) ecosystem has been slowly unfolding over the past year and a half, and the work put in by developers is finally starting to bear fruit as parachain auctions finish and the first chains launch on the mainnet. The next phase of interoperability within the ecosystem is set to kick off now that cross-chain functionality is about to go live. This next step will allow Polkadot-based parachains to communicate with each other and transfer assets between chains. After passing community vote, v0.9.19 has been enacted on Polkadot. This upgrade included a batch call upgrading Polkadot’s runtime to enable parachain-to-parachain messaging over XCM and upgrading #Statemint to include minting assets (like NFTs) and teleports. pic.twitter.com/uqIB5di2Q1Here’s a look at what the launch of the XCM messaging system means for the price of DOT, the options that are now available to DOT holders and how this development increases its functionality within the Polkadot ecosystem.

Up to this point, DOT had limited uses and was basically isolated on its own network without much functionality. Its main functions included staking, governance and contribution in parachain crowdloans, which helped reduce the circulating supply but did little else to really spark demand. The introduction of cross-chain communication enabled DOT transfers to various parachain networks and the number of use cases for the DOT token on parachains like Moonbeam and Astar Network. 1/ $DOT is now live & usable in DeFi on Moonbeam!

Following this morning’s #XCM release to @Polkadot, Moonbeam has added xcDOT, an XC-20 representation of DOT on its parachain.https://t.co/gCXIqwlXWbData from Cointelegraph Markets Pro and TradingView shows that the price of DOT has been hard hit by the six-month downtrend in the crypto market as its price has declined 73% from its all-time high at $55 on Nov. 4. 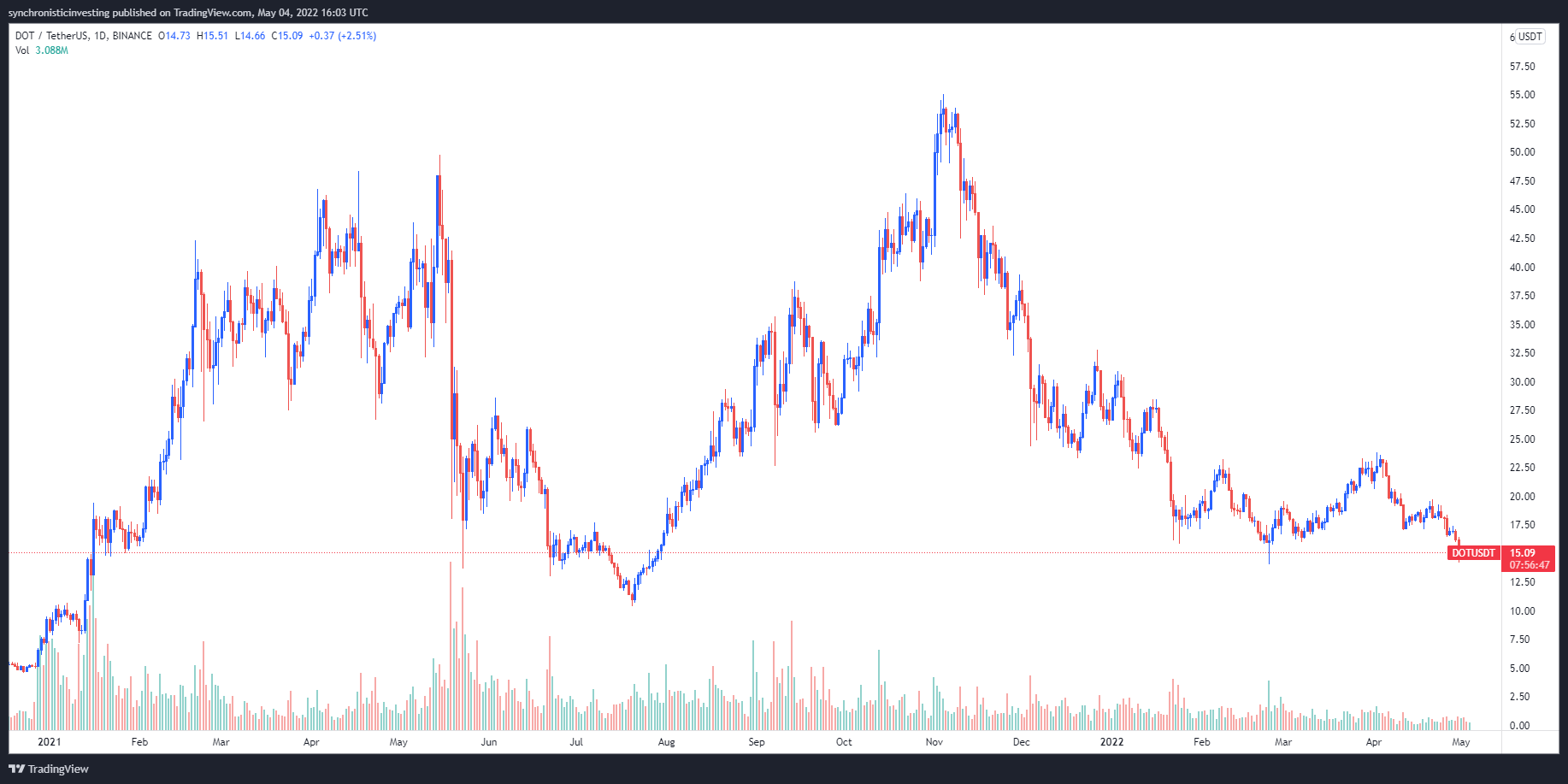 With the token now trading at a notable support/resistance level, it remains to be seen if the ability to transfer DOT across various parachains will help lead to an increase in demand for DOT.

One notable use for DOT that has been rising in popularity in recent months is liquid staking and minting stablecoins by using crypto assets as collateral. DOT can now be transferred to the DeFi-focused Acala parachain and deposited in its liquid staking contract in exchange for LDOT, which can then be used as collateral to mint aUSD, the native decentralized stablecoin of Polkadot and Kusama.This also means it’s time to unbond $DOT from @Polkadot for LDOT staking. Liquid DOT staking, $LDOT, is about to go live on @AcalaNetwork

– Higher yield
– Keep earning DOT staking rewards but get $LDOT to use in DeFi or to mint $aUSD
– Instant unbonding
– Fully decentralizedDOT can also be used in various DeFi applications including yield farming, lending and borrowing. As the introduction of cross-chain communication spreads throughout the Polkadot ecosystem, additional uses for DOT are likely to emerge, especially as parachains roll out increased functionality. The views and opinions expressed here are solely those of the author and do not necessarily reflect the views of Cointelegraph.com. Every investment and trading move involves risk, you should conduct your own research when making a decision.

Fear of the unknown: A tale of the SEC’s crusade against synthetics