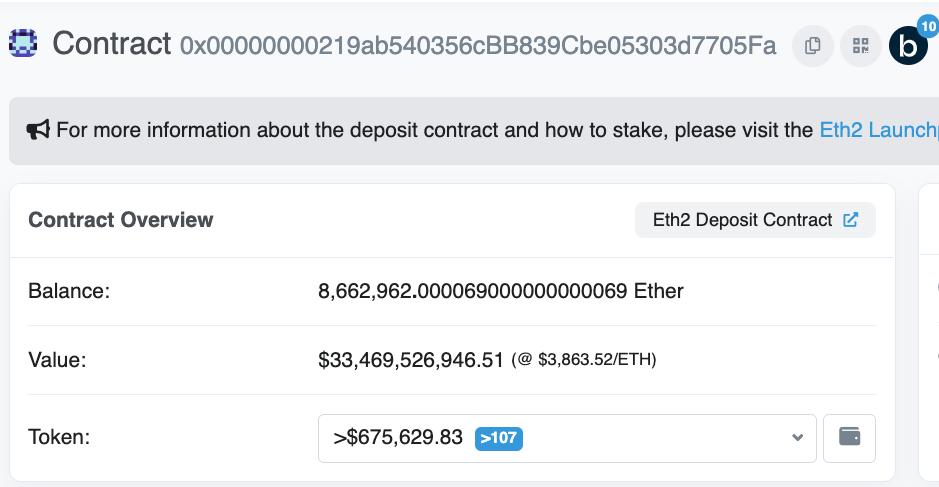 What makes this even more astonishing is the fact that the terms of the hard fork are yet to be decided, and people sending their ETH into the contract were well aware of the fact. The terms of the hard fork could be decided once the Beacon Chain merges with the Ethereum mainnet.The Beacon Chain is the first key step in Ethereum’s move from a proof-of-work mining consensus to a proof-of-stake (PoS) one. In order to become a validator in Eth2, a trader must stake a minimum of 32 ETH. Thus, the $33.5 billion worth of ETH in the largest Beacon Chain contract shows the high demand and trust in the upcoming Eth2.At the start of December, Ethereum developers called upon community members to test the merger to PoS-based Eth2. The testing phase has been divided into three phases, namely for non-technical users, developers with limited experience in blockchain, and highly technical and experienced blockchain developers.The merger of the Beacon Chain into the Ethereum mainnet would complete the transition to PoS Eth2. The official Ethereum.org page for Eth2 suggests the merger could be completed by Q1 or Q2 of 2022.

Platform proposes a quick, scalable and familiar solution for the future of decentralized applications