Bitcoin (BTC) traders may be experiencing some “extreme panic,” but one analyst argues that practically all the technical metrics point to price upside.Speaking to Cointelegraph on Dec. 16, Filbfilb, co-founder of trading platform Decentrader, listed more than 20 signs that bullish momentum should be next for Bitcoin.

“Enough there” for a Bitcoin upside breakout

BTC/USD gained with equities late Wednesday thanks to comments on policy from the United States Federal Reserve.Reaching $49,300, the pair then began to consolidate below the $49,000 mark, a point at which it remains at the time of writing.

Sentiment, however, has yet to show any faith in the short-term future of BTC price action, with the Crypto Fear & Greed Index at just 29/100 — something Filbfilb believes is misplaced.“Basically looking at it, I think there is reason to think that there is enough there to think that we could break to the upside and I feel like no trading exposure doesn’t fit the analysis,” he summarized.An accompanying list of bullish triggers numbered 21 items and included seller exhaustion, miner accumulation and a selection of on-chain metrics.In the bearish camp, by contrast, were just four — the lost 20-week moving average, 50- and 100-day moving averages, bear signals on the 3-day chart and a “horrible” weekly chart. 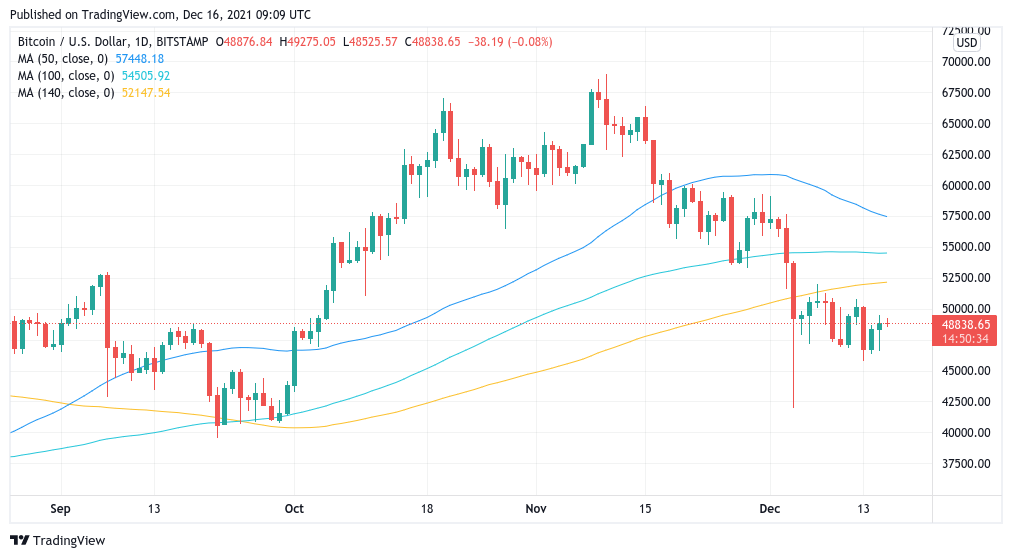 His comments chime with those of others in the space, with popular Twitter account TechDev highlighting several other factors to support an imminent price uptick.Related: Bitcoin sheds ‘dumb money’ as retail buys most BTC since March 2020 crash#BTC 3-day hidden bull div getting ready to play out in my opinion with RSI just over 40, an imminent stoch RSI cross, all following a prior bear div-marked local distribution top. pic.twitter.com/warqTBc27dOne of them, the stochastic relative strength index (stoch RSI), has been proven to act as a bull flag at local bottoms throughout Bitcoin’s history.For Jeff Ross, founder and managing director of Vailshire Capital Management, stoch RSI is now the chart to watch.What I’m watching…

Check out the last four stochastic RSI (14) bottoms since late 2019 on the weekly #bitcoin chart.