The year-long calls for a $100,000 Bitcoin (BTC) price have fallen to the wayside since the asset struck a new all-time high at $69,000, but traders are not completely dismayed. At the moment, most analysts view the current price range as an optimal accumulation zone.For the past week, markets had been a bit rocky as investors across the globe grew increasingly nervous about Dec. 15’s Federal Open Market Committee meeting, but confirmation that the Federal Reserve would enact three rate hikes and gradual tapering in 2022 appears to have been priced into last week’s market volatility. Data from Cointelegraph Markets Pro and TradingView shows that the price of BTC continues to trade above the $47,000 support and after Chairman Powell’s statement, the price rose about 0.55% to trade at $49,000. 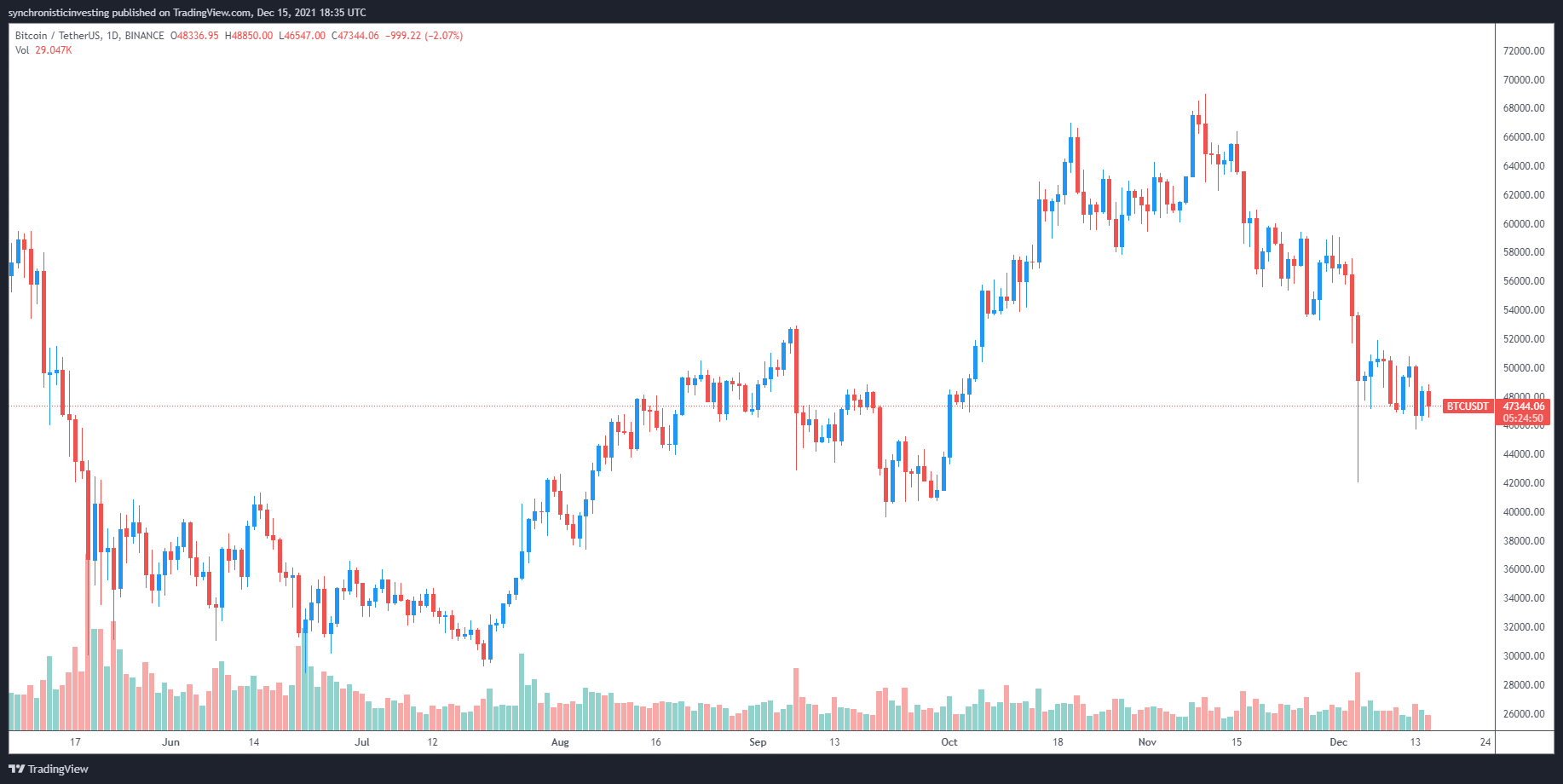 Here’s a look at what market analysts expect from BTC price now that the Fed’s policy intentions for 2022 were clarified.

A more detailed analysis of the recent price action was offered by options trader and pseudonymous Twitter user John Wick, who posted the following chart highlighting the bullish and bearish reversals that have occurred over the past two weeks. 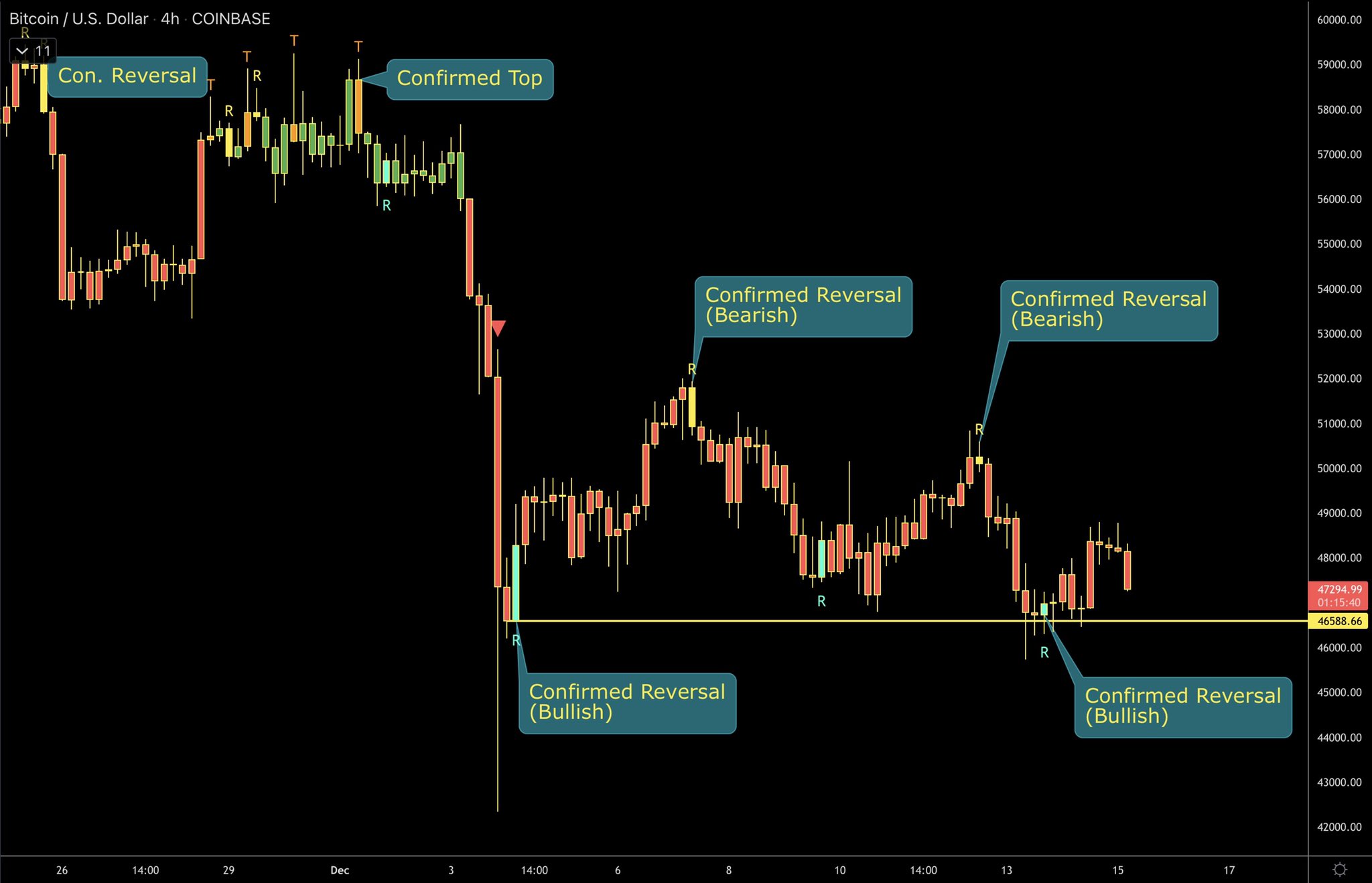 According to Wick, the recent price action from BTC has established “a solid base support,” which is represented by the yellow horizontal line at $46,588, which is structurally “called a stage 1 base.”Wick said,

Volatility is par for the course

Compared to historical price action after all-time highs, the current volatility seen in the market is nothing to fret about, according to independent market analyst Rekt Capital who tweeted that the market showed similar drawdowns in previous bull markets only to storm higher after the fear dissipated.The panic & bearish sentiment towards #BTC is extreme right now

But there’s nothing extreme about this -38% retrace

Over the years, BTC has retraced 30-40% many times in Bull Markets

-38% isn’t extreme#Crypto #BitcoinTrader and pseudonymous Twitter user Crypto Ed_NL likewise sees a bounce coming in the future and he posted the following chart outlining how the price action could play out in the next few weeks. 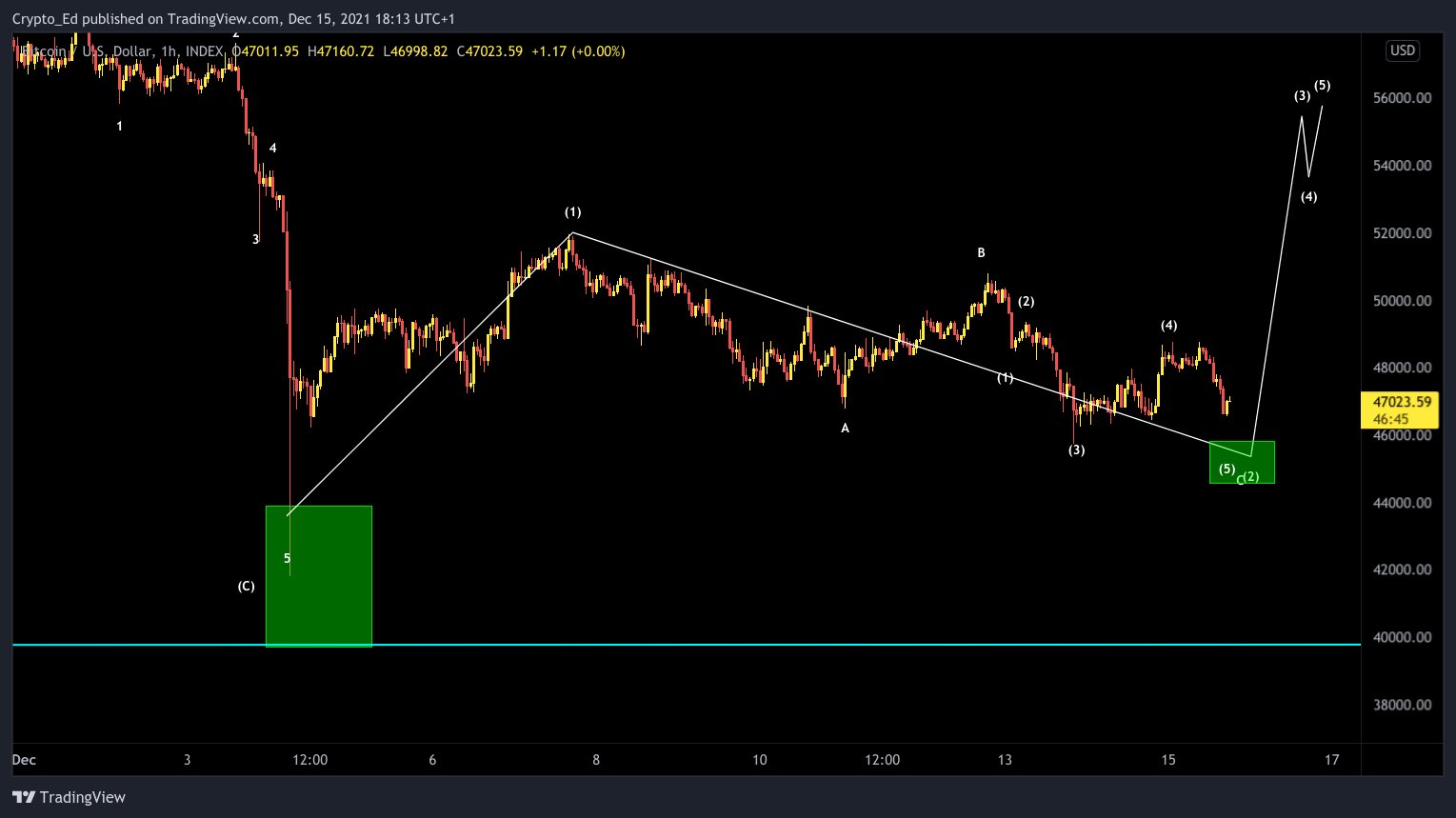 A final bit of perspective was offered by crypto investor and pseudonymous Twitter user Crypto Bull God, who posted the following chart comparing the current price action for BTC with how it performed in September before going on a bullish breakout. 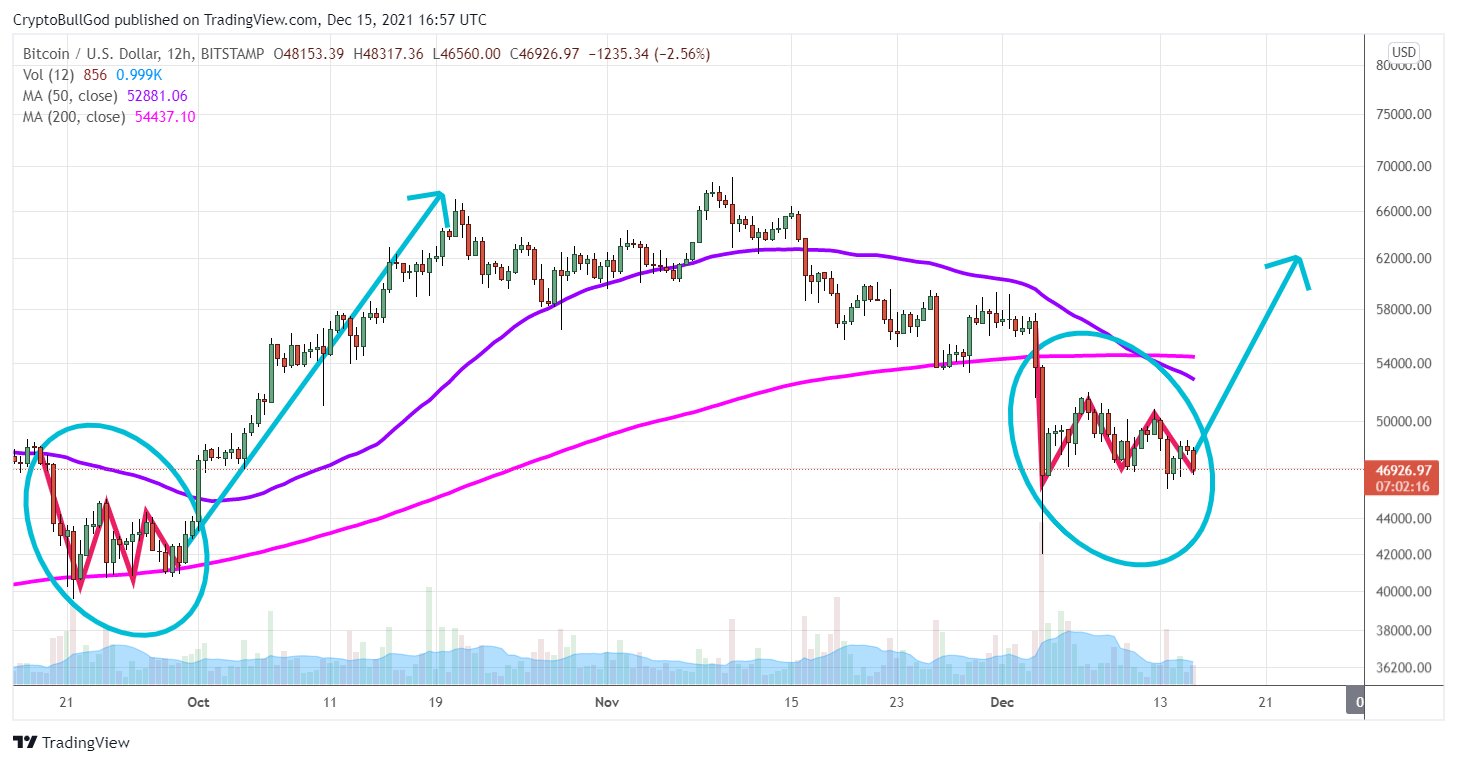 The analyst said, While no one can know for certain how things will play out as 2021 comes to a close, a possible sign that BTC could close out the year strong was pointed out in the following tweet by Cointelegraph contributor Michaël van de Poppe.Whales are buying and heavily getting into the markets in these ranges.

Good.The overall cryptocurrency market cap now stands at $2.152 trillion and Bitcoin’s dominance rate is 41.6%.The views and opinions expressed here are solely those of the author and do not necessarily reflect the views of Cointelegraph.com. Every investment and trading move involves risk, you should conduct your own research when making a decision.