Traders faced another day of red markets on April 14 after the weakness in equities markets continued to put a damper on crypto prices. Data from Cointelegraph Markets Pro and TradingView shows that after holding onto support above $41,000 in the early hours of April 14, the price of Bitcoin (BTC) was slammed back below $40,000 in the afternoon session and hit a daily low of $39,550. 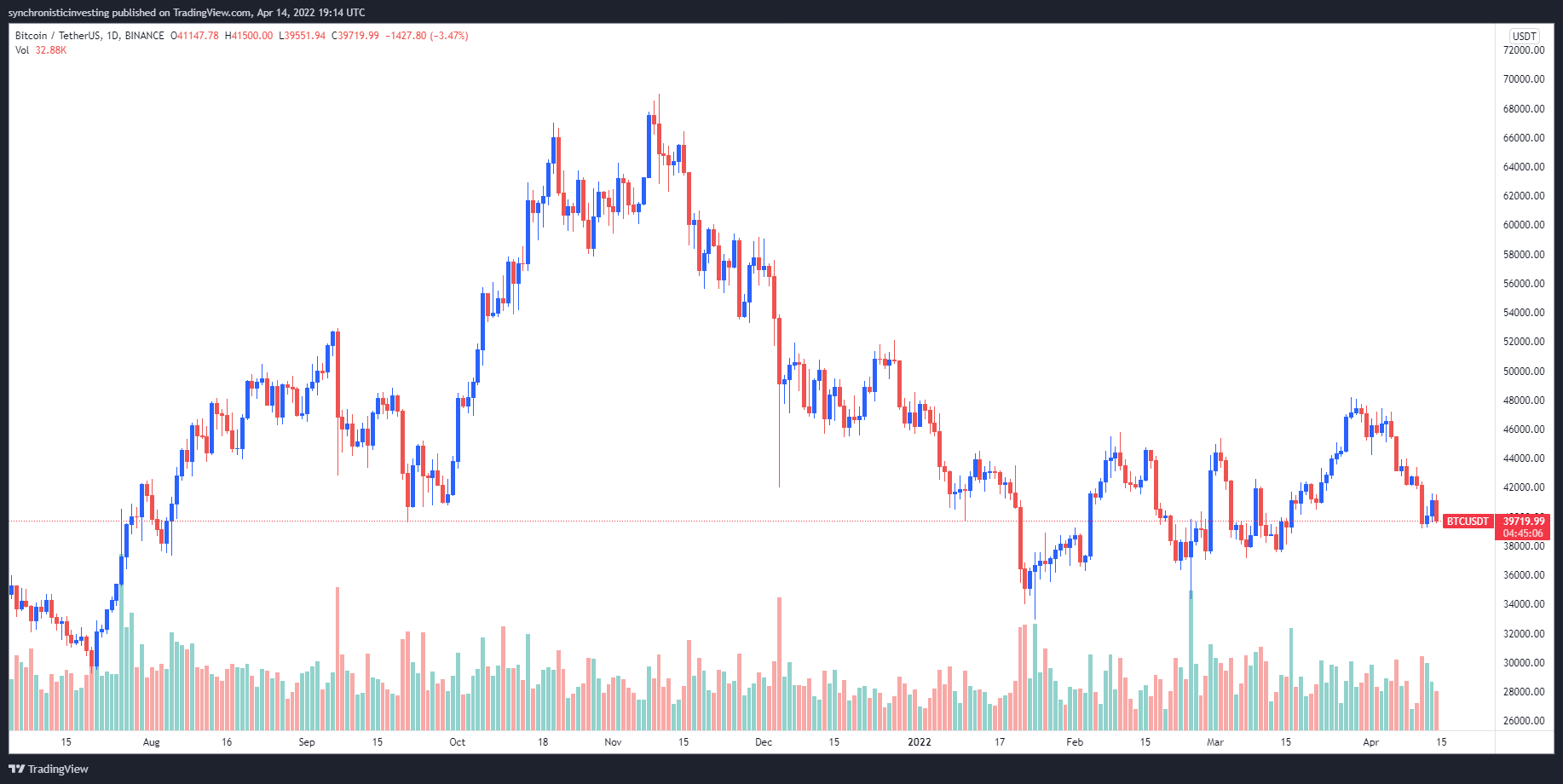 Here’s a look at what analysts are saying about the short-term outlook for Bitcoin.

Bitcoin’s price action on the monthly chart was discussed by markets analyst and pseudonymous Twitter user Rekt Capital, who posted the following chart showing what happened when the $47,000 resistance level was rejected in September 2021. 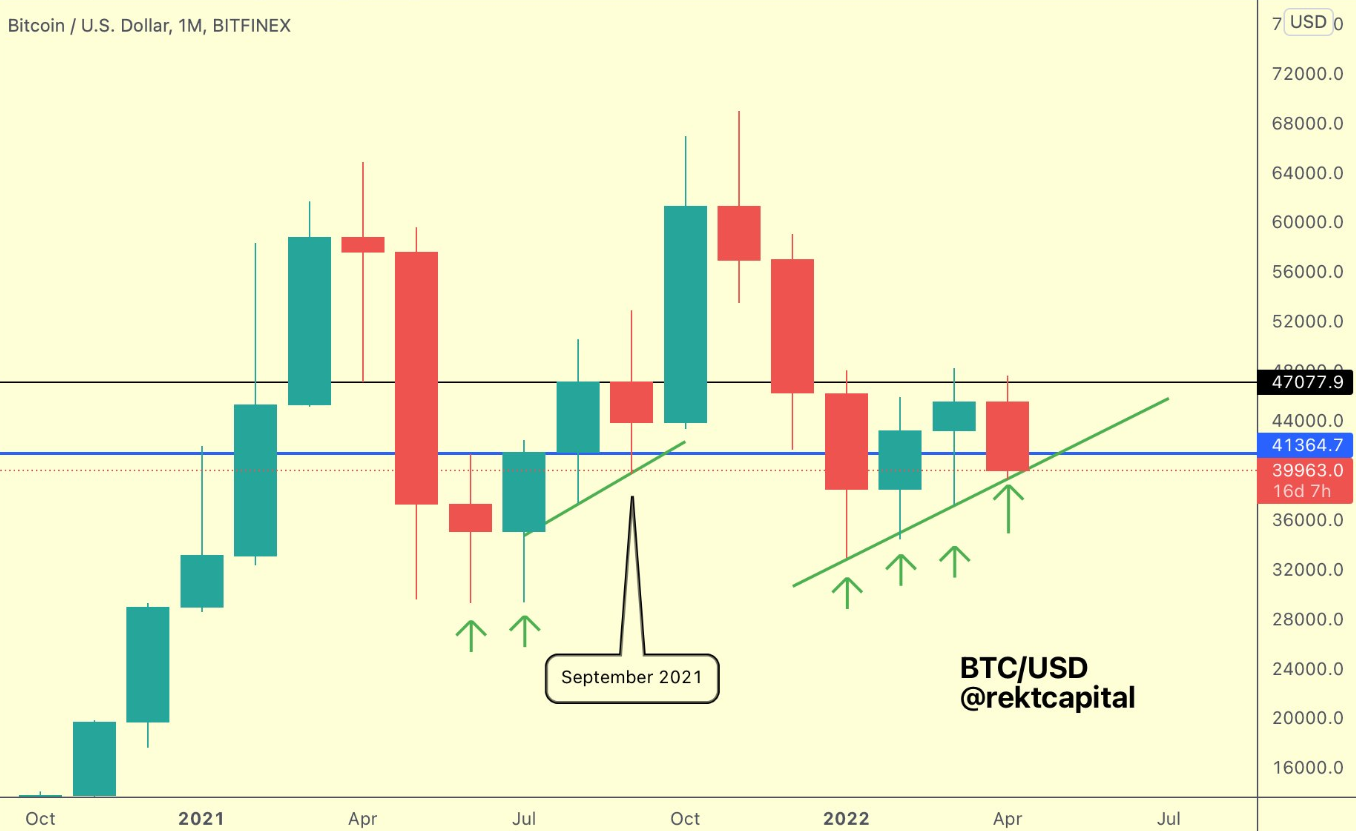 Similar to the current price action, the move in September also dropped to the blue support line at $41,300 “and also respected a green higher low.”Rekt Captial said, A similar outlook was expressed by crypto analyst and pseudonymous Twitter user Decodejar, who posted the following chart stating, “Bitcoin needs to find support above $42,000.” 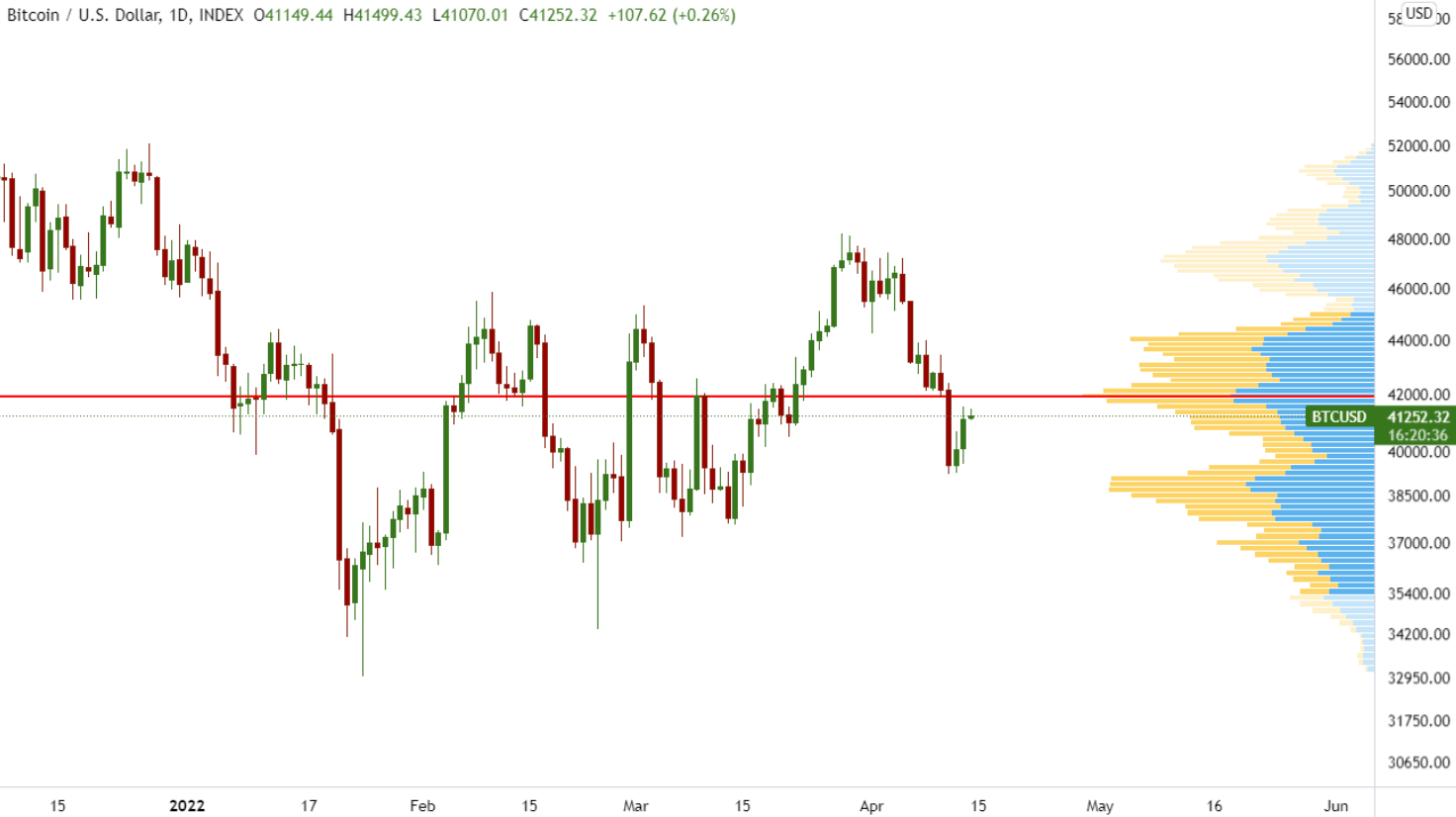 The possibility of a bullish uptrend

Insight into the long-term outlook for Bitcoin based on the percentage of supply held in profit was explored by analyst On-Chain College, who posted the following chart noting that the metric had “bounced off the ~62.5% level three times this year.”

TAnalyst said, The overall cryptocurrency market cap now stands at $1.857 trillion and Bitcoin’s dominance rate is 40.9%.The views and opinions expressed here are solely those of the author and do not necessarily reflect the views of Cointelegraph.com. Every investment and trading move involves risk, you should conduct your own research when making a decision.