Bitcoin (BTC) dipped below $64,000 on Nov. 12 as its comedown from new all-time highs continued to unnerve. 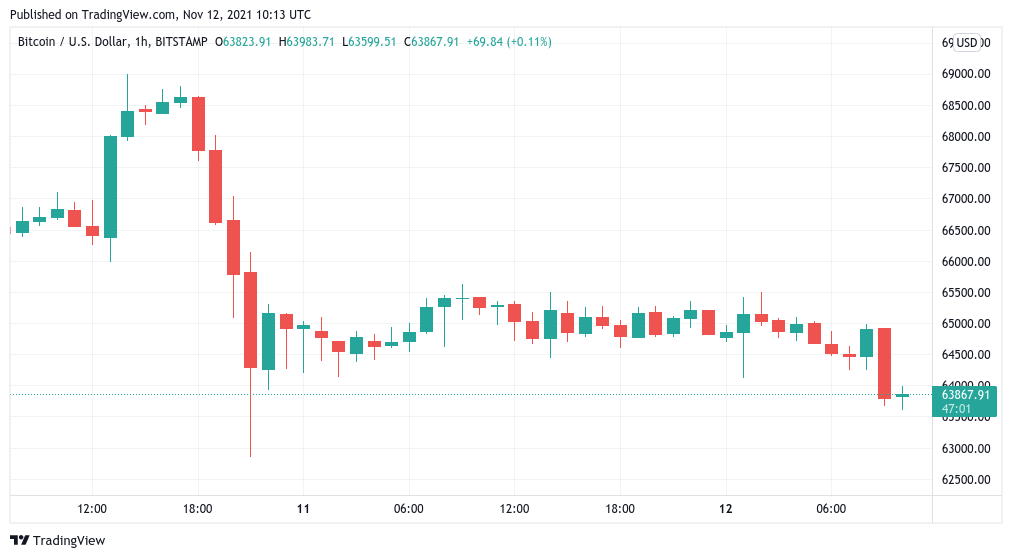 Data from Cointelegraph Markets Pro and TradingView captured fluid market conditions on Friday, with BTC/USD acting in a $2,000 range.The pair had spent the previous day tracing sideways — behavior that was now showing signs of breaking down.For popular analysts, however, such BTC price action was not only expected but welcomed.Sideways :)“A drop to 59-61k followed by some consolidation would be the best way to continue the bull-run in my opinion,” Twitter trader Galaxy added. Funding rates remained slightly elevated on exchanges — with the exception of Binance and Bybit — further hinting that a potential price dip could follow.At the time of writing, BTC/USD fluctuated below the $64,000 mark, down $1,000 in a single hourly candle.

It was a similar story among altcoin markets, with Ether (ETH) matching Bitcoin’s roughly 2% daily losses.Related: Analysts say Bitcoin price ‘dips are transitory,’ suggesting BTC will soon head to $75KSeveral of the top 10 cryptocurrencies by market capitalization saw deeper losses of 6% or more, these including high flyers Solana (SOL) and Polkadot (DOT). 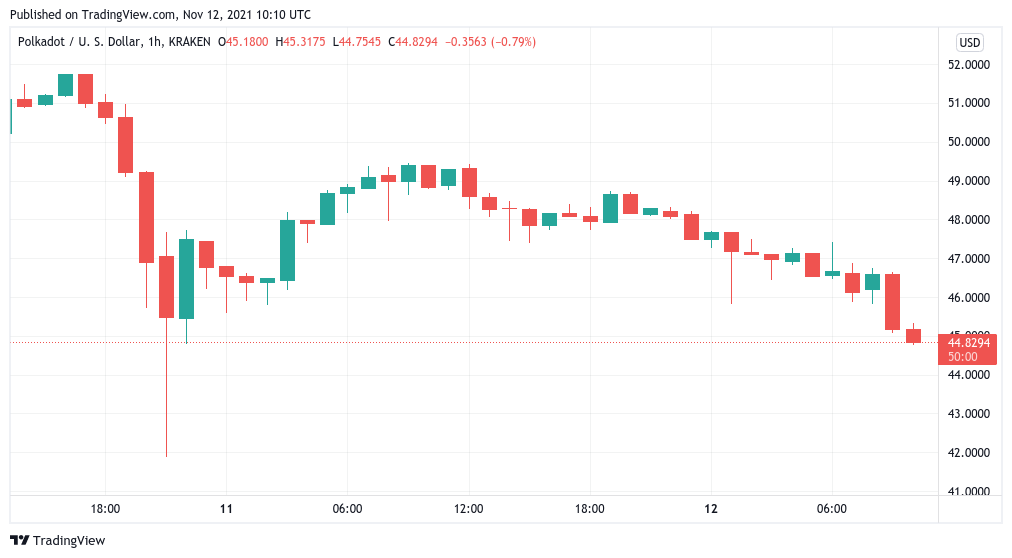 The overall cryptocurrency market cap thus fell below the $3-trillion level after hitting it for the first time earlier in the week.

Ken Griffin says Bitcoin will be replaced by Ethereum-based currency