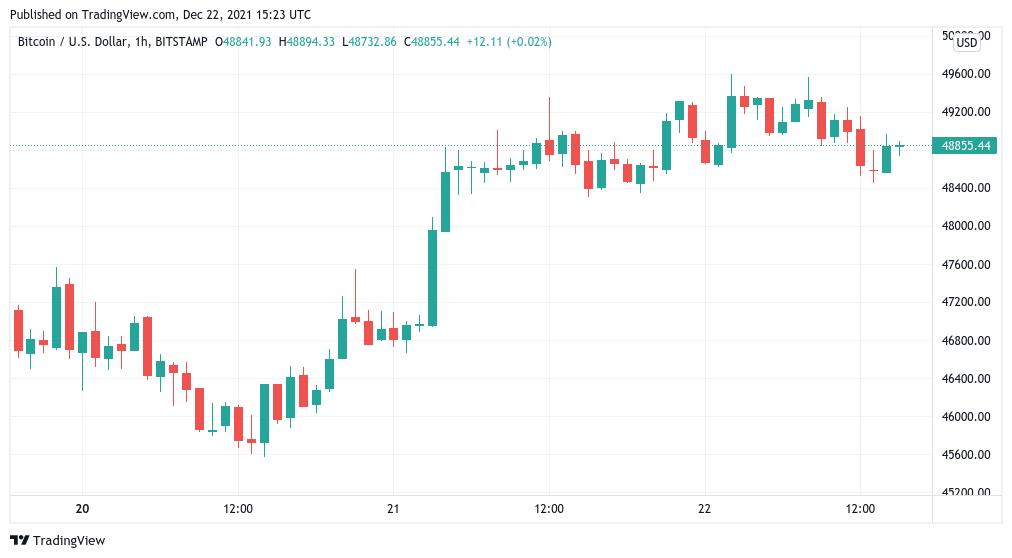 How about a new year squeeze?

Data from Cointelegraph Markets Pro and TradingView followed BTC/USD as it consolidated after coming within $400 of $50,000 overnight.Bulls were up against a significant sell wall around the psychologically significant level, with analysts calling for $50,500 to hit and hold in order to flip positive on short timeframes.”Today the seas will be parted, making way for a shot at a higher low on BTC,” popular trader Pentoshi tweeted in a characteristic social media post. While the “Santa rally” has so far evaded both crypto and traditional markets, looking ahead, some were betting on a turnaround over the New Year period.For trading firm QCP Capital, the key lay in forthcoming low liquidity over the holidays, which could spark a short squeeze in an overly nonchalant market setup.”We reckon the market is getting complacent as spot ranges compress in this 45,500–49,500 channel. And now would be a great time to buy some wings (far strikes),” it advised on Dec. 22.Funding rates on exchanges were positive yet neutral across exchanges at the time of writing, data from Coinglass showed, hinting at a lack of speculative activity.

Macro cues remained muted at the Wall Street open, meanwhile, as a 4.3% jump in Tesla (TSLA) stock failed to impact Bitcoin performance.Related: Missed out on hot crypto stocks in 2021? It paid just to buy Bitcoin and Ethereum, data showsThe S&P 500 was slightly up after the opening bell, while the Coronavirus panic, which had characterized the previous week, appeared to subside.Further relief came in the form of a declining U.S. dollar, with the U.S. dollar currency index (DXY) heading towards 96 support throughout the day. 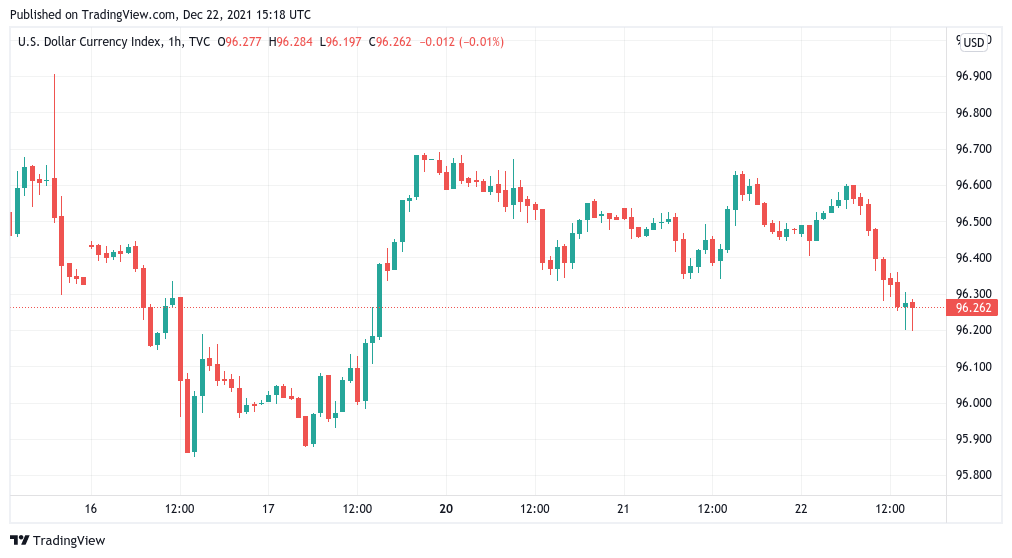 The next generation of data-driven healthcare is here

A ‘seismic mining shift’ may be driving Bitcoin price below $30K: Report