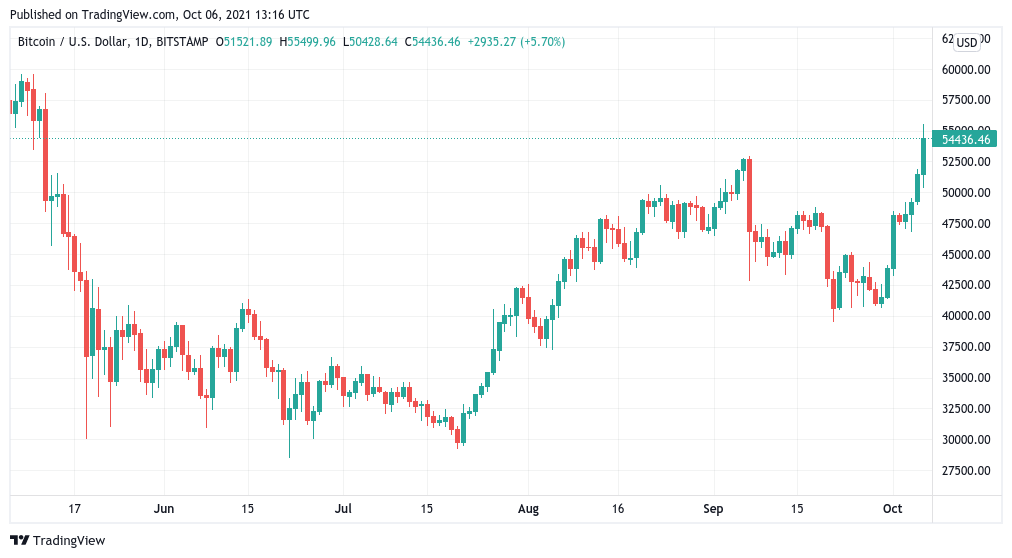 Data from Cointelegraph Markets Pro and TradingView shows BTC/USD hurtling to $55,500 on Oct. 6.The level beats a previous line in the sand for bulls at $53,000, which Bitcoin reached and then reversed nearby during its previous uptick in early September.We are less than $15 billion away from Bitcoin crossing the $1 trillion market cap milestone again.Amid various calls for $57,000 to be hit in the short term, however, futures markets fluctuated in step with aggressive volatility.CME Group Bitcoin futures, previously trading a full $400 above the spot price, were overtaken during the abrupt breakout. 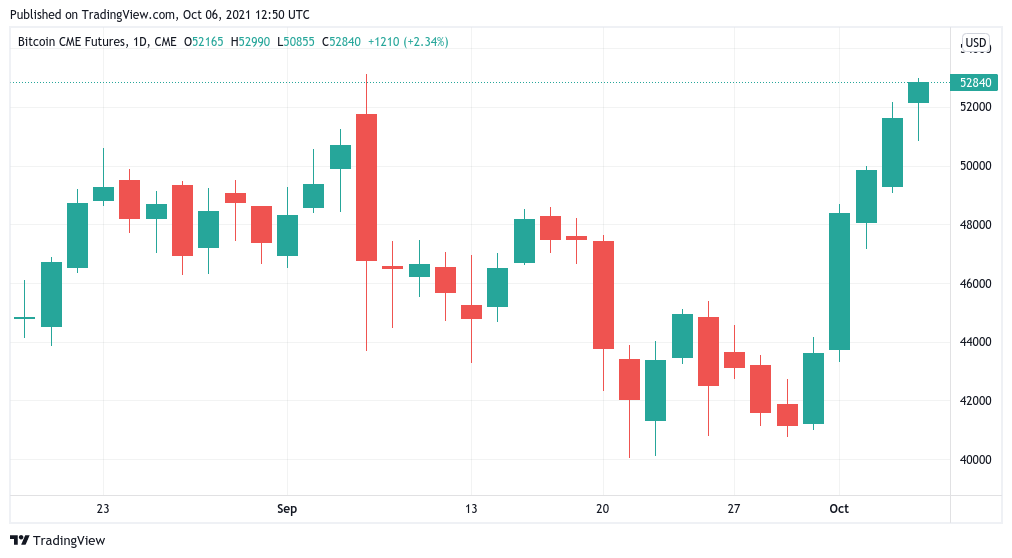 In so doing, BTC/USD thus fully removed any trace of what China’s ban on mining had achieved in May and became a trillion-dollar asset class again.

No loss of faith