Bitcoin (BTC) set a new record low price for 2022 on May 9 as crypto markets continued selling off prior to the Wall Street opening. 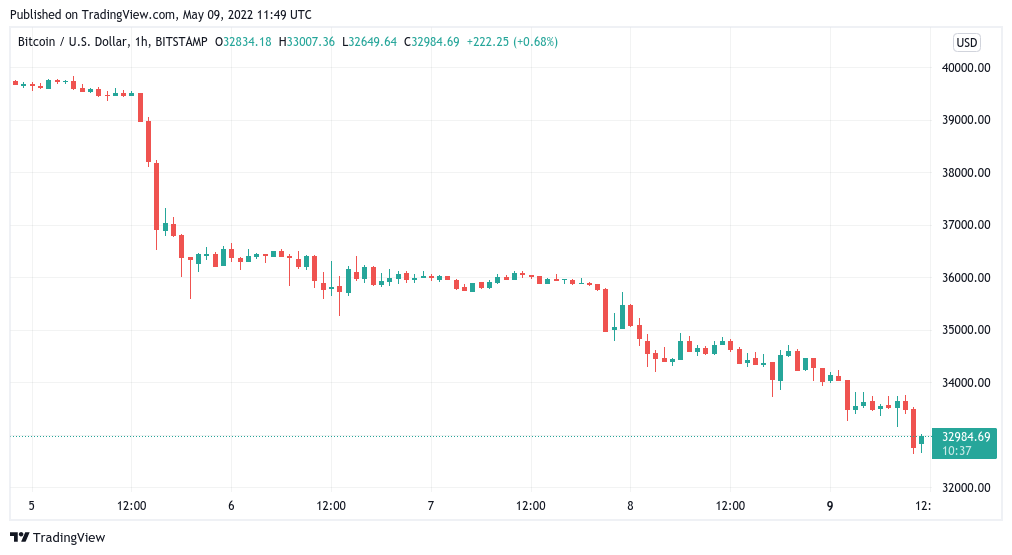 Data from Cointelegraph Markets Pro and TradingView confirmed the firmly bearish achievement for BTC/USD, which hit $32,637 on Bitstamp.With the latest installment of a string of losses in May, the pair continued to trade under $33,000 at the time of writing, with weekly losses now at 15%.“Bitcoin sweeping the lows here, that’s probably next liquidity,” Cointelegraph contributor Michaël van de Poppe told Twitter followers in one of several posts on the day:$30,000 forms a popular floor level among commentators, which some nonetheless believe that Bitcoin could dive to $25,000 or even lower.28.8k incoming https://t.co/FC7EZABqgDAmong this week is Dylan LeClair, who identified Bitcoin’s realized price — the total at which each coin last moved — as a likely target.“A bitcoin dip down to it’s realized price (average on-chain cost basis) is entirely possible and has been consistent with previous market bottoms in bear market cycles,” he began a Twitter thread by stating on May 9:LeClair added that such a capitulation would have been “unlikely” without accompanying weakness in traditional markets. This year, however, has provided just that impetus.Going back to December, I outlined this possibility and prefaced it with the opinion that it’s unlikely to occur unless a significant liquidity crises emerged in legacy markets.

Stay safe out there.

[3/3] pic.twitter.com/qJtNnkYysMBitcoin saw some support around the 2022 lows, so far avoiding a deeper retest of levels not seen since last year.“We’ve seen renewed selling in Bitcoin and the wider digital token market as the prospect of increasing interest rates and a deteriorating economic environment continues to weigh on risk assets,” analysts at major exchange Bitfinex, meanwhile, told Cointelegraph in private comments.

LUNA stands out among altcoin rout

Amid a hastening sell-off, altcoins also began to lose significant value.Related: First 6-week losing streak since 2014 — 5 things to know in Bitcoin this week 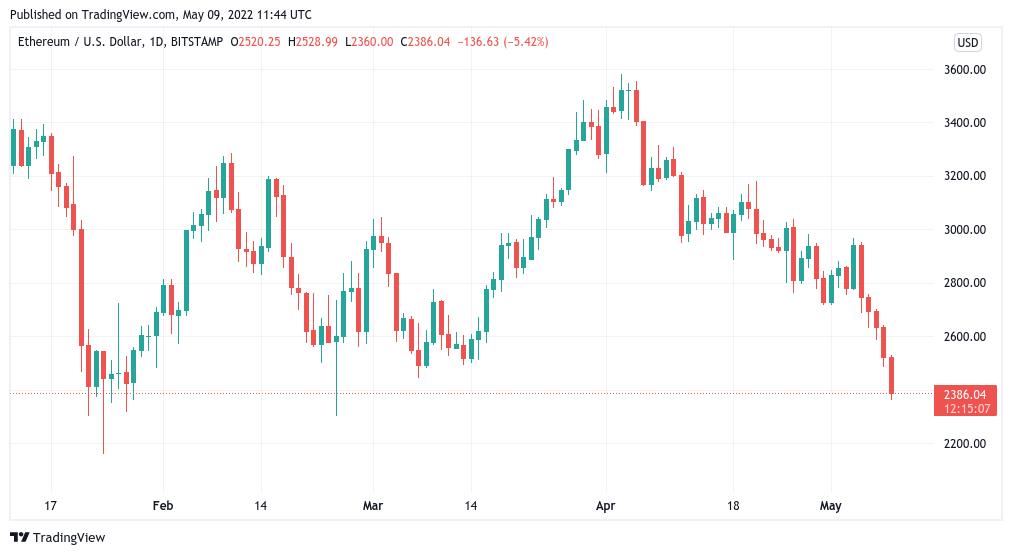 Ether (ETH) traded below $2,400 for the first time since Feb. 24, down 7% on the day in line with the majority of the top ten cryptocurrencies by market cap.The largest weekly losses in the top ten belonged to Terra (LUNA), which shed 27% on the back of controversy over its TerraUSD (UST) stablecoin. 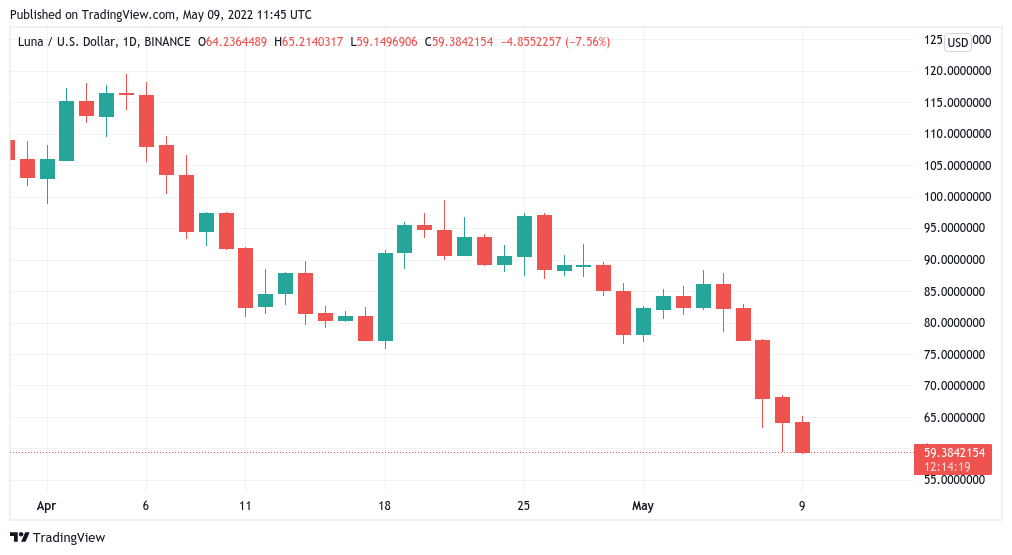