If Karl Marx and Friedrich Engels were somehow transported to the present day and given a newspaper, the apparent lack of class conflict would probably make the revolutionaries think they’d won. They would see a society split on all manner of subjects — from identity politics to the correct COVID-19 strategy — but virtually silent on the eternal struggle between labor and capital, the oppressors and the exploited.How different it would be if they’d returned just 10 years ago when the Occupy movement was in full swing, with tent cities springing up in protest against crony capitalism, corporate greed and a reckless, out-of-control financial sector. A decade on, the same problems persist, but they’ve become a barely discernible background hum amid the roiling, raging culture wars.The 1% may sleep easier these days, but any complacency they feel is profoundly misplaced. The rage never actually went away, and as inequality has grown even more pronounced, capitalism’s discontents are no longer limited to the Left. Crucially, these proto-revolutionaries now have access to the most powerful economic weapon that ordinary citizens have ever had.

Welfare for the rich

Why is revolution brewing? Because people aren’t stupid. They see governments spending trillions of dollars on propping up the too-big-to-fail while the poor continue to struggle from paycheck to paycheck. What most don’t realize, however, is that governments know that welfare for the rich hits the poor hardest. Indeed, they’ve known it for the better part of 300 years.First described in the early 18th century, the Cantillon Effect describes how money-printing makes the rich richer and the poor poorer. When significant amounts of new money are pumped into an economy, the first recipients get to spend the cash before prices have increased. If they’re prudent — as the rich tend to be — they’ll invest in assets such as real estate, precious metals, art or fine wine. 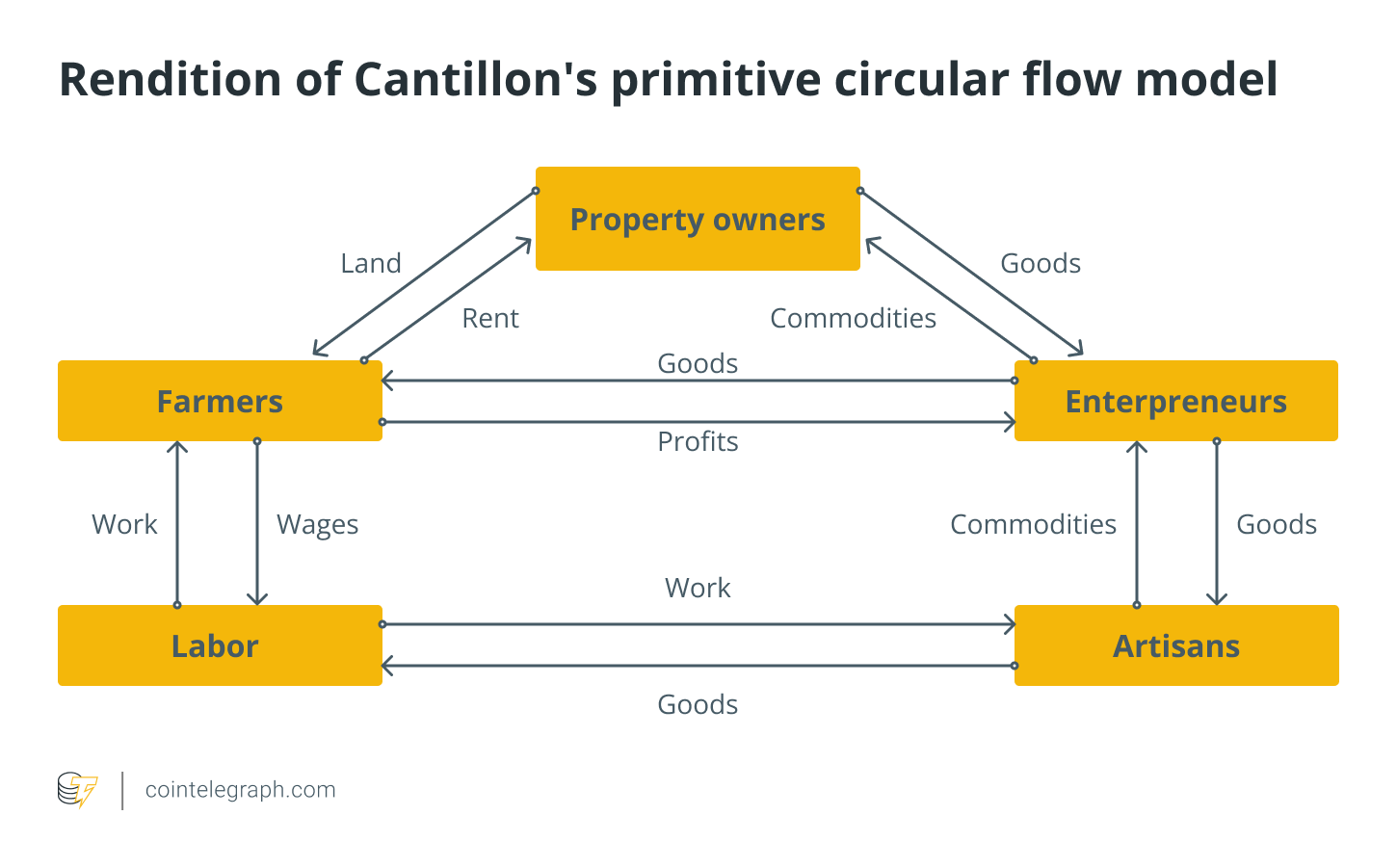 By the time this money “trickles down” to the poor (if it ever does), it becomes massively devalued by the inflationary effects of printing it in the first place. As prices rise, the rich double their winnings as they see the value of their assets increase, while the poor lose twice as the cost of living soars.You don’t have to be a socialist to rage against an economic machine that makes life harder for the poorest in society while rewarding reckless corporate behavior. What’s rarely understood, however, is that this isn’t a bug of our supposedly capitalist economic system — it’s a feature.

It’s common to blame “capitalism” for the economic and societal issues the world is facing today. In fact, were Marx alive today, he’d find a lot to love about our financial system — including concepts that come straight out of The Communist Manifesto. For example, Marx’s fifth tenet of communism argues for the “centralisation of credit in the hands of the state, by means of a national bank with State capital and an exclusive monopoly.” Sound familiar?The truth is that we, in many ways, actually live in a “soft socialist” utopia, where regulations, subsidies and other state interventions are geared around protecting corporate behemoths and those whose wealth resides in assets rather than savings accounts. It’s difficult to see how a further lurch to the left will solve the structural failings of an economic system that already sees printing money as the solution to every problem. Then again, short of a proper, blood-and-thunder revolution, it’s difficult to see what we can do against such powerful vested interests and their political backers. To borrow a favorite phrase of Vladimir Lenin’s: What is to be done?Whether you’re on the Left or the Right, the answer is to avoid fighting the rich on their own terms. There is only one way for the poorest in society to seize power from the hands of the 1%, and that is by removing their ability to manipulate fiat currency.

Can Bitcoin (BTC) really challenge the millennia-long hegemony of the asset-owning class (and without shedding any blood)? You may say I’m a dreamer, but I’m not the only one. Just ask Salvadorans.Before Bitcoin, Salvadorans receiving remittances from abroad had to pay a sizable fee to money transfer businesses like Western Union or MoneyGram — cash that would be far better spent on food or medicine. With Bitcoin now adopted as legal tender, these businesses are estimated to lose $400 million per year. That’s money going straight back into the pockets of the world’s poorest.This is how the revolution will happen — not via violence but through choice. Show people how the fiat system makes them poorer, give them the ability to grow their wealth in uninflatable Bitcoin, and they’ll vote with their feet. Rather than being overthrown in a lightning coup, fiat money will simply dwindle in importance as more people use Bitcoin to inoculate themselves from inflation. This will gather pace as the “squeezed middle” find themselves harder hit, with history conferring countless proofs that revolutions only happen once the middle classes and political moderates embrace the radical ideas of the revolution.That same whiff of rebellion is in the air today. People long ago lost faith in their politicians, but now they’re beginning to question long-established economic and monetary narratives. What’s so compelling about Bitcoin is that it doesn’t have to preach its own gospel or attack the other side: The more people learn about Bitcoin, the more they understand how they’re being cheated under the current system.Bitcoin’s critics like to claim that it’s too complex for mass adoption. But which is harder to grasp, a digital currency with a hard cap of 21 million coins or the bewildering sleights of hand employed by central banks and finance ministers to cloak inflationary policies that reward the rich while hurting the poor?While revolutionary France had the guillotine and Soviet Russia the gulag, we don’t need to use terror to fight the tyranny of unsound money. Ours is a truly Velvet Revolution: Our sole weapon is an alternative currency that cannot be inflated, censored or otherwise manipulated, and the only “victims” are those who make a killing from a system that hurts everybody else.This article does not contain investment advice or recommendations. Every investment and trading move involves risk, and readers should conduct their own research when making a decision.The views, thoughts and opinions expressed here are the author’s alone and do not necessarily reflect or represent the views and opinions of Cointelegraph.

Cosmos sees 1 million transfers in a month across the ecosystem