On June 18, Bitcoin (BTC) and traditional markets faced another day of downward pressure comments from the United States Federal Reserve about the possibility of raising interest rates sooner than expected has led to a spike in the price of the U.S. dollar at the expense of risk assets and treasury notes. The Fed doesn’t deserve all the bla, however, as concerns about a further downturn for BTC have been building for weeks with much of the discussion focused on the approaching death-cross and what it means for the future of Bitcoin. Death cross may happen in few days guys…be ready. strong bearish signal. Warning for traders$Btc #Bitcoin pic.twitter.com/RaBVZPKOnZToday’s selling pulled Bitcoin price below the crucial $36,000 support, leading traders to forecast $32,500 as the next stop before Bitcoin revisits the swing low at $30,000. 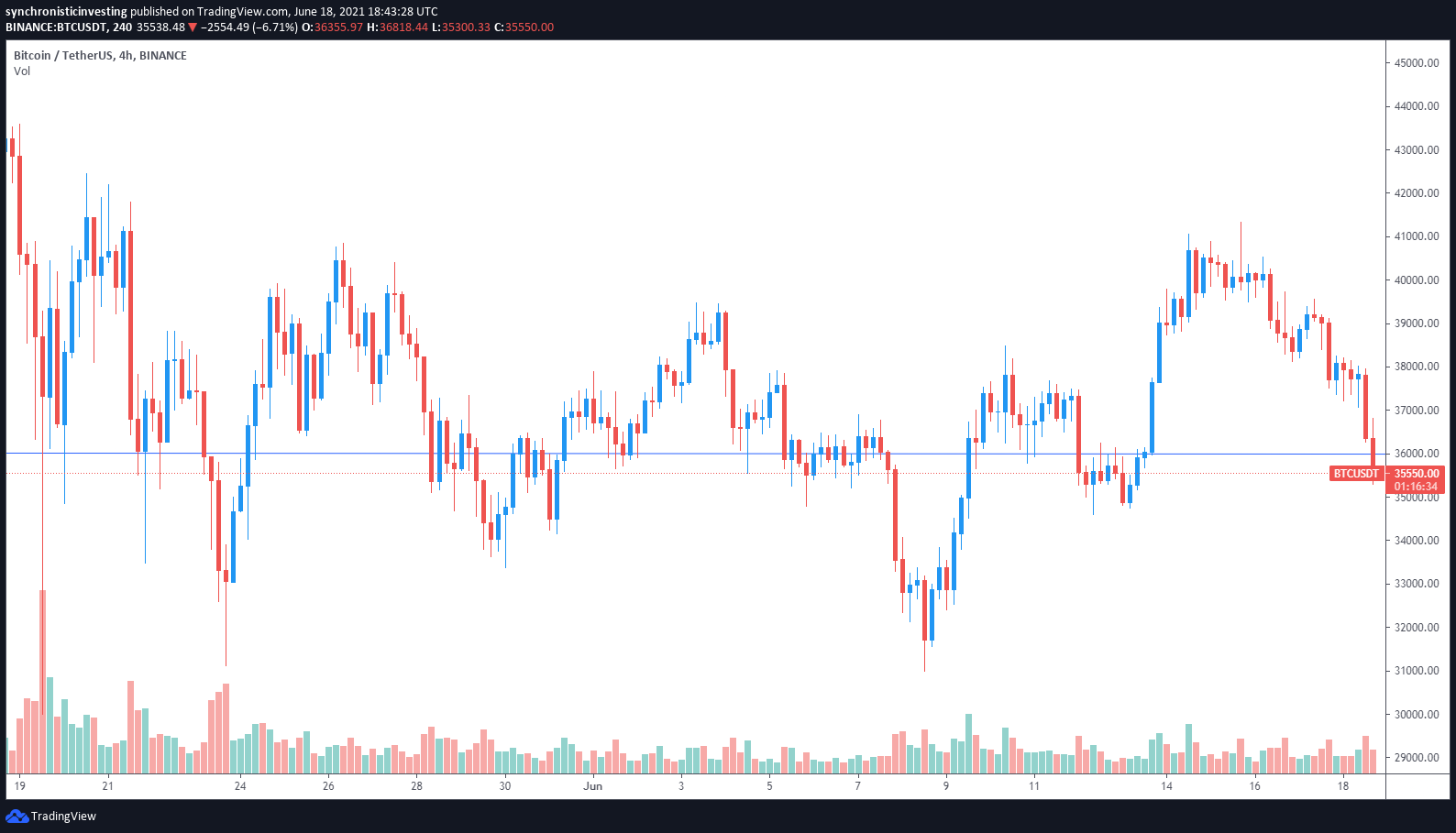 These technical factors combined with negative headlines in the news such as Chinese authorities shutting down cryptocurrency miners or the most recent “rug pull” on the Iron Finance protocol that saw cryptocurrency proponent and billionaire investor Mark Cuban lose money have traders feeling apprehensive about the current dip in Bitcoin price.

As a result of these concerns, the crypto Fear & Greed Index has dropped to 25, registering extreme fear and continuing the trend of the past month.

Inflows to exchanges spiked before the sell-off

Data from the on-chain data analysis firm CryptoQuant shows that BTC netflows to exchanges provided some warning to observant traders ahead of this week’s drop from $41,000 to $36,000. A spike in BTC inflows to exchanges occurred on June 15 when BTC price hit $41,300 and then proceeded to decline by 15% over the next three days.

One observant analyst has pointed out that whale activity on the Gemini cryptocurrency exchange, in particular, has a noticeable correlation with some of the larger sell-offs experienced by the cryptocurrency market in 2021. #Gemini is a whale pod for #BTC.

Looking back, we can see the largest corrections where caused by Gemini whales.

It’s safe to make the assumption that a positive $BTC netflow on Gemini could indicate a local top.

S/o @cryptoquant_com & @ki_young_ju for providing this data. pic.twitter.com/Y1SiqlSoSVWith the Bitcoin netflow to exchanges balancing out over the past couple of days with inflows only slightly outpacing outflows, market participants now wait to see which way the price moves next as the dreaded death cross approaches.

While investor fears are rising and some traders who bought between the March and May highs are selling at a loss, the total supply of Bitcoin held by long-term holders continues to increase after reaching a low in the middle of May. 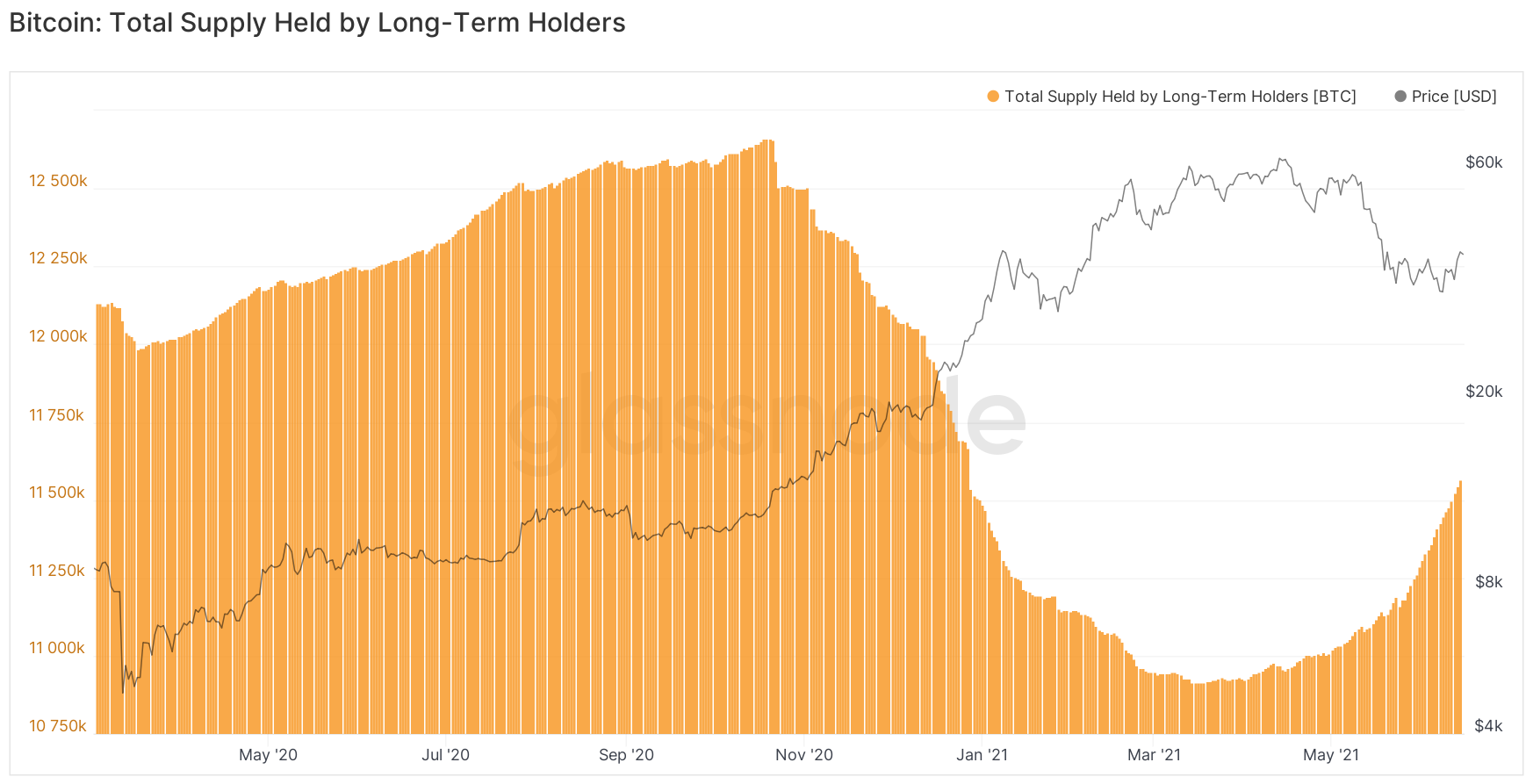 According to crypto Twitter analyst William Clemente III, recent on-chain data indicates that BTC is oversold and “now sits on historically important inflection points for major on-chain indicators.” Clemente suggested that long-term holders “continue to scoop up discounted BTC,” which has helped offset selling by short-term holders and he pointed to the fact that “accumulation is growing stronger.”Overall, the short-term future for BTC remains risky as previous instances of a death-cross have been followed by a retracement that is similar “to the retrace that preceded the crossover,” according to cryptocurrency analyst and trader Rekt Capital. 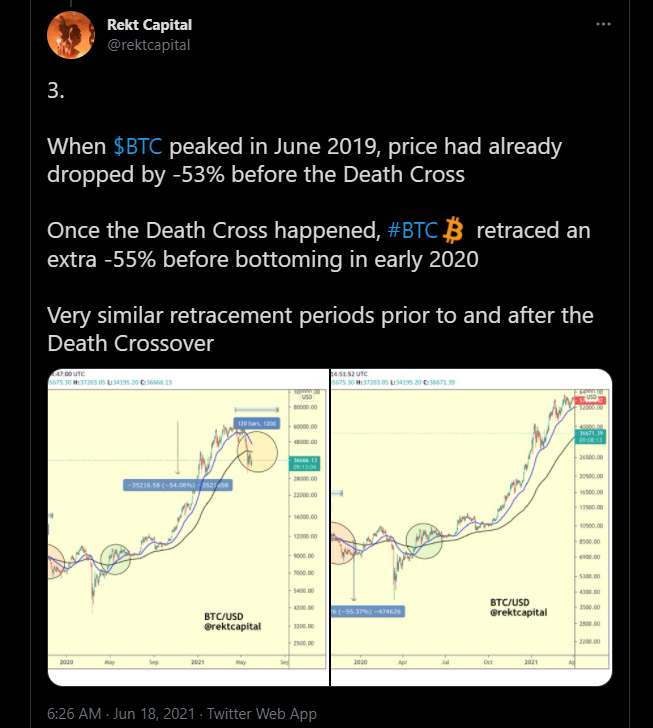 On the other hand, the longer-term data hints at a more optimistic future because whale wallets and long-term holders continue to increase their Bitcoin balances. The views and opinions expressed here are solely those of the author and do not necessarily reflect the views of Cointelegraph.com. Every investment and trading move involves risk, you should conduct your own research when making a decision.

Beyond the hype: NFTs’ actual value is still to be determined

Binance to finalize acquisition of Swipe, paving for CEO exit