As 2021 draws to a close, the premier lineup in the DeFi landscape largely consists of synthetic asset platforms (SAPs). An SAP is any platform that enables users to mint synthetics, which are derivatives whose values are pegged to existing assets in real time. As long as oracles can supply a reliable price feed, synthetics can represent any asset in the world and take on its price — be it a stock, commodity or crypto asset. As such, SAPs finally bridge the gap between emergent DeFi platforms and legacy finance, allowing investors to place their bets on any asset anywhere, and all from the cozy confines of their favorite blockchain ecosystem. Decentralized and operating on Ethereum’s layer one, SAPs would appear to be crypto’s next major growth catalyst. However, unlike for sound money and verifiable artwork, in the world of collateralized lending, decentralization and secure ownership only make up half the equation.

In traditional finance, instruments of collateralized debt are among the world’s most prominent financial assets, boasting a cumulative valuation of nearly $1 trillion. Most people know them as mortgages — a term whose etymology traces back to thirteenth-century France and which translates, literally, as “death pledge.” Perhaps morbid or melodramatic to the average individual, but to the many millions who lost their retirement accounts, life savings, homes and livelihoods in the aftermath of the 2008 financial crisis, the terms “death pledge” and “collateral damage” are not only appropriate but par for the course in conveying the anguish and agony that await those who partake in collateralized lending without first understanding the risks and ramifications that come with it. 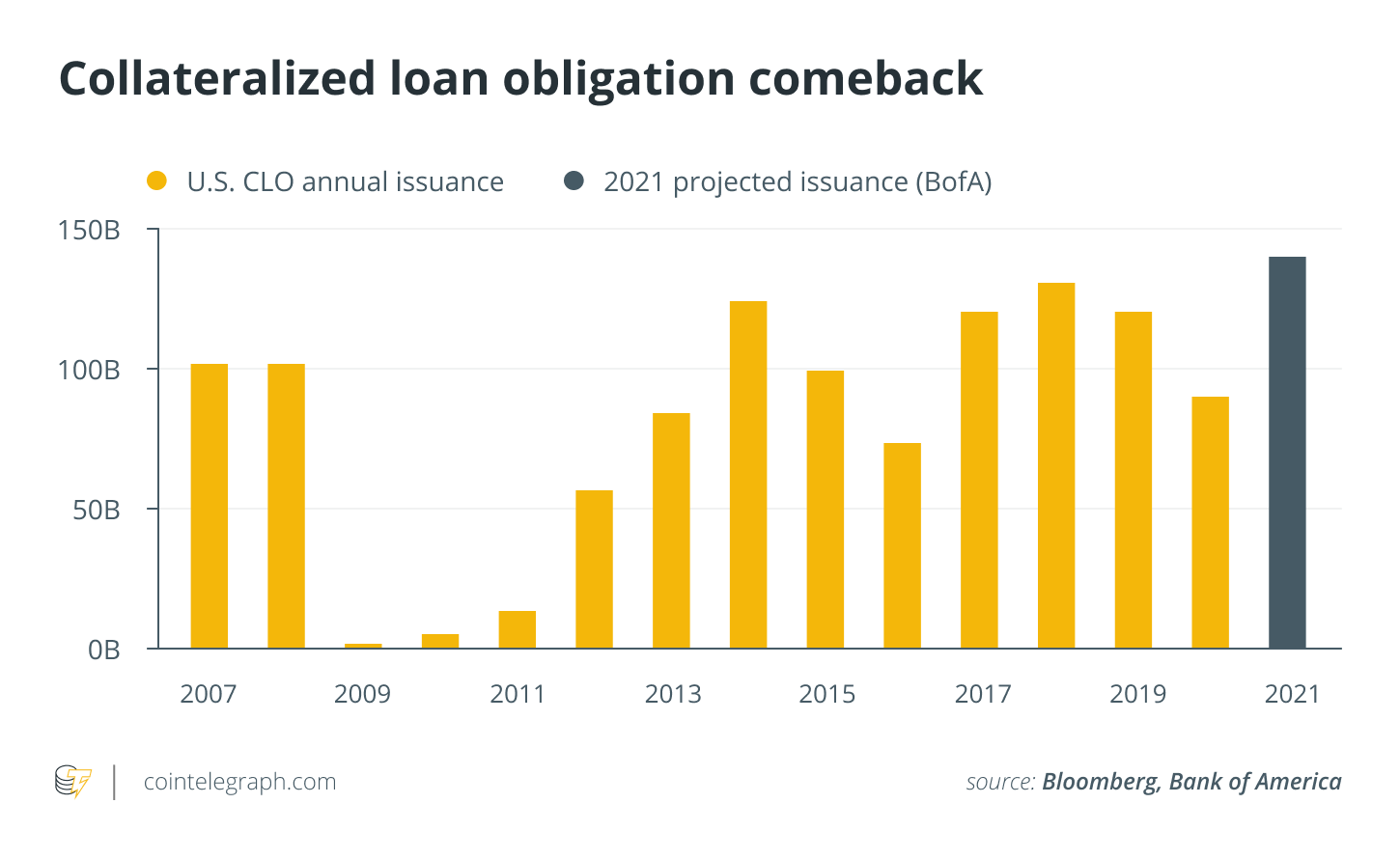 Here’s the gut-wrencher: To receive a loan, a debtor puts forward collateral that becomes contractually locked with a creditor, who may seize the collateral in the event the debtor becomes unable to service the debt. Unfortunately, servicing collateralized debt is not as simple as making punctual interest payments, as the value of the underlying collateral may deviate drastically in response to volatility in the broader market — like the sudden collapse of the U.S. subprime housing sector. If the value of a debtor’s collateral falls below a predefined threshold, the creditor — be it a bulge-bracket bank or decentralized protocol — has the right to assume possession and liquidate the collateral at market value to recoup the outstanding loan principal. If the term death pledge is too much to stomach, you might well call it the rug pull of a lifetime.Whether issued on Wall Street or the Ethereum blockchain, the risks involved with collateralized financial products cannot be merely decentralized away. Liquidation triggers are fundamentally rooted in exposure to the volatility of a broader macroeconomic environment, which neither developers nor financiers can control.

Take MakerDAO, for example, an exceptionally decentralized SAP whose collateralized stablecoin DAI is pegged meticulously to the U.S. dollar. On the surface, Maker offered an enticing opportunity for investors, who could stake their otherwise dormant crypto holdings to mint a synthetic dollar. Stable though DAI may be, the distributed collateral pool that backs it is composed of some of the world’s most volatile assets — namely, Ether (ETH) and Bitcoin (BTC).To prevent crypto market downturns from triggering mass liquidations, the Maker protocol requires over-collateralization to the tune of 150%. In other words, users only receive two-thirds of what they inject into the protocol in dollar terms, a model that neither appeals to traders nor supports adequate capital efficiency in the ecosystem. To add insult to injury, the ever-volatile crypto market proved Maker’s steep collateral requirements insufficient in March 2020, when a 70% drawdown liquidated Maker users across the board for losses totaling over $6 million. 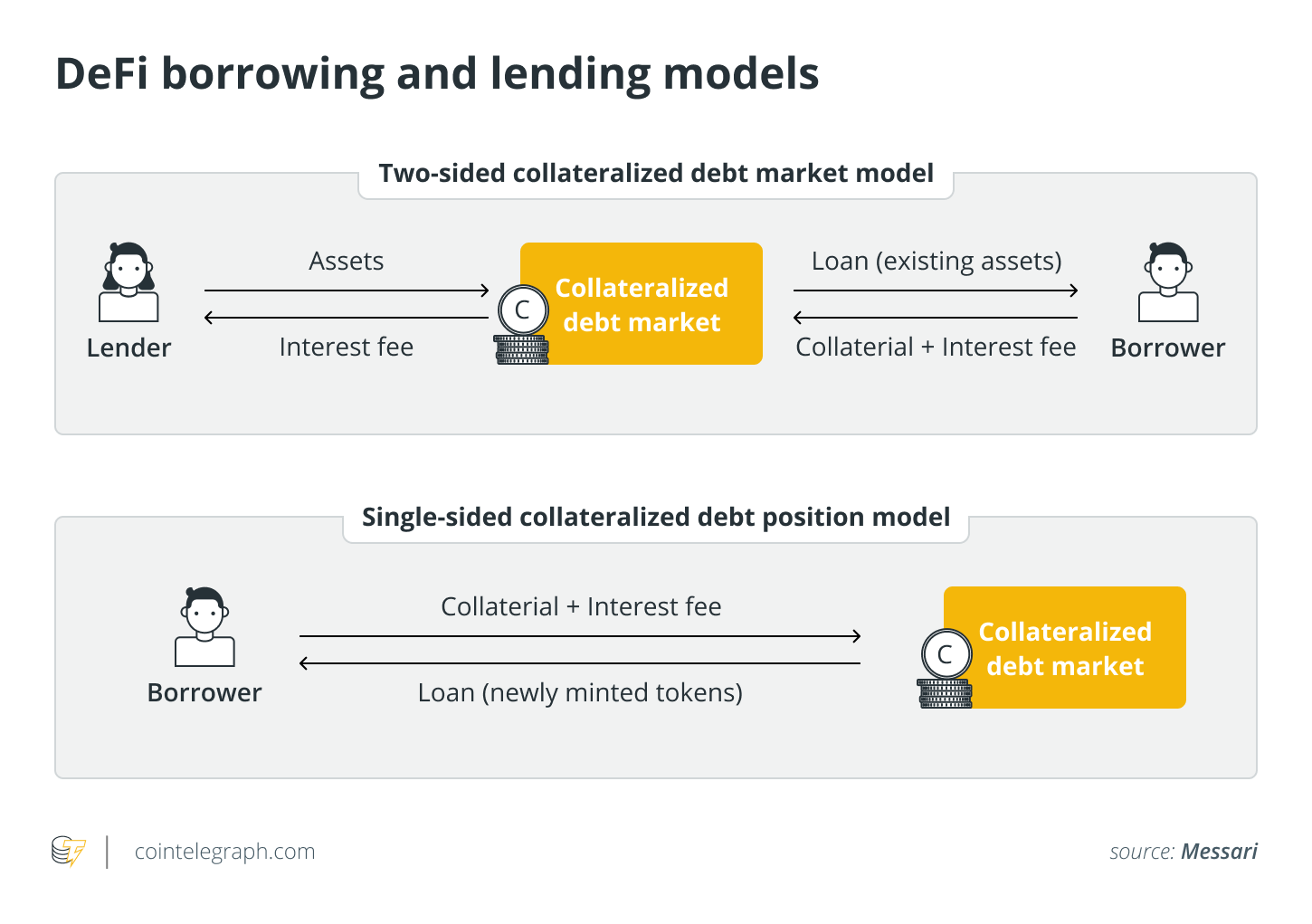 Learning from Maker’s hardships, prominent SAPs have taken additional measures to prevent catastrophic mass liquidations on their platforms. Or, more accurately, they’ve taken more of the same measure: Mirror Protocol requires collateralization levels of up to 250%, and Synthetix demands an audacious 500% from users. Of course, over-collateralization of this magnitude is hardly sufficient to compete with traditional finance, where centralized brokerages provide better metrics hand-over-fist. But there’s another problem, too.To crypto traders for whom exorbitant collateralization requirements and liquidation risks are unpalatable, it makes more sense to ditch SAPs altogether and purchase synthetic stocks and commodities in secondary markets. As a consequence of the shift in demand, significant pricing premiums now persist for many synthetics, thereby eroding the real-world parity they were designed to uphold and once again pushing users back to traditional finance, where they can purchase the assets they want less the brazen crypto markup.

The need for change

At this stage, DeFi has reached a plateau and is stagnating. Meaningful progress demands a radical tokenomic model for collateral management that redefines the relationship between capital efficiency and risk exposure. As the eloquent Albert Einstein professed nearly a century ago:On this accord, SAPs currently remain fixated on upgrading and enhancing collateralization models — that is, optimizing what already exists. None dares to broach the realm of radical transformation.As 2022 dawns and crypto enters a new year, an innovative collateralization model will take DeFi by storm. Rather than locking excess collateral into a contract, users will be able to burn collateral to mint synthetics at an even ratio. That means dollar-for-dollar, sat-for-sat, one-to-one, users get out what they put in — and they’ll never get liquidated or margin called.The key element that underpins such a model is a native token with an elastic supply. When a user first burns an SAP’s native token to mint synthetics there is little benefit to be perceived. But when the same user burns synthetics to re-mint native tokens on the way out, SAP’s burn-and-mint protocol works its magic. Any deviations that exist between the user’s original burned collateral and minted synthetics will be taken care of by the protocol, which marginally expands or contracts the supply of the native token to cover the difference.A radical new paradigm, the burn-and-mint collateral model does away with the drawbacks of liquidations and margin calls without decimating the capital efficiency or price parity that give synthetics their power in the first place. In the year ahead, as degens and number crunchers of all creeds continue forth on their quest for yields, the capital of the crypto mass market will migrate to platforms that adopt various iterations of burn-and-mint mechanisms.As the DeFi landscape experiences its next major transition, all eyes will turn to liquidity management. Deep liquidity stands to be the critical component that will allow SAPs to facilitate large-volume exits from their ecosystems without producing unacceptable volatility. On DeFi platforms where collateral management has been a concern of the past, liquidity management will separate DeFi’s next iteration of blue-chip SAPs from those that do not make the cut.This article does not contain investment advice or recommendations. Every investment and trading move involves risk, and readers should conduct their own research when making a decision.The views, thoughts and opinions expressed here are the author’s alone and do not necessarily reflect or represent the views and opinions of Cointelegraph.

Celebrities that rode the crypto wave in 2021