Cointelegraph editor-in-chief Kristina Cornèr spoke at the United Nations Climate Change Conference, known as COP26, in Glasgow, Scotland, on Tuesday about the positive impact of the cryptocurrency ecosystem on environmental objectives.Arriving in Scotland’s second-largest city following panel hosting duties at Lisbon’s Web Summit last week, Cornèr spoke on topics ranging from establishing interoperable relationships between people and technology to the mining impact of Bitcoin (BTC).Commenting on the disparity between the traditional energy sectors and the crypto community in implementing climate change initiatives, Cornèr argued that the emergence of new technology provides an opportunity to learn, stating:Before she transitioned into the cryptocurrency space, Cornèr established an illustrious background working in the environment sector as a communications manager for the Union of French Entreprises for Energy Efficiency and Ecology before continuing on to study international energy politics and green technologies as a research fellow at the ENERPO Center at the European University.Discussing the often hypocritical tendencies of attendees at global conferences and summits to advocate for universal behavior change at the consumer level, instead of governmental or corporation-led action, she stated:Related: How will blockchain technology help fight climate change? Experts answerNon-profit environmental group, Germanwatch shared their latest iteration of their annual Climate Change Performance Index 2022. The panel of experts spoke to a global audience about the performance of 60 nations that account for 92% of the global emissions.Offering her opinion on the misconceptions surrounding Bitcoin’s mining activity, and the impact of tarnishing a nascent industry for its early flaws, instead of recognizing its future potential for energy efficiency, Cornèr stated: 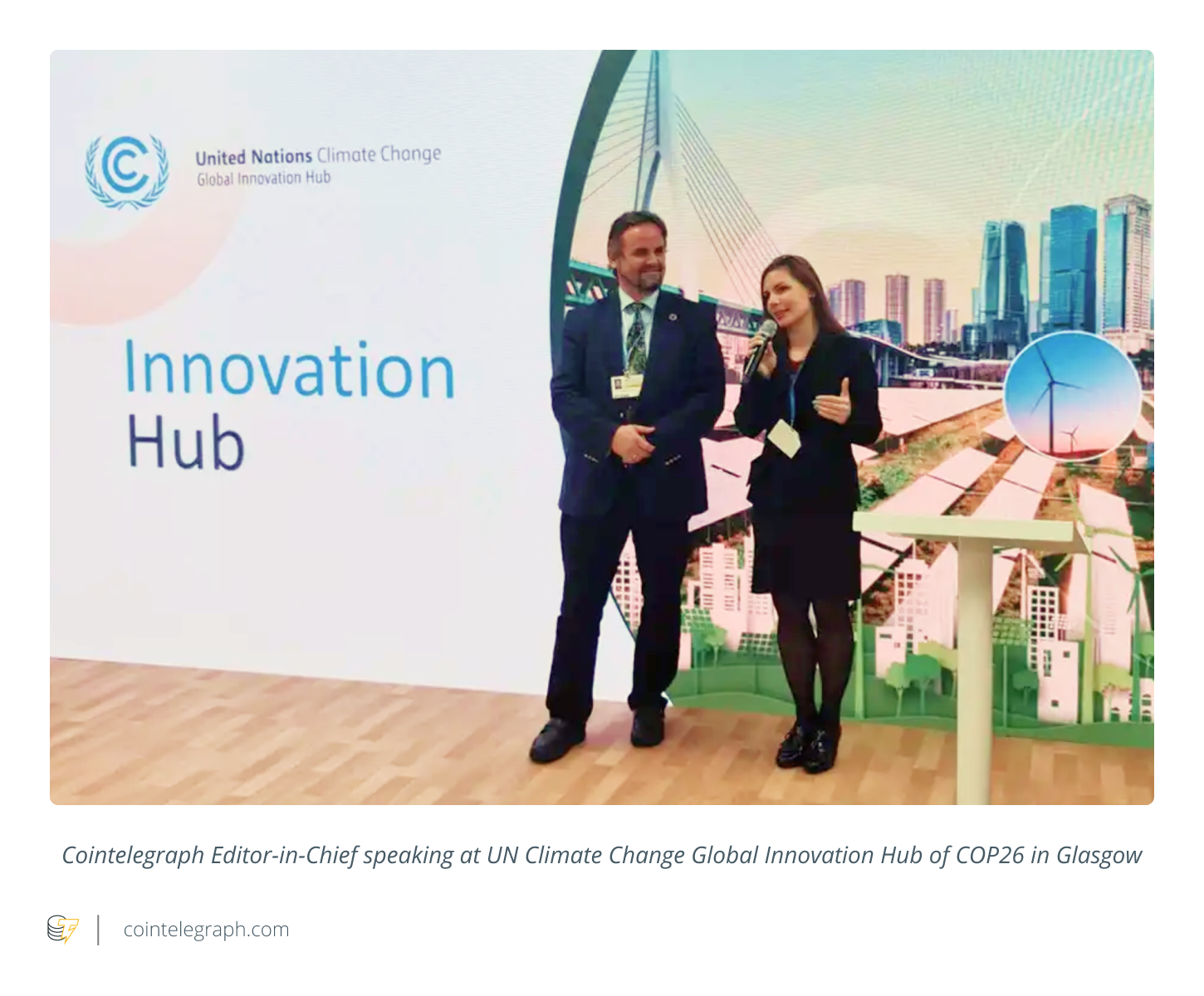 The Crypto Climate Accord is an environmentally-focused initiative comprised of over 150 firms from the crypto, blockchain, tech and energy industries that seek to establish a unified approach to supporting sustainability as well as making pledges for net-carbon output by 2030. Notable participants include Consensys, theWeb3 Foundation, Ripple, Near Protocol and Pixl8, among others.Concluding her speech, Cornèr shared a unifying message about the inherent value of humanity in securing the future prosperity of Earth’s ecosystem:

Fireblocks Being Sued for Allegedly Losing Over $70M of Ether: Report