The Republic of El Salvador has procured 150 Bitcoin (BTC) amid the biggest bear market since Bitcoin attained an all-time high of nearly $68,000 back in the first week of November.Salvadoran president Nayib Bukele announced the purchase of 150 BTC as the market price momentarily slipped below $50,000, losing over 15% in market value.El Salvador just bought the dip!

150 coins at an average USD price of ~$48,670 #BitcoinWhile Bukele’s government was able to make the purchase at $48,670 per coin, the bear market temporarily brought down the Bitcoin price to almost $42,000 after falling over 37% from its all-time high. 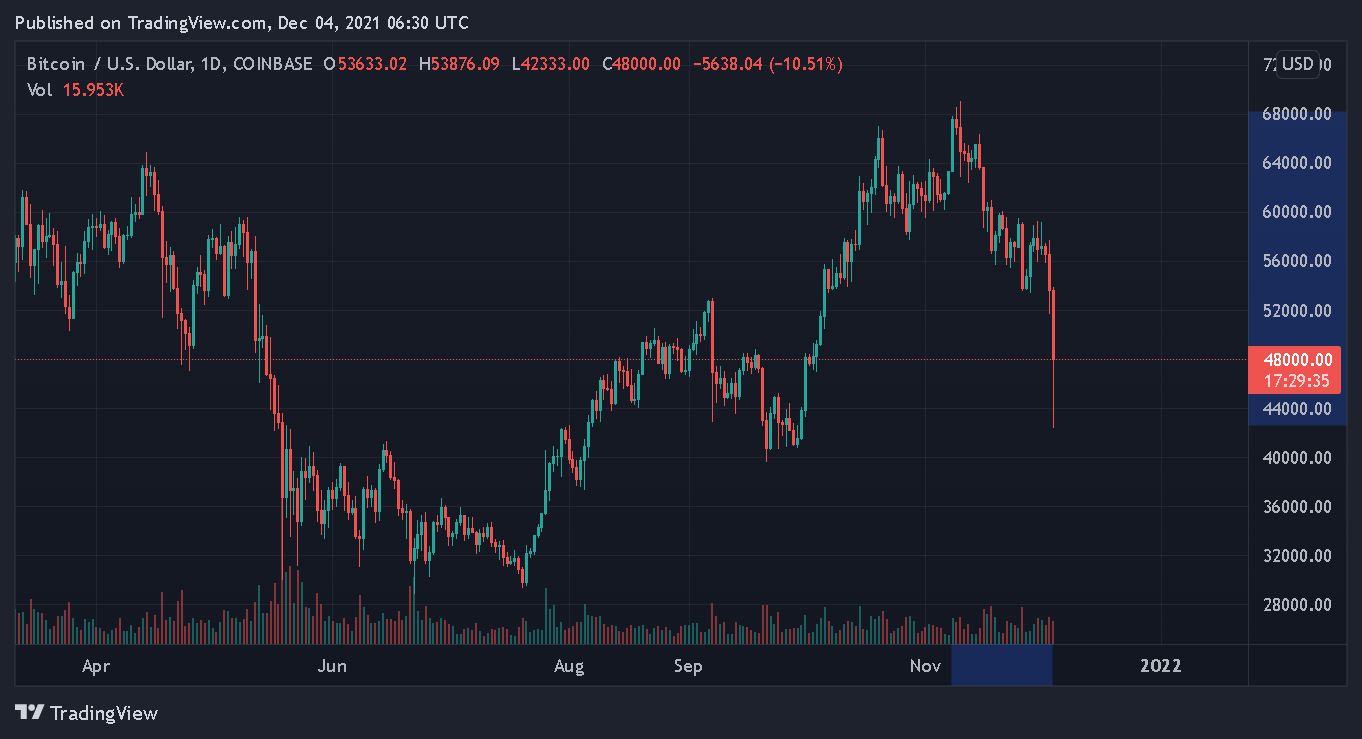 Bukele also acknowledged missing out on purchasing Bitcoin at its bottom as he tweeted:With this purchase, El Salvador’s Bitcoin reserve now amounts to 1,370 BTC, which is worth nearly $60.3 million at the time of writing. Previously, the president announced purchasing 420 Bitcoin on Oct. 28 during a temporary bearish market. The Salvadoran government game plan includes withdrawing unrealized BTC gains in U.S. dollars to fund various developmental projects while maintaining the overall value of the central reserve. Related: El Salvador to inaugurate Bitcoin City backed by $1B BTC bondsOn Nov. 21, President Bukele announced the launch of Bitcoin City, an initiative funded initially by $1 billion Bitcoin bonds. According to Bukele:The Bitcoin City project also sees the involvement of prominent crypto companies including cryptocurrency exchange Bitfinex and Adam Back’s Blockstream, which, according to Bukele, “will soon be home to many local and foreign digital assets offerings developing new digital asset regulation for the country.”

The political Santas and Grinches of the crypto industry in 2021