The wider cryptocurrency ecosystem is in a heightened state of fear on Dec. 6 after the Dec. 3 market sell-off continues to send ripples across the the sector and Bitcoin (BTC) price remains pinned below $50,000. Data from Cointelegraph Markets Pro and TradingView shows that bulls are managing to hold BTC price above $49,000 but the general outlook suggests that additional days of consolidation are in store. 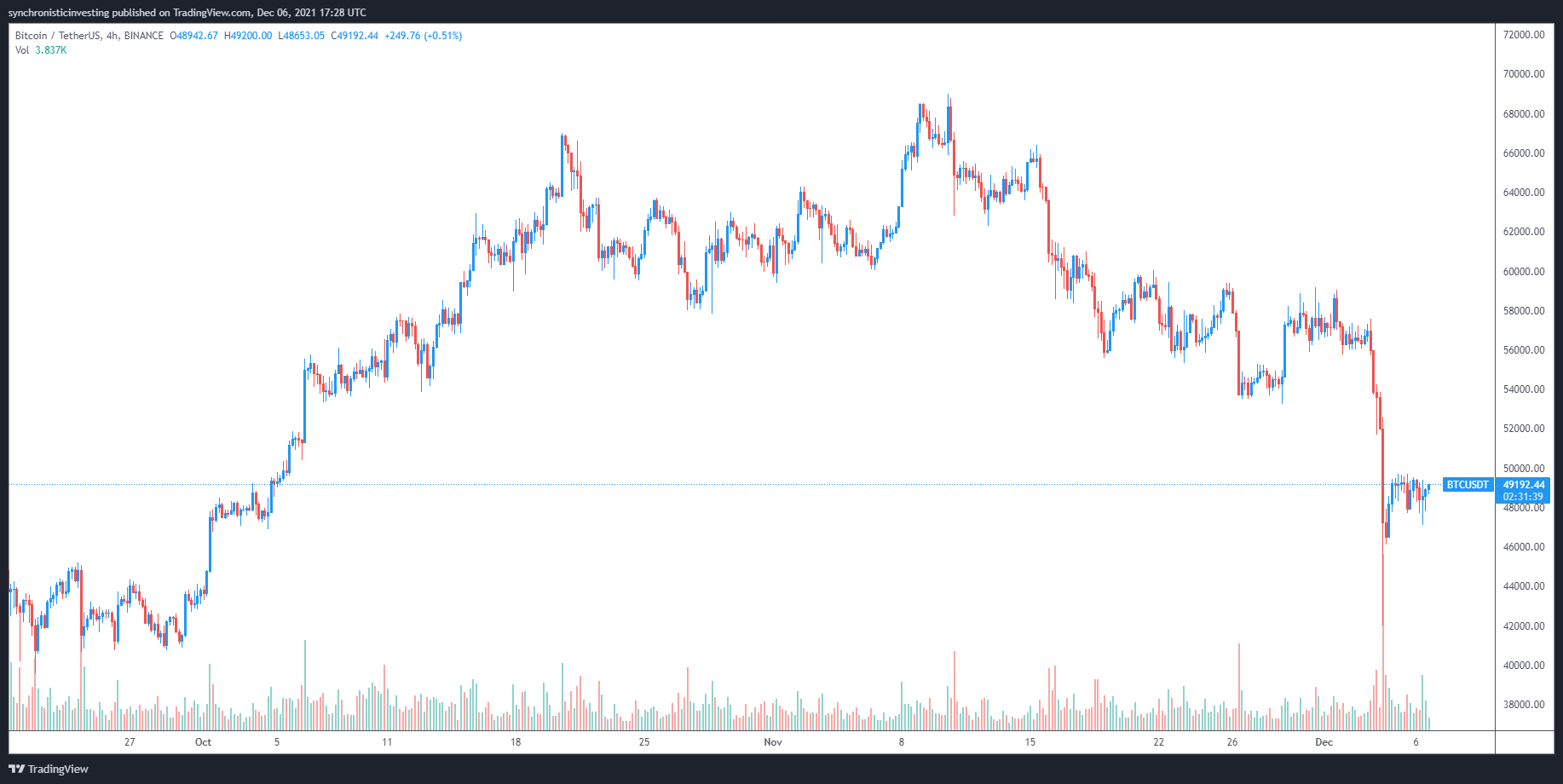 Here’s a look at what analysts are saying about what to expect from BTC price in the coming weeks.

Insight into the weekly price action for Bitcoin was provided by market analyst and pseudonymous Twitter user Rekt Capital who posted the following chart highlighting the major support and resistance zones traders should keep an eye on. 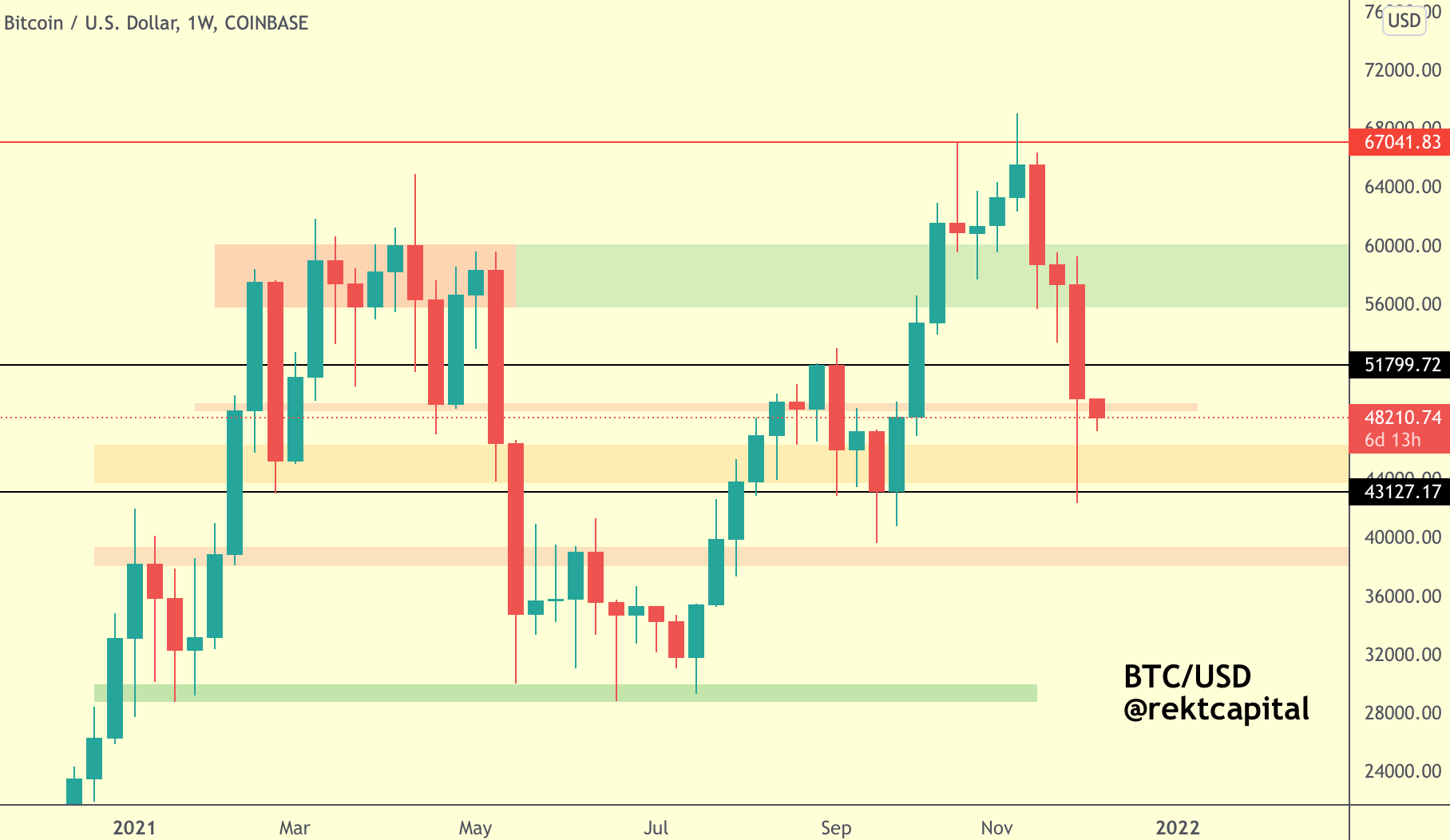 Traders looking to avoid choppy price action in the days ahead would be wise to sit on the sidelines and wait for the market to digest this latest pullback according to analyst and pseudonymous Twitter user Pentoshi, who posted the following chart suggesting a short term recovery in BTC price to $52,000. 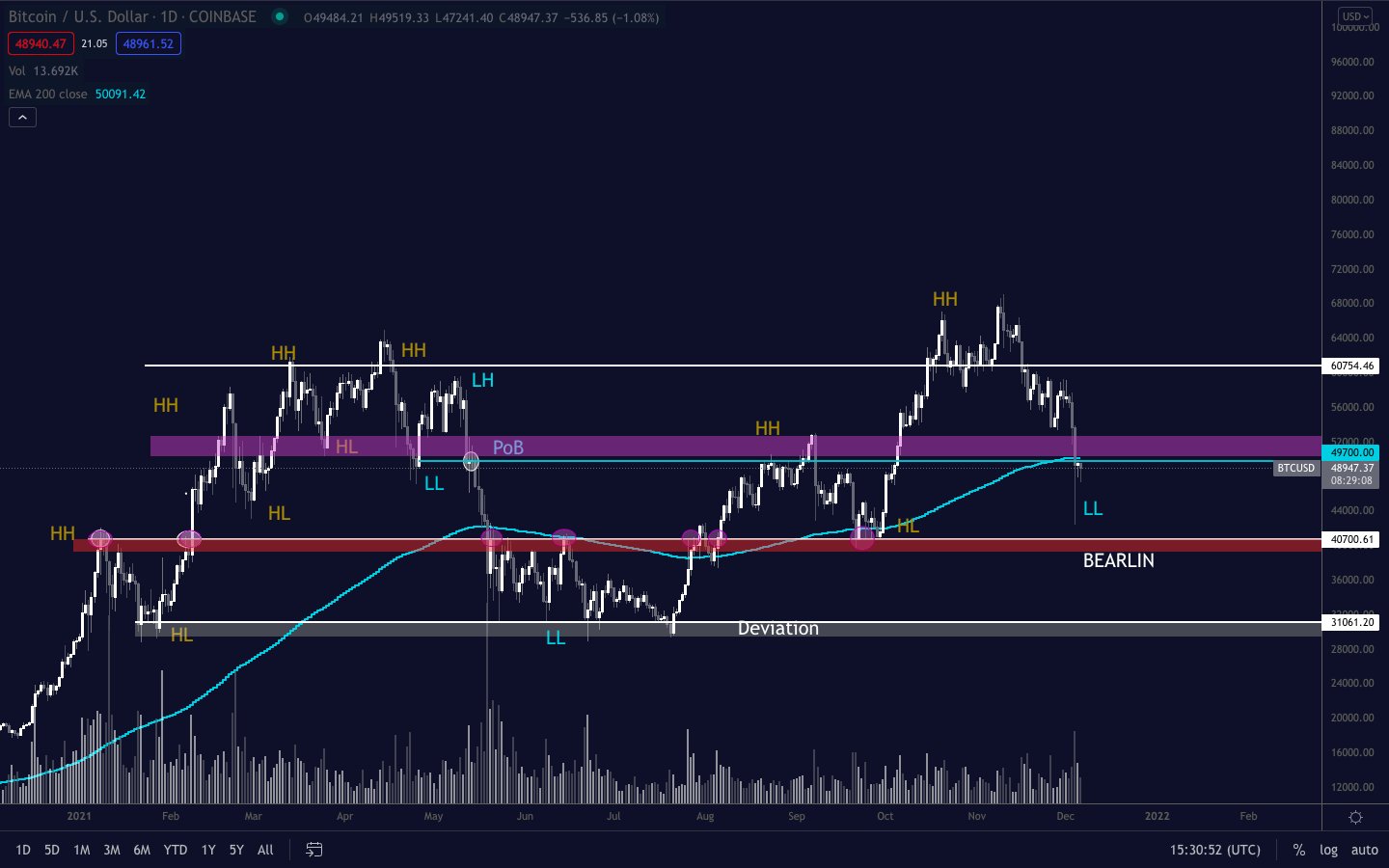 While the analyst does see an eventual recovery in the longer term, Pentoshi warned that the market could be choppy in the short term and traders may find a better entry point if they remain patient. Pentoshi said,

A final bit of insight was offered by independent market analyst Scott Melker, who posted the following tweet laying out the price levels traders need to monitor closely. $BTC

Everything between the 2 numbers now is ranging chop that will drive traders into a panic.

People will be extremely bullish at 53K and bearish at 42K, if either is reached.As seen in the above tweet, Melker identified the range between $42,000 and $53,000 as the choppy zone that will drive traders nuts, while a breakout above that zone is a positive sign for bulls. According to Melker, prices below $42,000 will indicate that bears have the upper hand in dictating BTC price for the foreseeable future. The overall cryptocurrency market cap now stands at $2.285 trillion and Bitcoin’s dominance rate is 40.6%.The views and opinions expressed here are solely those of the author and do not necessarily reflect the views of Cointelegraph.com. Every investment and trading move involves risk, you should conduct your own research when making a decision.

Evergrande crisis: Buy the dip or bail? Pundits weigh in