Bitcoin (BTC) could see a “massive bullish move” if a classic trigger from the 2021 bull run repeats this week.In a tweet on Dec. 16, on-chain analyst Matthew Hyland, known by the Twitter handle Parabolic Matt, drew attention to Bitcoin’s momentum indicator.

While still under $50,000, Bitcoin has already broken out of a long-term downtrend on the momentum indicator, which measures closing prices against those from a period in the past.Two such breakouts have occurred this year, and after each one, BTC/USD went on to see considerable upside.“The previous two times it broke out of a multi-month downtrend this year, a massive bullish move followed,” Hyland wrote as part of comments. 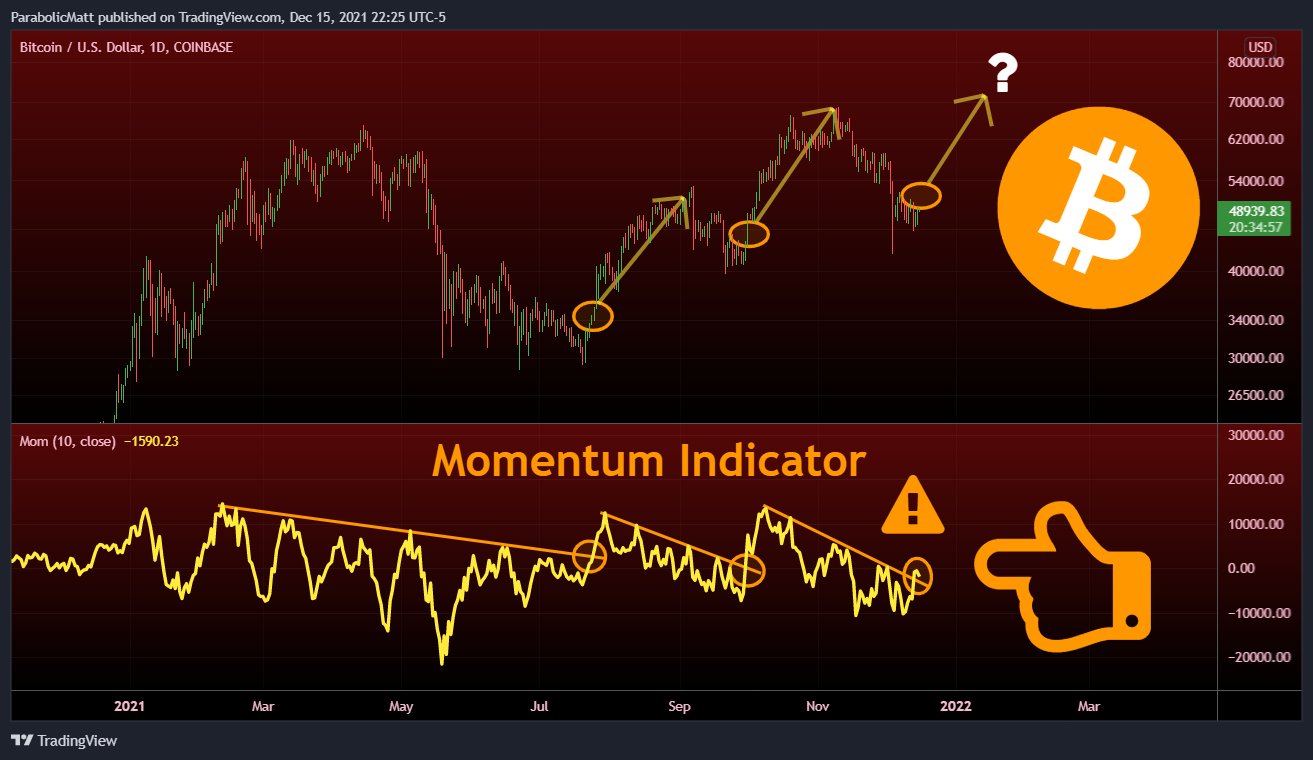 While not a guarantee of “up only” price action, the momentum data joins a large number of on-chain metrics flashing bull signals this month — a list that keeps growing.Hyland is known for his highly optimistic price forecasts, and last month caused a stir by predicting that Bitcoin would hit $250,000 in January 2022 while invalidating one of the popular stock-to-flow price models.#Bitcoin bottom structure on the RSI and Momentum indicators (daily time frame) look very similar to what occurred in September before the reversal up started

•Momentum has broken out
•RSI needs a close above resistance to confirm breakout
•Bitcoin price waiting to breakout pic.twitter.com/XDwiUsSj2UIn further analysis, he noted that both the momentum indicator and Bitcoin’s relative strength index (RSI) on daily timeframes are mimicking behavior from September, when the market put in a local bottom before rising to current $69,000 all-time highs. 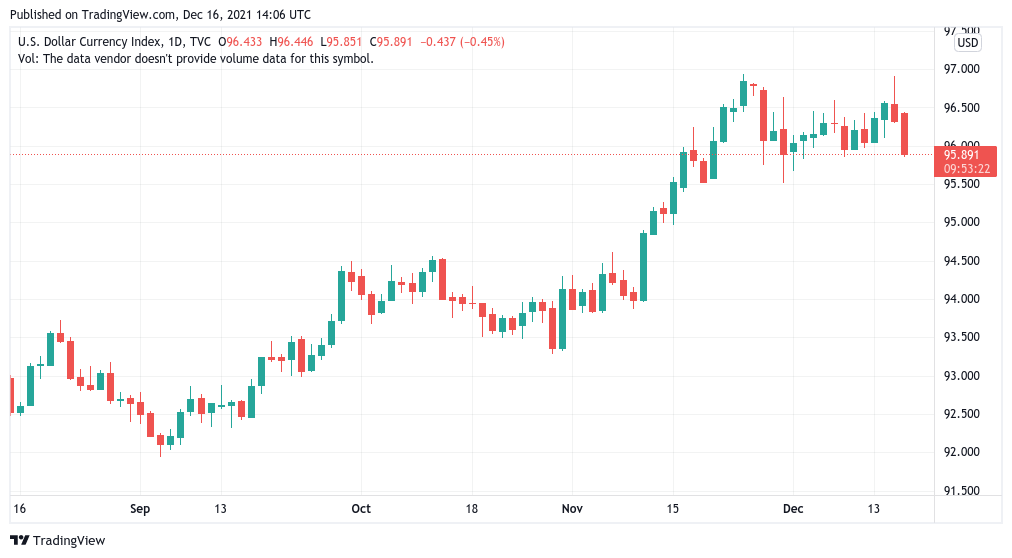 Traditionally inversely correlated with BTC, DXY’s drop follows a boost for crypto and equities alike courtesy of the Federal Reserve.

The battle of banks vs. DeFi is a win for individual crypto investors

Former acting comptroller of the currency joins Voyager Digital’s board