The founder of the $723.5 million Azuki nonfungible token (NFT) project “Zagabond” caused a sh*tstorm yesterday after revealing that they had previously worked on three abandoned NFT projects. After facing strong backlash from the NFT community, they have since apologized for their “shortcomings.” The three projects in question are Tendies and CryptoPunks copycats CryptoPhunks and CryptoZunks. “Zagabond” suggested all three had failed due to a lack of community support and other factors such as team members leaving or high gas fees on Ethereum. After releasing the blog via Twitter, most replies were in support of “Zagabond’s” honesty on the trial and error path that led to Azuki NFTs. However, other sections of the NFT community weren’t as pleased.Really don’t understand all the FUD.

Just like with trading, if one of your projects is underperforming and doing poorly, you should cut your losses.

Why continue to build on a failed project and waste more time and effort?Twitter user zachxbt didn’t mince their words when they posted: “So does Web 3.0 = rugging three projects in less than a year?” before going to recount some alleged misdeeds relating to the CryptoZunks developers pretending to be women in a bid to market the project. Other users like dxv_eth alleged that “Zagabond” had agreed to build a marketplace for the CryptoZunks project and purchase parts of the metaverse in a bid to strengthen the ecosystem but failed to do so before eventually ghosting the community. After being slammed by the community and holding a Twitter Spaces chat, “Zagabond” issued an apology earlier today, noting that:

Iconic pop-musician Madonna and NFT heavyweight Beeple have teamed up to launch a tokenized art collection that humbly depicts the singer as the mother of creation, evolution and technology. There are three different NFT art pieces in total, all of which depict Madonna giving birth to various either trees, butterflies or mechanical centipedes. 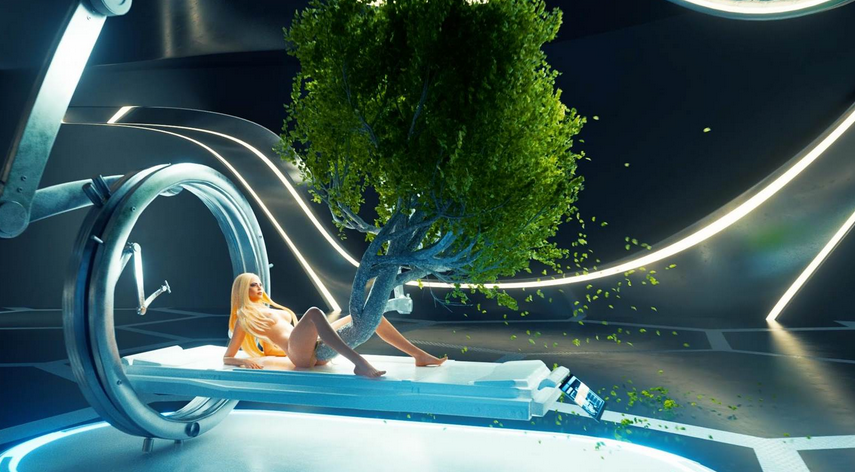 The NFTs are set to go up for auction via SuperRare on Wednesday. Madonna stated that all of the proceeds will go toward three different nonprofit organizations called National Bail Out, V-Day and Voices of Children.Since the beginning of time…….. Leaning into a new virtual world with @beeple

Check back here on Wednesday May 11 at 3pm PST / 6pm EST for the nativity. NFTs dropping on @superrare.

After Dapper Labs announced the $725 million ecosystem fund to boost growth on its Flow blockchain this week, the team has also revealed that it has signed a partnership that will see Flow-based NFTs supported on Instagram. A summary of what’s happened for Flow Blockchain:

What’s next?Dapper Labs CEO Roham Gharegozlou noted on Twitter earlier on Wednesday that the move will be “game-changers” for NFT projects on Flow such as NBA Top Shot, NFL All Day and UFC strike, as it will offer them massive exposure to a global audience.It also marks one of the first major blockchain partnerships for Instagram. The social media company will also roll out support for NFTs on Ethereum and Solana. The CEO also clarified that the $725 million worth of funding will be “mostly investment capital” and not grants handed out to projects that want to build on the ecosystem.

An NFT from one of the original NFT projects CryptoPunks was sold for a whopping 86% loss on Sunday.CryptoPunk #273 sold for a hefty $1.003 million in October, worth 265 Ether (ETH) at the time, but has since fallen from grace amid a tumultuous time for the crypto and blockchain sector, going for a mere $139,836 on Sunday morning. Larva Labs’ CryptoPunks boomed in popularity throughout 2021, and the project was recently acquired by Yuga Labs in March, the team behind the widely successful Bored Ape Yacht Club NFTs. The move doesn’t appear to have done much for the market in the short term, however. 8 of the last 10 Cryptopunks that have been sold have been sold at a loss, led by this one — Cryptopunk #273.

Meta CEO Mark Zuckerberg said that the company is starting to test digital collectibles on photo and video sharing platform Instagram this week, signaling a move toward adding NFTs.Billionaire investor Mark Cuban has tipped commercial smart contract adoption as the next catalyst to drive the crypto and blockchain sector. He argued that networks that only offer NFTs and decentralized finance (DeFi) for the sake of it will eventually crumble.

Bullish all the way? MicroStrategy doubles down on its Bitcoin bet