Consumers in the United States and around the world continue to feel the pinch of inflation and recent data shows that the Consumer Price Index (CPI) rose 6.2% in October when compared to last year, a development which further cast doubt on the “transitory” inflation narrative coming out of the Federal Reserve.Inflation at 6.2% means that if we keep it steady for 10 years, your $100,000 will become $54,800 by then. Compounding is a powerful force. Satoshi is having somewhere right now. #Bitcoin pic.twitter.com/THtshLF1Y0As a result of the high print, traditional financial markets took a hit on November 10 as concerns about runaway inflation and the loss of purchasing power weighed heavily on the minds of investors and major indicies pulled back from new record-highs that were set earlier in the week. That is in contrast to the price action in the cryptocurrency market, where a burst of bullish momentum sparked a 4.7% rally in in the price of Bitcoin (BTC) right as the CPI data as announced. 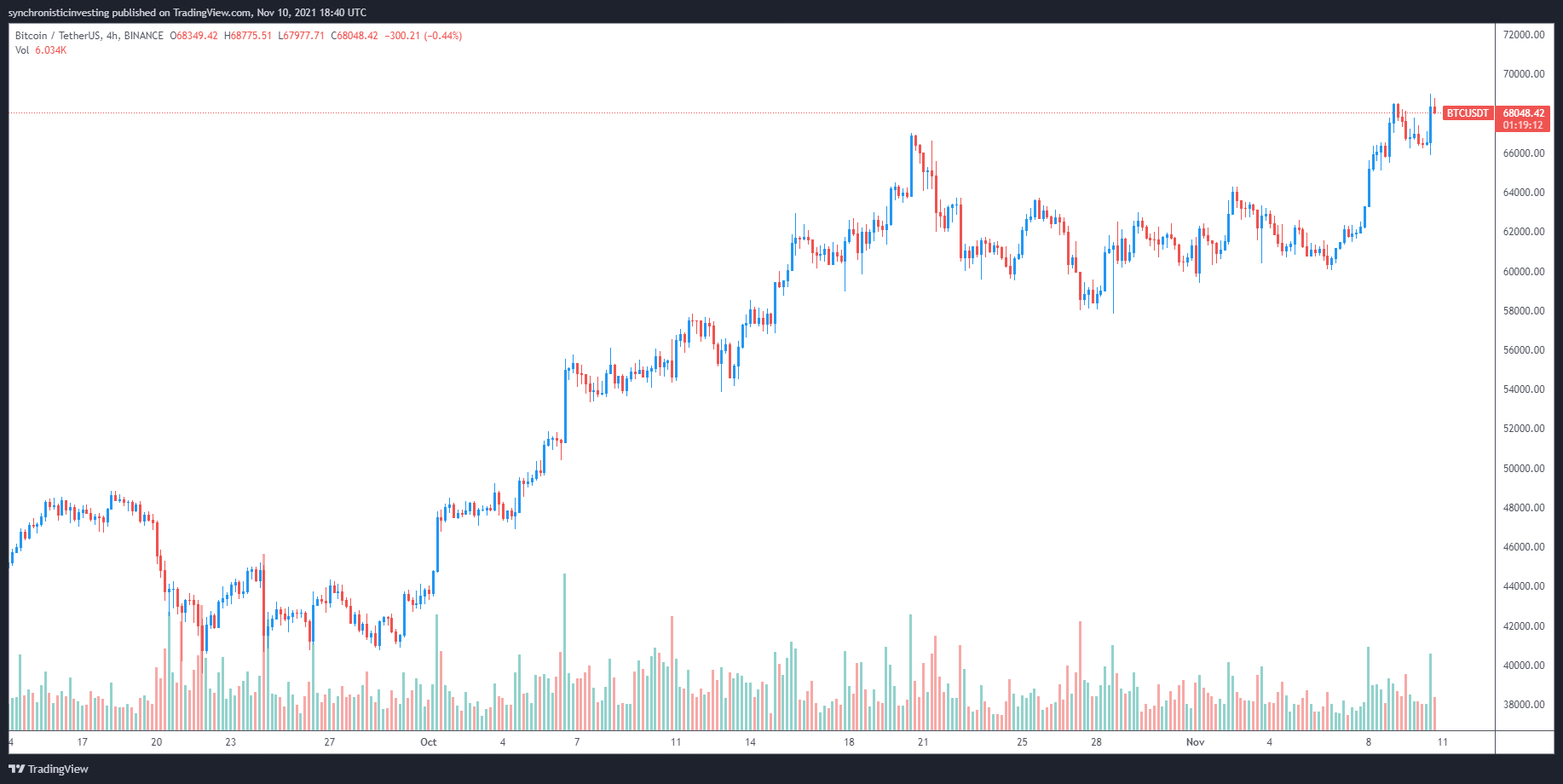 The rapid rise in inflation over the course of 2021 has led to an increasing number of calls for the Fed to end its easy-money policies and raise interest rates. Many claim that the central bank has pinned itself in a corner and has no easy options moving forward because a rise in interest rates could make servicing the U.S. national debt even more challenging. According to recent statements from former U.S. Treasury Secretary Larry Summers: With the control of interest rates being the primary tool at the disposal of the Fed for exerting influence on the market, it appears that there is little else besides continuing to print money that the central bank will be able to do in response to ongoing challenges.

Bad for fiat, good for crypto

Cryptocurrency holders are uniquely positioned to benefit from, or at least receive some shelter from these latest developments because the declining value of fiat currencies like the dollar has highlighted the power of Bitcoin and other altcoins as hedges against currency devaluation and inflation. According to data from Bitcoin Stimulus, Americans who put their $1,200 stimulus check from April 2020 into BTC, would now have $12,172 worth of BTC. This represents an increase of 914%.

And those gains haven’t been isolated to the top cryptocurrency because the entire market has seen an influx of funds that lifted the total market capitalization from $190 billion to $2.95 trillion during the same period.

On top of the increase in value for a large number of tokens on the market, cryptocurrency holders have also been rewarded with numerous cryptocurrency “stimulus checks” in the form of airdrops like the recent one from Ethereum Name Service which created a five-figure payday for early adopters of the protocol. Overall, participants in the cryptocurrency market have benefited from the protection offered by holding assets that are appreciating in value as the purchasing power of fiat currencies deteriorates, a process that shows no signs of slowing down in the foreseeable future if the rate of inflation continues to rise. The views and opinions expressed here are solely those of the author and do not necessarily reflect the views of Cointelegraph.com. Every investment and trading move involves risk, you should conduct your own research when making a decision.