The state of banking and finance today presents a complex labyrinth that even seasoned bankers struggle to navigate. Despite appearances, there is a method to this madness. As Nobel Prize winners like Muhammad Yunus and Joseph Stiglitz have cautioned in the past: central banking, in particular, has morphed to keep the status quo in check. Or, in the words of Mike Maloney, an expert on monetary history and economics: It is “the biggest scam in the history of mankind.” Maloney reasons that giving a small group of unelected individuals the keys to the monetary printing press will undoubtedly rot away the buying power of workers’ savings, for the benefit of the few who benefit from asset price inflation. In the wake of the global financial crisis and devastating bank runs around the world, individuals and small business owners who simply want to keep the wealth they have earned are increasingly asking: Is my bank working for me, or am I working for my bank? But, until recently, there were simply no alternatives to central bank currencies, nor could anyone provide the services of commercial and investment banks. Today, with cryptocurrencies and decentralized finance (DeFi) platforms on the scene, institutional banks are no longer the only players in the game. What was once the unquestioned, and even unchecked power, of institutional banks before the 2008 financial crisis, is now up for grabs as thousands of new entrants compete to change the foundations of financial systems as we know it.So, what does this mean for the average person?

To clear some of the fog, let’s compare the benefits of DeFi versus traditional and centralized banking and finance, from the perspective of the individual and small and mid-sized enterprises (SME) business owners.

In traditional banking and finance:

The individual takes on the risk of lending their savings to banks. Most banks use fractional-reserve banking, which means if someone deposits $100, the bank can lend out $90 and only has to keep $10 of it on hand at any time. Much of this is invested in complex financial instruments that may be highly exposed to credit defaults, as the 2008 crisis showed. 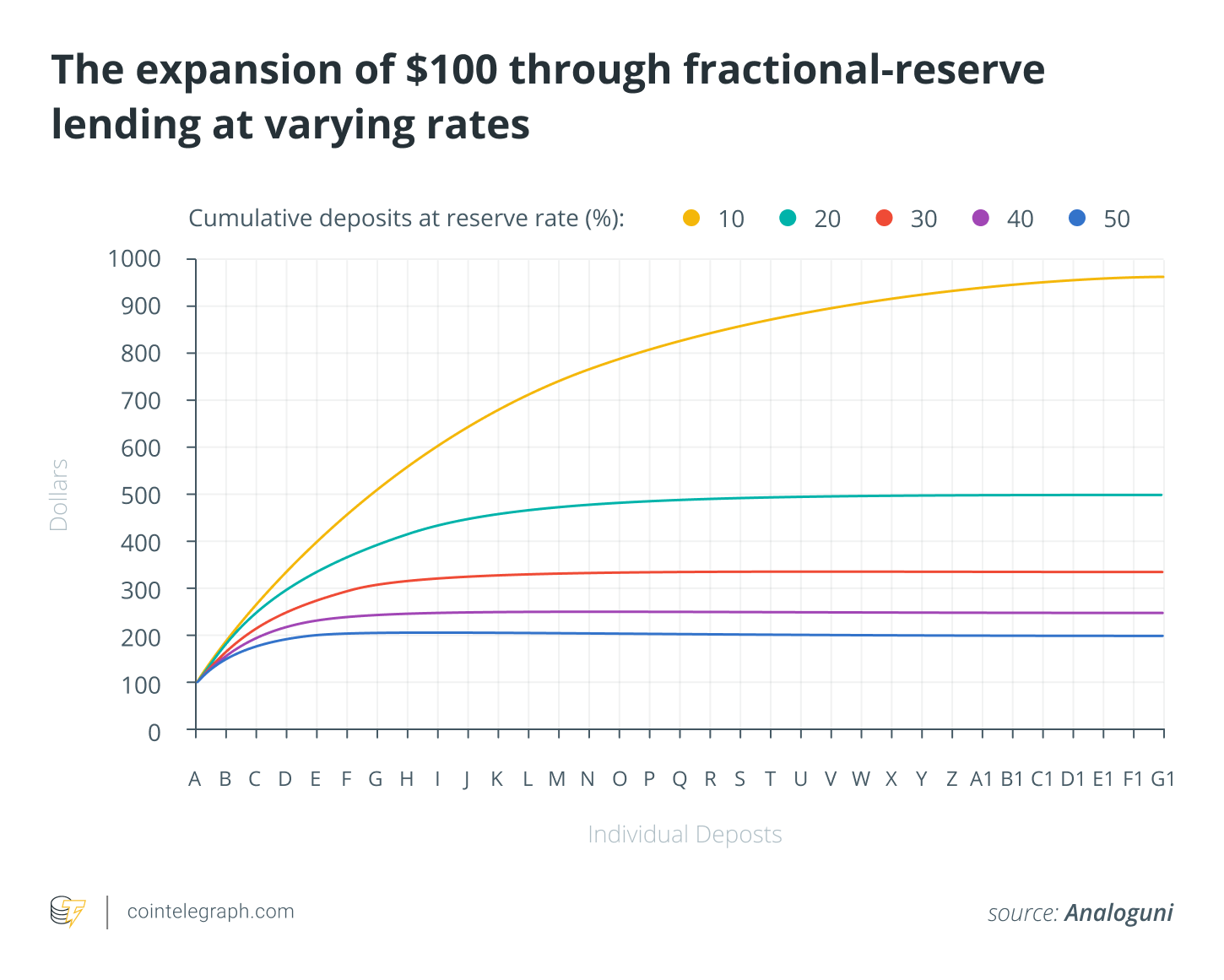 The individual’s buying power declines by default. Fiat money stored in banks is tied to the monetary system, which can be devalued by inflation and currency debasement. So, if you put $100,000 into a bank account at the start of the year, and United States dollar currency debasement is 10% for the year, then by the year’s end, your savings can buy 10% less than before. US Dollar Index vs. Bitcoin over the last 9 months…$USD $BTC pic.twitter.com/pb4Ico6YO1Standard interest rates can be around 0.03% to 0.09%. But, if currency debasement is 10%, for instance, then you’re still down 9.91-9.97%. 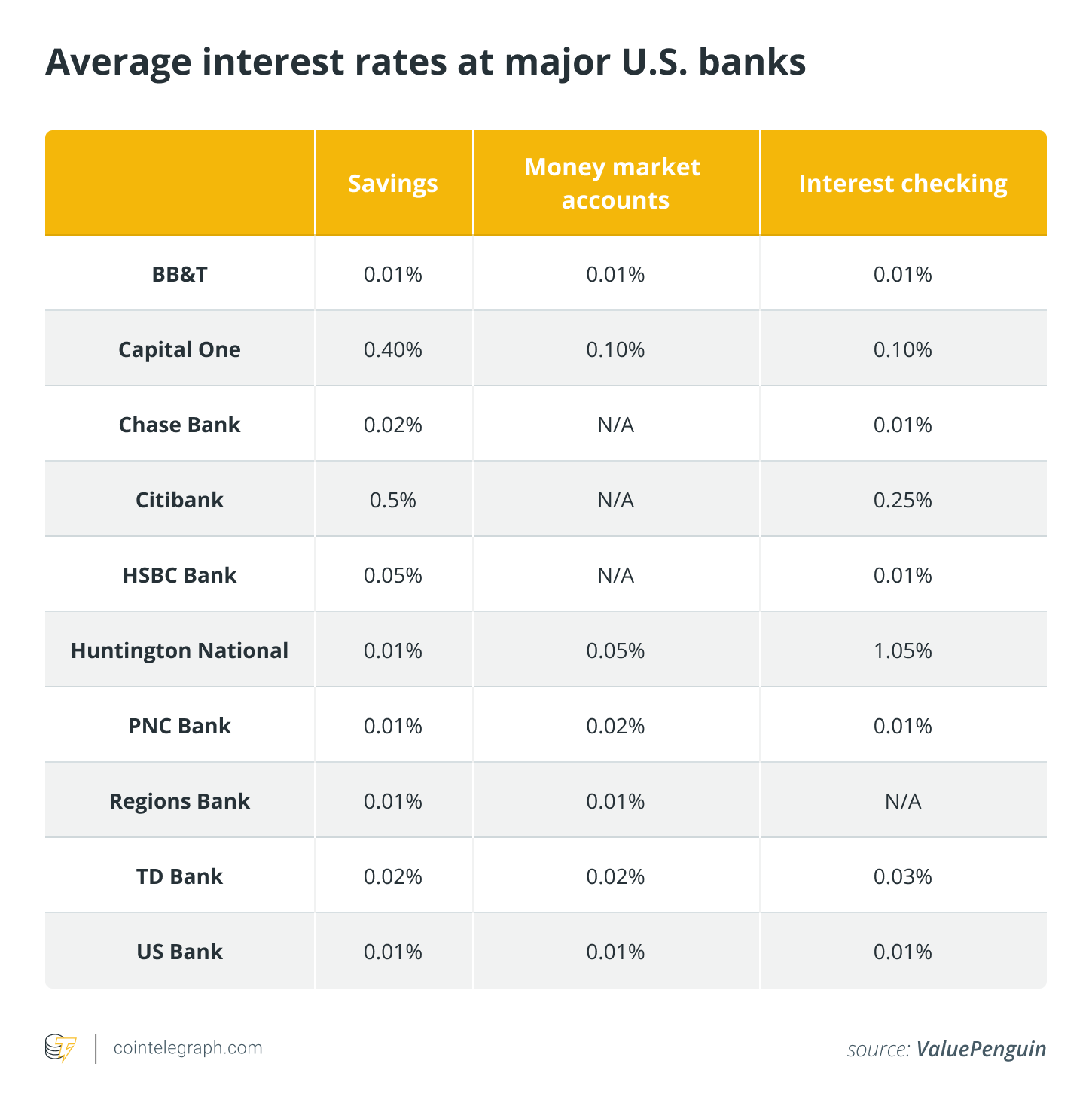 There are often hurdles opening accounts and accessing certain banking services. Banks set their own arbitrary requirements such as loyalty, minimum balances (eg., $2,000,000), credit checks and access to banking services.The individual’s data is tracked and is technically the bank’s data, according to Riley v. California, 573 U.S. 373 (2014).The range of financial products offered is limited. Loan applications are usually tedious and difficult to pass, excluding many who may need it the most.

In comparison, in decentralized finance:

Overall, the newfound benefits of decentralized finance are sure to give traditional banks a run for their money. Indeed, as analysts like Robert Breedlove suggested, according to the principles of Game Theory, institutional banks will have no choice but to join the revolution to remain relevant. Even conservative fund managers like Ray Dalio and David Morgan have joined the bandwagon, publicly speaking about adding cryptocurrencies to their portfolios. Just recently, United Wholesale Mortgage announced they will accept Bitcoin for mortgage repayments. And, with the news of the world’s first Bitcoin exchange-traded fund (ETF), the rate of adoption of decentralized finance within traditional finance is set to take off even further. It seems that decentralized finance has won its first battle. But, the war is not over yet. At the time of writing this article, up to 98 percent of the world’s executives that were surveryed remain invested in the traditional banking system. Indeed, over $127 trillion of funds globally are managed through banks and bank-centric payment gateways, whereas the market cap on cryptocurrencies is at a paltry $2.2 trillion in comparison (less than 2%). Suffice it to say, it is still early days for decentralized finance.This means that in the next 10 years at least, there remains a sizable addressable market for companies seeking to bridge the gaps between the new decentralized finance and the old centralized finance. Driving this growth is the rising regulatory acceptance of crypto and the availability of new tools for businesses to use crypto in a compliant way.Firstly, major financial hubs like Singapore now have clear licensing regimes for crypto companies. This allows crypto companies to operate with the same legitimacy as traditional financial institutions. Regulatory acceptance gives institutional investors and large multinational businesses the confidence to transact in crypto.Secondly, there are now tools that allow businesses to manage their crypto payments in a compliant manner. For instance, remote workers and business owners can issue and track invoices denominated in one currency, like USD, and get paid in any other currency, like Ether (ETH). This simplifies processes like invoicing, payroll and accounting in crypto.So, while decentralized finance is yet to achieve mainstream adoption, two things remain certain for the individual. First, as the rate of adoption of DeFi increases, the need for banks to compete to win your business will also increase. Second, for the first time in history, you as an individual have more power than ever to benefit from the changing state of finance. That is perhaps the greatest victory of them all. This article does not contain investment advice or recommendations. Every investment and trading move involves risk, and readers should conduct their own research when making a decision.The views, thoughts and opinions expressed here are the author’s alone and do not necessarily reflect or represent the views and opinions of Cointelegraph.

Bitcoin miner to go public on Nasdaq after $4B SPAC merger