Bullish traders that drank the “Bitcoin to $100,000 by year-end” Kool-Aid are now coming to terms with the fact that there may be no Santa Claus rally to wrap up 2021. At the moment, the pipe dream has morphed into simple hopes that the top cryptocurrency can at least finish the year above $50,000. Data from Cointelegraph Markets Pro and TradingView shows that the bounce in price seen in BTC following remarks from Federal Reserve Chair Jerome Powell has pretty much evaporated and over the past 48-hours the price has swept fresh lows at $45,500 and from the look of things, the price could drop even further. 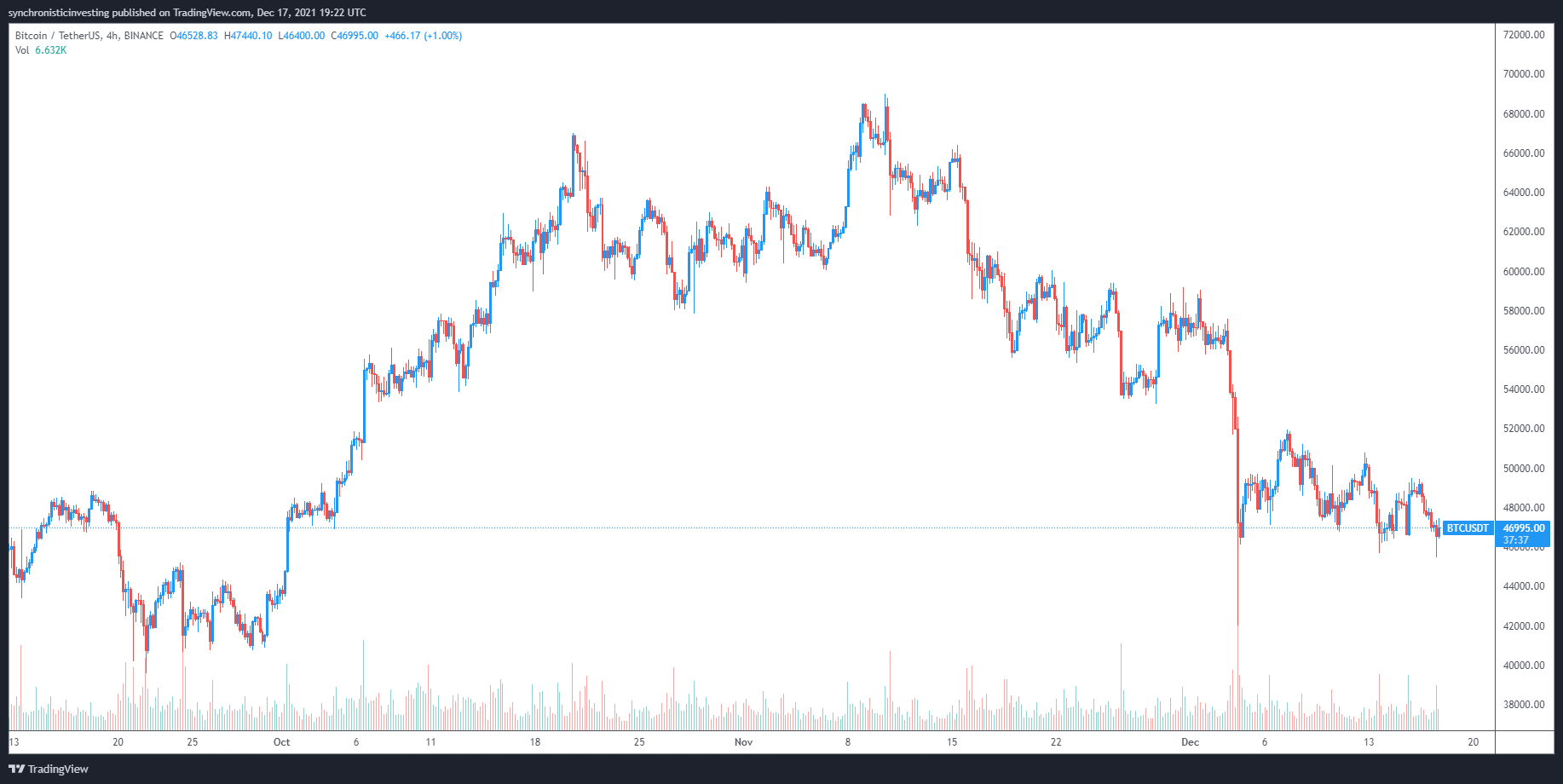 Here’s a look at what traders think about Bitcoin’s current price action and what could be in store for the remainder of 2021.

Pseudonymous Twitter analyst, Rekt Capital, compared the current price action to the consolidation seen in May through July. 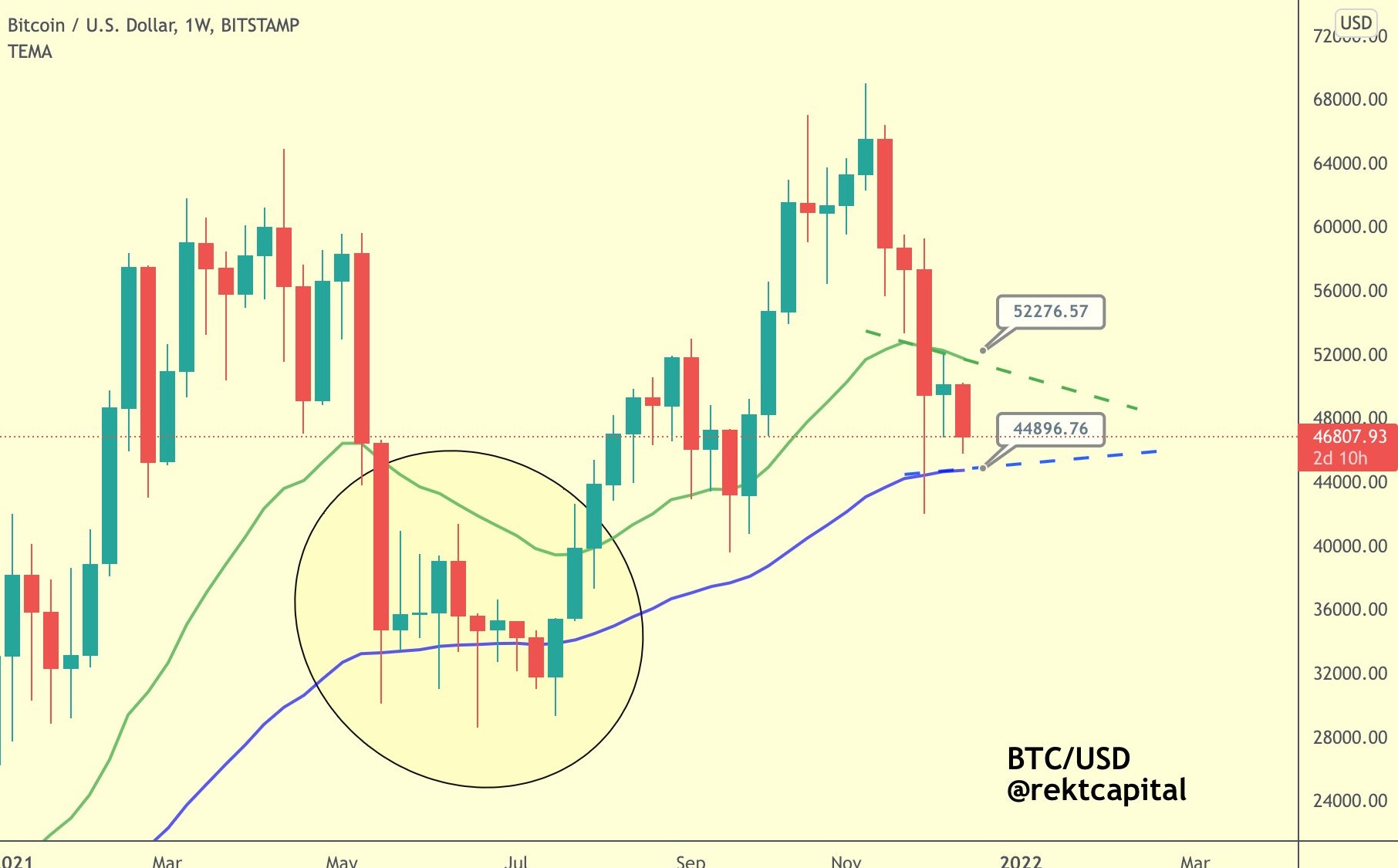 Rekt Captial said, If a similar pattern were to play out, the price of BTC could continue to consolidate and drift lower for another six to eight weeks before resuming its uptrend.

A similar scenario was forecast by Cointelegraph contributor Michaël van de Poppe, who posted the following chart outlining a rough sketch of how BTC price action could unfold over the next couple of months.

Based on the chart provided, van de Poppe sees the possibility of another drawdown to the $44,000 range, which will be followed by a return to the current levels for a brief consolidation period and then a resumption of the uptrend.

A final bit of insight came from cryptocurrency analyst TechDev, who posted the following chart detailing a more macro view of BTC’s price action after each halving cycle.

TechDev identified two previous instances where BTC price saw intense periods of volatility only to be followed by a late stage rally and blow-off top scenario to a new all-time high.TechDev said, Follow-up tweets and responses pointed to a generally bullish outlook for BTC in the long term for TechDev, who stated that “all eyes on the retracement levels.”The views and opinions expressed here are solely those of the author and do not necessarily reflect the views of Cointelegraph.com. Every investment and trading move involves risk, you should conduct your own research when making a decision.