Speaking at a COP26 press conference in Glasgow, Scotland on Wednesday, a panoply of experts from the tech-environmental sector spoke to global citizens across the world about improving coordination and support for climate action with blockchain technology.The GloCha United Citizens Organization for Action for Climate Empowerment has been launched at COP26 as a blockchain-based quasi-international organization located in Klagenfurt, Austria. It will now seek to utilize blockchain technology to advance climate change objectives in alignment with the UN SDGs. The UCO is rooted in the Action for Climate Empowerment Innovation Project, or ACE_AT, as well as Global Challenges Action Empowerment Consortium, or GloCha. It serves to facilitate open discussions about society’s collective vision for climate action and to empower large-scale resource mobilization.GloCha has partnered with the UN Habitat Youth Programme and Climate Chain Coalition, among others, to collaborate with youth climate groups to construct the technological and institutional infrastructure required to meet the UN’s Sustainable Development Goals through impact-oriented entrepreneurship models. Hosted by the GloCha founder Miroslav Polzer, panelists included Romi Sumaria, Dairou Sidiki, as well as Cointelegraph’s editor-in-chief, Kristina Cornèr representing as a media partner of UCO, among others. Co-Founder & CEO of Oblique Life, Romi Sumaria, spoke about the opportunities for mobilizing financial and human capital towards climate change initiatives through the implementation of blockchain technology, stating:The organization’s roadmap outlines their objectives to publish a whitepaper report in late February 2022, followed by registration offering in early April 2022.Additional considerations include the distribution of carbon footprint compensations Cryptostamps, resource mobilization through DAOs, as well as support to several society engagement projects. UCO will work alongside respective governmental regimes to build these partnerships over the coming months, with expected deployment to commence at the COP27 hosted by the continent of Africa in November 2022. 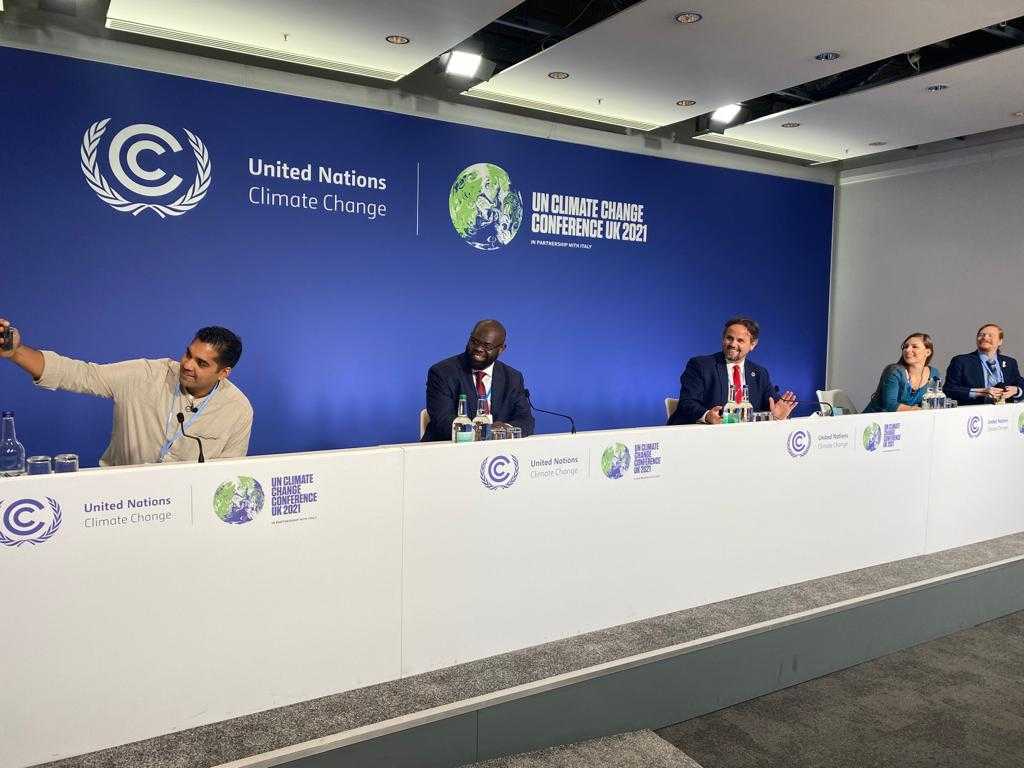 CEO of APCD Chad, and long-standing partner of GloCha, Dairou Sidiki, commented on the importance of engaging African citizens on issues concerning sustainable development, as well as fostering the development of innovative solutions:Related: Measuring success: Offsetting crypto carbon emissions necessary for adoption?Over the duration of the COP26 conference, a number of thought leaders in both the environmental and crypto ecosystem have expressed valid concerns about the rising energy intensive activities on blockchain networks such as Bitcoin.The leading digital asset has discouraged climate experts for its heavy reliance on fossil fuels to sustain the production of mining activities, a fundamental pillar of its establishment and operations.Earlier this year, an expert research team at the University of Cambridge published the Bitcoin Electricity Consumption Index which calculated that Bitcoin consumes 121.36 terawatt-hours annually, a seismic figure which ranks above entire nations such as Argentina for energy consumption. A number of cryptocurrency firms intent on researching and developing solutions to decarbonize blockchain activities have also gained traction in recent months.Jack Dorsey’s Square teamed up with Ark Invest this year to publicize a memorandum arguing that Bitcoin presents a unique opportunity to propel innovation and adoption of a green network grid solely powered by renewable energy sources.What can fix this problem is an ecosystem where solar/wind, batteries, and bitcoin mining co-exist to form a green grid that runs almost exclusively on renewable energy. Not only is this doable, it is doable without jeopardizing the sector’s profitability.Citing analytical data metrics such as the Levelized Cost of Energy, or LCOE, and Transmission capacity to determine the ease of transition towards green production, the report concluded:

Crypto has gone from ‘weird’ to ‘cool’ thanks to NFTs, says Visa executive

To work for everyone, the Metaverse must be decentralized